Here are a few other facts we learned from this new AVA data:

The Washington Post
Bill Maher and Mike Huckabee argued about Christianity, and they were both right 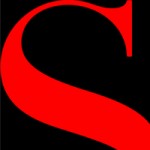