Earlier this year, we took a look at the top three religious traditions that dominate the U.S. Now, using the metro areas variable of the American Values Atlas (AVA), we turn to our country’s cities, where we find a similar trend: Catholics and the religiously unaffiliated dominate. Here are a few other facts we learned:

Explore more of the AVA here. 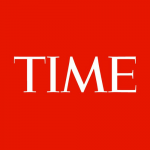 Time
These Are the Least Religious Cities in the U.S.

The Huffington Post
These Are The Largest Religious Groups In American Cities
Related Research
The Three Religious Traditions That Dominate the U.S.
How Religiously Unaffiliated Is Your City?
The Religion and Politics of Iowa: A State Portrait from PRRI’s American Values Atlas
Thanks for signing up!
Tweet
Tweet
Tweet