More Americans than ever are choosing to forgo formal religious attachments—the religiously unaffiliated make up 22 percent of the U.S. population overall—but the American Values Atlas shows that the religious landscape varies considerably state by state. Recently, we took look at the top three religious traditions in each state—but what about America’s cities? The least unaffiliated city in the U.S.? Nashville, with only 15 percent of its residents identifying as religiously unaffiliated. A plurality (38 percent) of Nashville is white evangelical Protestant.

In fact, generally speaking metro areas in the South have far fewer Americans who identify as religiously unaffiliated than those in the Northeast or West coast.

Find out the religious make-up of your city and state by visiting the AVA.

The American Values Atlas is based on more than 50,000 interviews. Metro areas are based on U.S. Census definitions. The metro areas included in the AVA include the largest and most culturally important urban centers in each region. 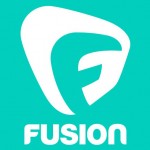