Today we launch the American Values Atlas, a new, online tool that lets users see how Americans in each region, state, and major metro area feel about immigration, same-sex marriage, and abortion—in addition to seeing their religious, political, and demographic attributes. Based on more than 50,000 interviews overall and 40,000 for select issues—immigration, same-sex marriage, and abortion—it may be difficult to know where to start!

But we have you covered: here are the top ten things the AVA tells us about America’s evolving religious landscape.

1. For the first time ever, America is not a majority Protestant nation. Only 47 percent of America identified as Protestant in 2014. At 81 percent, Mississippi is the most Protestant state in the union and Massachusetts is the least at 26 percent.

2. White Christians are the minority in 19 states. Hawaii and California have the smallest white Christian populations of any state—20 percent and 25 percent, respectively. White Christians also make up a modest proportion of the residents in other western states, including Oregon (43 percent), Washington (42 percent), Nevada (36 percent), and Arizona (38 percent).

5. The Northeast is still Catholic country. Over one-third (34 percent) of Northeast residents identify as Catholic—and 77 percent of the Catholics are white. Rhode Island is the most Catholic state in the union—more than 4-in-10 (44 percent) Rhode Islanders are Catholic.

7. Hispanic Catholics make up an increasing proportion of Catholics. In the 2000s, the ratio of white to Hispanic Catholics was nearly 3-to-1; today, that ratio is 2-to-1. And that number is likely to rise: of young Catholics (age 18-29), nearly half (49 percent) are Hispanic, while 40 percent are white, non-Hispanic.

10. Unitarians and white evangelical Protestants are aging, while Hindus and Muslims tend to be younger. Unitarians have an average age of 55, 7 years older than the national average (48 years). White evangelical Protestants and white Catholics also tend to be older than average, with 54 years old as adherents’ average age. Hindus and Muslims, on the other hand, have an average age of 36. 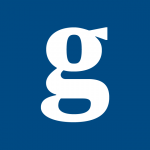 The Guardian
Christian charities preach helping the less fortunate, unless you’re gay
Related Research
The Three Religious Traditions That Dominate the U.S.
The Top Two Religious Groups That Dominate American Cities
Is America a Christian Nation? Majority of Americans Don’t Think So
Thanks for signing up!