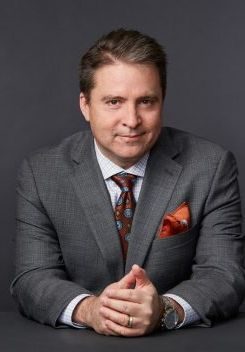 Robert P. Jones (he/him) is the president and founder of PRRI and a leading scholar and commentator on religion, culture, and politics.

Robert P. Jones is the president and founder of Public Religion Research Institute (PRRI) and the author of White Too Long: The Legacy of White Supremacy in American Christianity, which won a 2021 American Book Award. Jones writes regularly on politics, culture, and religion for The Atlantic online, NBC Think, and other outlets. He is frequently featured in major national media, such as CNN, MSNBC, NPR, The New York Times, The Washington Post, and others. He is also the author of The End of White Christian America, which won the 2019 Grawemeyer Award in Religion. Jones writes weekly at https://robertpjones.substack.com, a newsletter for those dedicated to the work of truth-telling, repair, and healing from the legacy of white supremacy in American Christianity.

He holds a Ph.D. in religion from Emory University, an M.Div. from Southwestern Baptist Theological Seminary, and a B.S. in computing science and mathematics from Mississippi College. Jones was selected by Emory University’s Graduate Division of Religion as Distinguished Alumnus of the Year in 2013, and by Mississippi College’s Mathematics Department as Alumnus of the Year in 2016. Jones serves on the national program committee for the American Academy of Religion and is a past member of the editorial boards for the Journal of the American Academy of Religion, and Politics and Religion, a journal of the American Political Science Association.

Jones served as CEO of PRRI from the organization’s inception in 2009 to 2022.  Before founding PRRI, he worked as a consultant and senior research fellow at several think tanks in Washington, D.C., and was an assistant professor of religious studies at Missouri State University.