President Trump is reshaping the country’s immigration system one executive order at a time—but do his executive orders align with what the American people want? Not necessarily, at least when it comes to deportation, writes PRRI’s Robert P. Jones in his latest Atlantic column:

Very few Americans, and even few Republicans, say their preferred policy solution to the country’s illegal immigration problem is the deportation of an estimated 11 million people. That is the clear result of a study based on over 120,000 interviews with Americans—including 40,509 conducted during the 2016 campaign—that was conducted by my organization, PRRI, over the last three years. 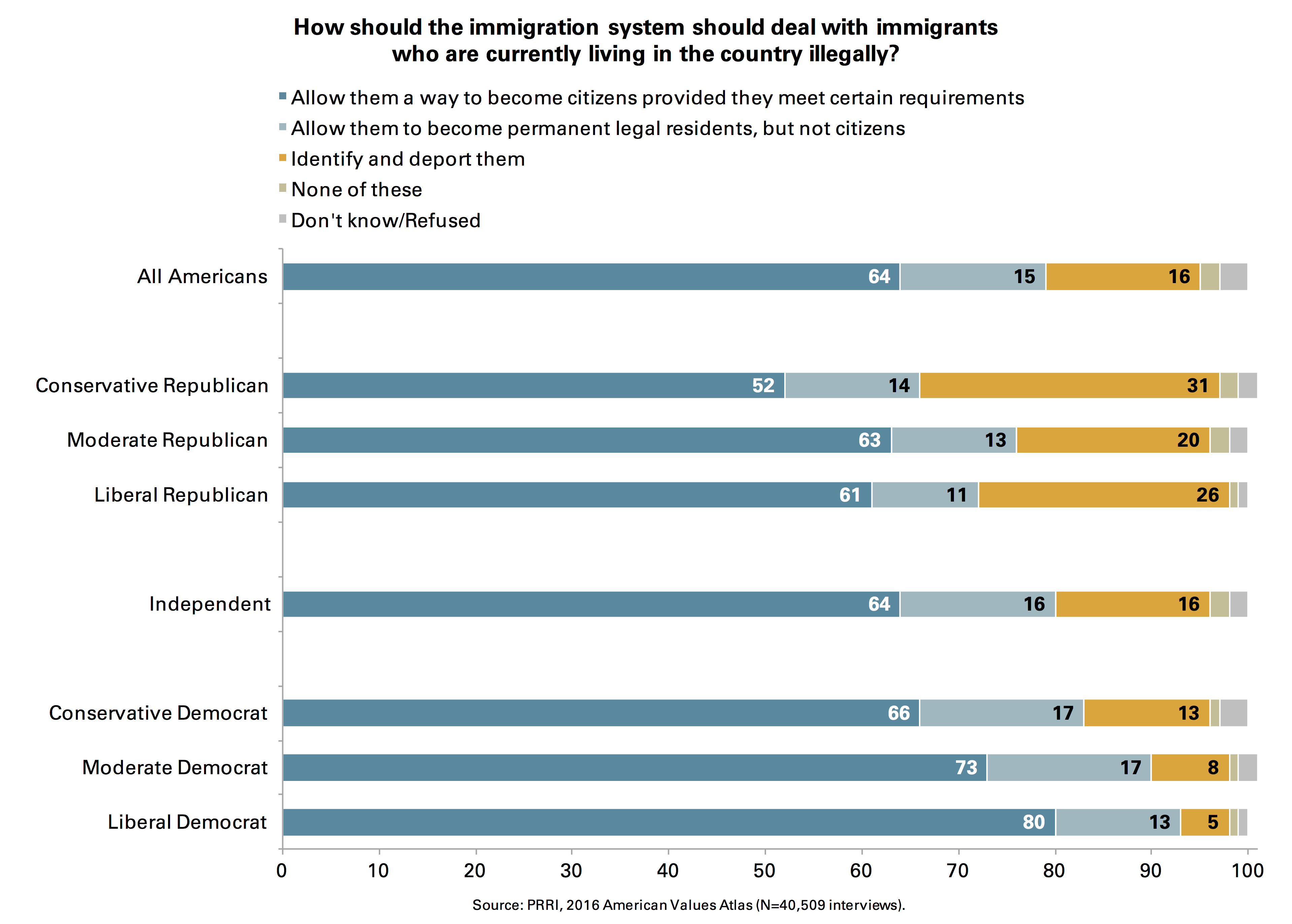 Through the ups and downs of immigration-reform legislation and even under the darker shadows of the 2016 election season, American opinions about concrete policy solutions have remained remarkably stable. When asked about how the immigration system should deal with immigrants who are currently living in the country illegally, the new study found nearly two-thirds (64 percent) of Americans say we should allow them a way to become citizens provided they meet certain requirements, and another 15 percent say we should allow them a way to become permanent legal residents but not citizens. Only 16 percent of Americans, and only 28 percent of Republicans, say their preferred policy option is to identify and deport those who are living in the country without legal documentation

While the depictions of immigrants at the two political party conventions this summer could not have been more stark—murderers killing neighbors at the first, and soldiers dying for their country at the second—these surveys are reminders that the differences between everyday Americans on this issue are more of degree than kind. Even conservative Republicans, for example, are twice as likely to support some legal recognition for illegal immigrants than to support deportation.

Related Research
No Majority Support for Deportation: Where All 50 States Stand
Half of Republicans Say “Too Many” Muslim Immigrants Coming to U.S.; 23 Percent Support Permanent Ban
How Immigration and Concerns about Cultural Change are Shaping the 2016 Election | PRRI/Brookings Survey
Thanks for signing up!
Tweet
Tweet
Tweet