As PRRI’s Robert P. Jones notes in his latest Atlantic article, there is no state in the country in which a majority prefers deportation as the solution for immigration reform. Here’s where residents from all 50 states stand on deportation.

The state with the highest support for deportation as a response to those living in the U.S. illegally is Wyoming, a state that also had the highest share of support for President Donald Trump (68 percent). But the number of Wyoming residents who prefer deportation is nowhere near a majority—fewer than one-third (32 percent) support the option. West Virginia (29 percent), Kentucky (26 percent), and Montana (26 percent) offer the next highest support. 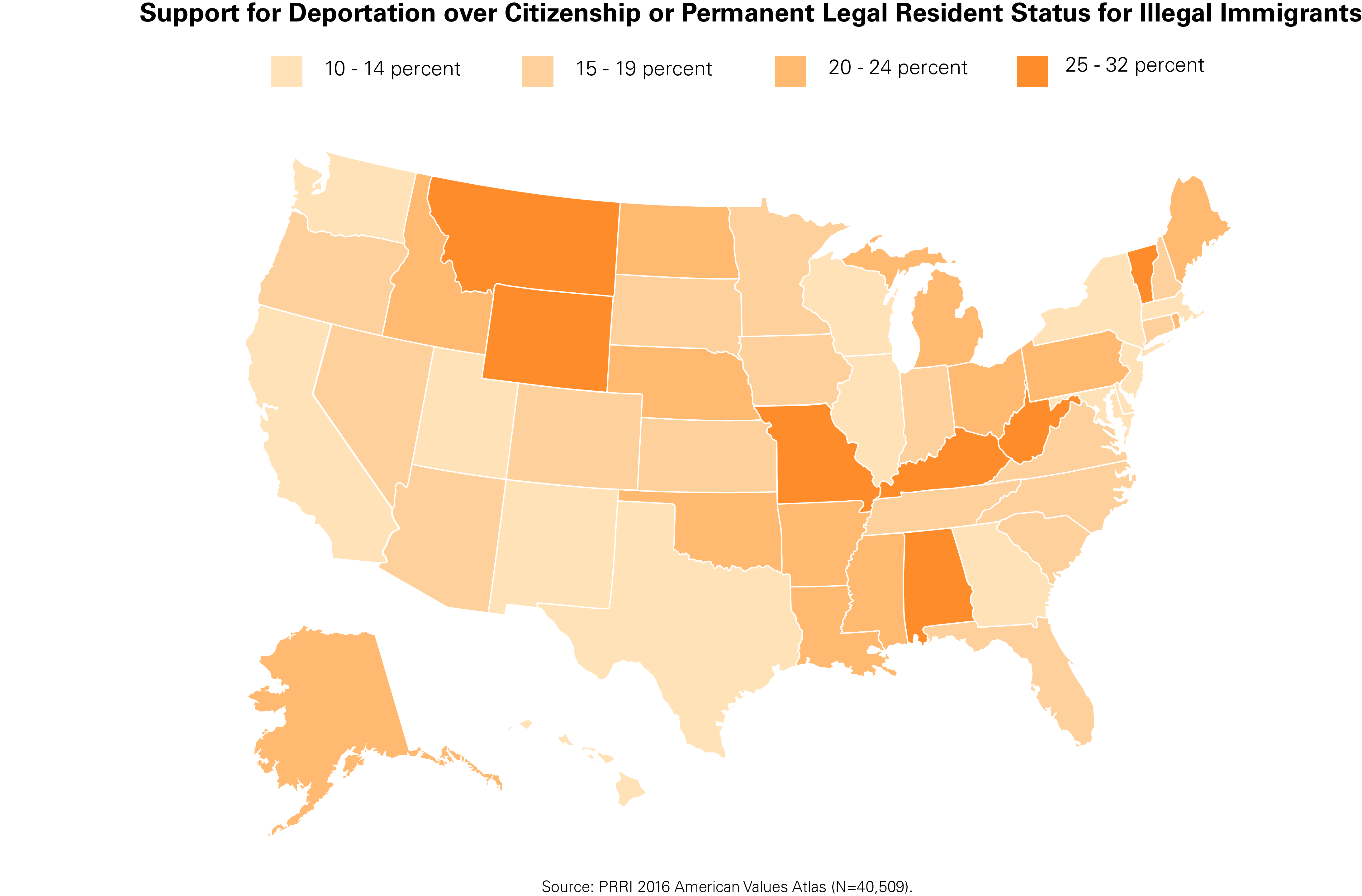 Related Research
Not Even the Reddest States Support Deportation | Robert P. Jones in The Atlantic
How Immigration and Concerns about Cultural Change are Shaping the 2016 Election | PRRI/Brookings Survey
Thanks for signing up!
Tweet
Tweet
Tweet