—A new national survey conducted jointly by Public Religion Research Institute (PRRI) and E Pluribus Unum finds nearly three-quarters of Americans (73%), including 89% of Democrats, 75% of independents, and 51% of Republicans, support doing something about existing Confederate memorials and statues in public spaces—whether that’s re-contextualizing them with information about the history of slavery and racism, moving them to a museum, or destroying them—rather than leaving them as they are.

The study provides important new insights into how Americans view Confederate monuments, their attitudes toward creating inclusive public spaces, and their beliefs about the role of race and racism in America.

“Race, religion, and political affiliation strongly color the lens through which Americans view our past and its legacy today,” says Robert P. Jones, president and founder of PRRI. “Yet, the broad support for honest conversations about our shared history, repairing the damages of historic racism, and reimagining our public spaces to embrace everyone can offer a road map for how and what our communities choose to honor in the future.”

When respondents were asked about preserving the legacy of the Confederacy, the partisan and religious divides are deeper. A slim majority of Americans (51%) support preserving Confederate history through public memorials and statues. Republicans overwhelmingly back efforts to preserve the legacy of the Confederacy (85%), compared with less than half of independents (46%) and only a quarter of Democrats (26%). Religion also plays a role in support for preserving the Confederate legacy, with white Christian groups more likely to express support than non-Christian religious Americans, Jewish Americans, or the religiously unaffiliated.

The study also found that attitudes toward Confederate monuments are strongly correlated with views about the existence of structural racism—the idea that slavery and past discrimination continue to have effects today. Those supportive of keeping Confederate monuments or preserving the legacy of the Confederacy are also likely to deny the existence of structural racism.

Americans’ awareness of and support for Confederate memorials, statues and other commemorative symbols frequently diverge along both partisan and racial/ethnic lines, with Black Americans often holding views distinct from other groups. Black Americans are twice as likely as white Americans to see each of the following more as a symbol of racism than as a symbol of Southern pride: streets, schools, and parks named for Confederate leaders (63% vs. 25%); monuments to Confederate soldiers (63% vs. 25%); and public celebrations of Confederate Memorial Day or Robert E. Lee’s birthday (63% vs. 31%).

Meanwhile, at least nine out of ten Republicans, compared with about four in ten Democrats, see each of these as a manifestation of Southern pride, rather than of racism.

Attitudes often national, rather than regional

Americans’ views on the legacy of the Confederacy and racism are only moderately affected by the region in which they live.

Nearly one in four Americans fully support monument reform, believing that Confederate monuments are symbols of racism and should be removed. This includes 22% of Americans in the South. Strong opposition to monument reform—the belief that Confederate monuments are symbols of Southern pride and should be left as they are—follows a similar trend, with 18% of Americans and 20% of residents in the South fully opposed.

“The impact of the Confederacy extends far beyond its former geographic borders. Still, while Americans experience issues around race differently, there is often more common ground than we realize,” says Scott Hutcheson, managing director of Strategy & Partnerships at E Pluribus Unum. “Identifying what unites us will help us find solutions to undo the legacy of slavery and racism and move toward building more inclusive and equitable communities.”

Nearly all Americans (96%) agree that a community’s public spaces and buildings should be open and welcoming to people of all races and backgrounds. Additionally, three-quarters of Americans (76%), including 65% of Republicans, feel a special sense of pride when they see their community’s diversity celebrated in public monuments and art.

When asked what values should guide the creation of new monuments, there is notable crosspartisan agreement that service and contributions to the community should be honored. Yet, Americans are divided along party lines over what values that should guide the creation of new monuments. Republicans are most likely to support monuments dedicated to patriotism (65%) and American exceptionalism (40%), while Democrats support monuments dedicated to the U.S. as a nation of immigrants (50%) and racial equality (48%).

White Christian groups notably placed a high value on patriotism, and white evangelical Protestants stood out for their support for American exceptionalism (37%) as one of the most important values that should guide the creation of new public monuments.

Almost all Americans (90%) say they support efforts to tell the truth about the history of slavery, violence, and discrimination against racial minorities in their communities, including 84% of Republicans. Additionally, three quarters of Americans (74%) support repairing the damage done by past violence or discrimination against racial minorities, including more than half of Republicans (52%).

Yet, Republicans are outliers in opposing concrete efforts to address these legacies. Nearly two thirds of Americans (64%), for example, favor local governments providing mortgage assistance to people or descendants of people who can prove that they were denied home loans because of their race, but this policy is supported by only 38% of Republicans.

The survey was designed and conducted by PRRI and was made possible by the generous support of the Mellon Foundation. PRRI surveyed a representative sample of 5,021 adults (age 18 and up) living in all 50 states who are part of the Ipsos KnowledgePanel and an additional 418 who were recruited by Ipsos using opt-in survey panels to increase the sample sizes in 13 Southern states. Interviews were conducted online between June 10 and 29, 2022. The margin of error for the national survey is +/- 1.7 percentage points at the 95% level of confidence, including the design effect for the survey of 1.6. In addition to sampling error, surveys may also be subject to error or bias due to question wording, context, and order effects.

Founded by former New Orleans Mayor Mitch Landrieu in 2018, E Pluribus Unum (EPU) is a nonprofit, nonpartisan organization whose mission is to build a more equitable and inclusive South, uprooting the barriers that have long divided the region by race and class. EPU’s focus is on cultivating and empowering courageous leaders who are focused on racial equity, changing the divisive narratives that perpetuate systemic and interpersonal racism, and championing transformative policy change.

Washington Post
Just how racist is the MAGA movement? This survey measures it. 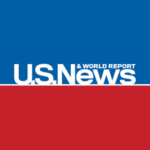