With widespread stay-at-home orders in the United States and around the globe as a response to contain the spread of the coronavirus, social media has become a powerful tool to remain connected, exchange ideas, and share information while in quarantine. This spotlight focuses on identifying who are the Americans more likely to frequently use social media sources.

The PRRI 2019 American Values Survey asked Americans what social media platforms they have used in the last month and how often they use each of these social media sources from “less than monthly” to “several times a day.” Most Americans report using Facebook (69%), followed by YouTube (59%), Instagram (35%), Pinterest (21%), Twitter (19%), Snapchat (18%), Linkedln (16%), and Tumblr (4%). Based on combined responses to all these questions, about one in five Americans are either very (6%) or somewhat (16%) frequent social media users. More than six in ten Americans are either very (32%) or somewhat (31%) infrequent social media users and only 16% of Americans report not using any of these sources at all. 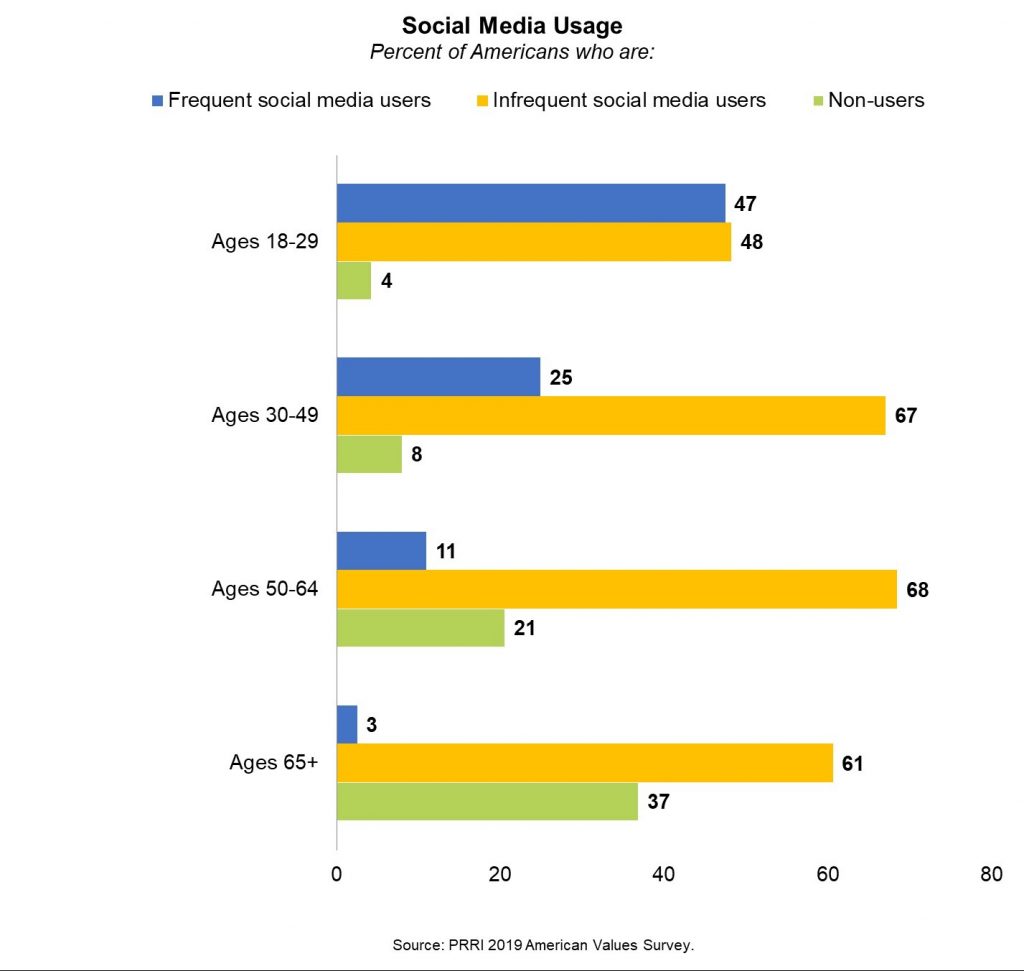 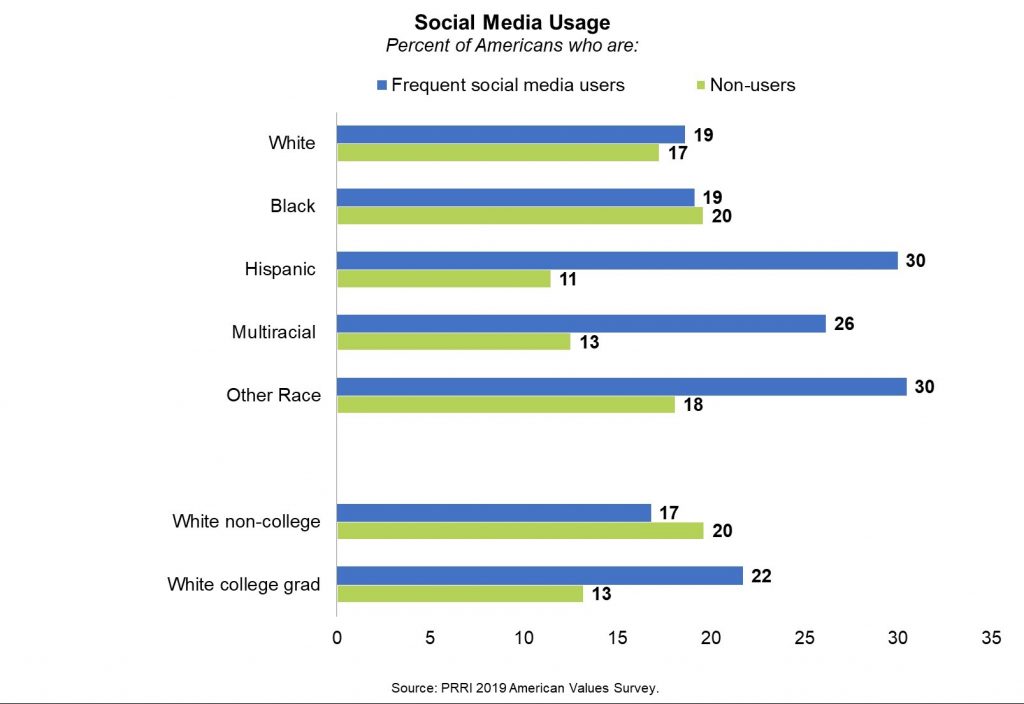 Democrats (23%) and independents (23%) are more likely than Republicans (17%) to be frequent social media users. By contrast, there are no differences among partisans who don’t use any social media sources.

Interestingly, when evaluating Facebook and YouTube users separately, there are no differences among partisans who report using Facebook several times a day. However, Democrats (40%) are significantly more likely than Republicans (31%) to report using YouTube several times a day, while independents (38%) do not differ from Democrat and Republicans.