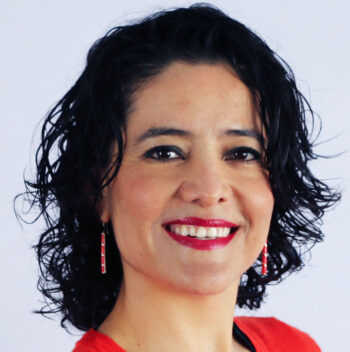 Diana Orcés (she/her) is an experienced research professional with a versatile skill set in design and analysis of experiments and observational studies, including a background in survey research and migration.

Diana has held positions in academia and nonprofit organizations. Prior to joining PRRI, she was a Research Analyst at the American Immigration Council (AIC) in Washington, DC, where she focused on understanding receiving communities in the United States. Diana was also an Assistant Professor in the Department of Political Science at Oakland University in Michigan, and was a researcher for the Latin American Public Opinion Project (LAPOP). She has published in journals such as The Annals of the American Academy of Political and Social Science, Latin American Politics and Society, Latin American Research Review, and Studies in Comparative International Development.

Diana holds a Ph.D. in Political Science from Vanderbilt University. She teaches graduate-level research design and methods at American University as an adjunct professor.