However, the decline in public favorability of Trump was not universal. The views of white evangelical Protestants have remained consistently positive toward Trump over the past year. Most recently, more than two-thirds (68 percent) report having a favorable view of him, while only 29 percent have an unfavorable view. But although white evangelicals are far more likely to view Trump favorably than unfavorably, their opinions have become more polarized. More white evangelical Protestants have a very favorable (32 percent) and a very unfavorable (17 percent) opinion of the president today than a year ago (25 percent and 10 percent, respectively). 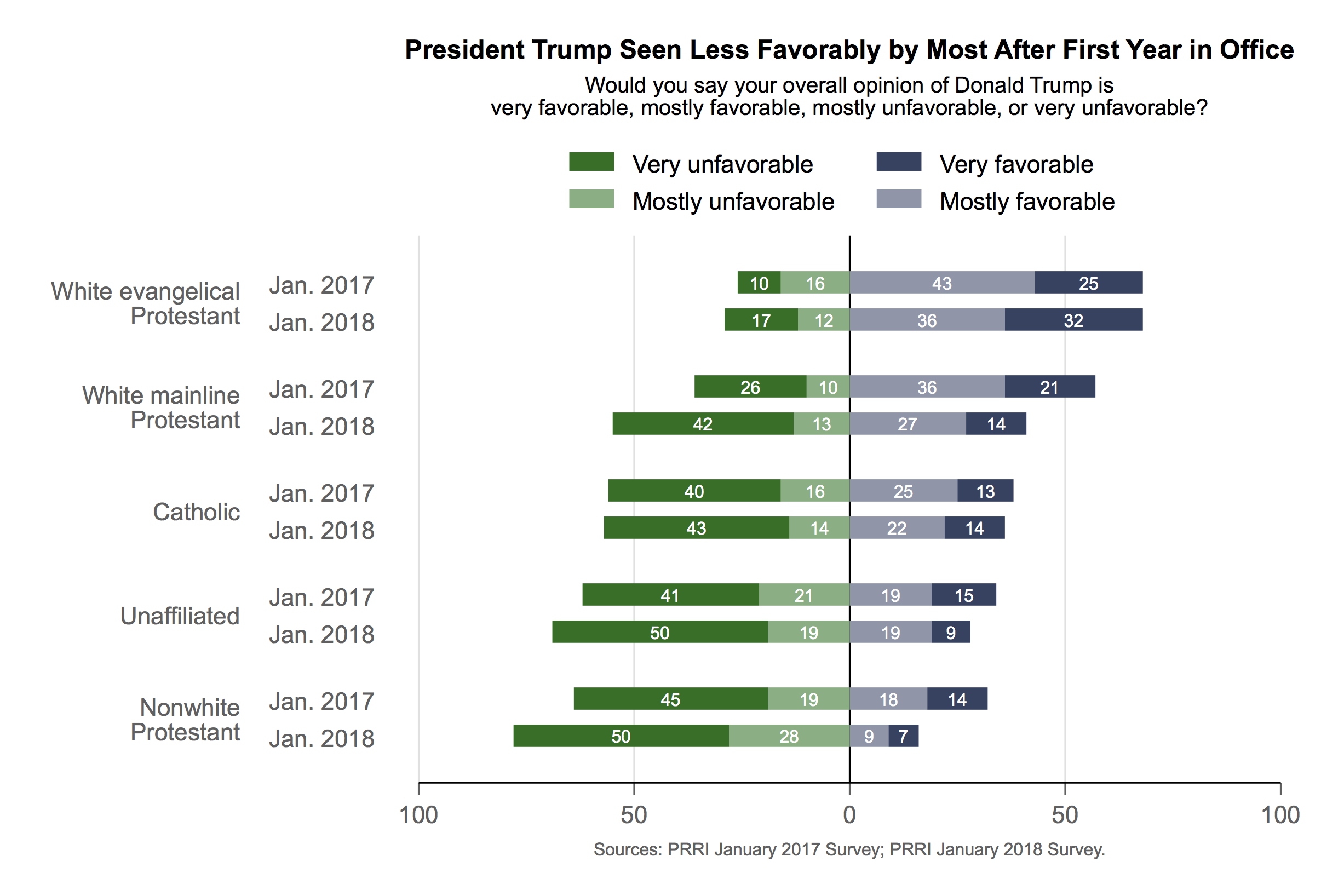