The spread of the coronavirus pandemic and President Donald Trump’s handling of the crisis may have caused his favorability among seniors, the age group most vulnerable to the coronavirus, to fall substantially. In April just over four in ten (42%) seniors said they have a mostly or very favorable view of Trump compared to a 57% majority who are mostly or very unfavorable to the president.[1] This represents a 14 percentage point drop since mid-March when a majority (56%) of seniors said they view Trump favorably[2] A “rally around the flag” effect in reaction to the coronavirus pandemic likely contributed to Trump’s higher favorability in March, but by April, favorability among seniors dropped as the total number of coronavirus cases in the United States climbed. 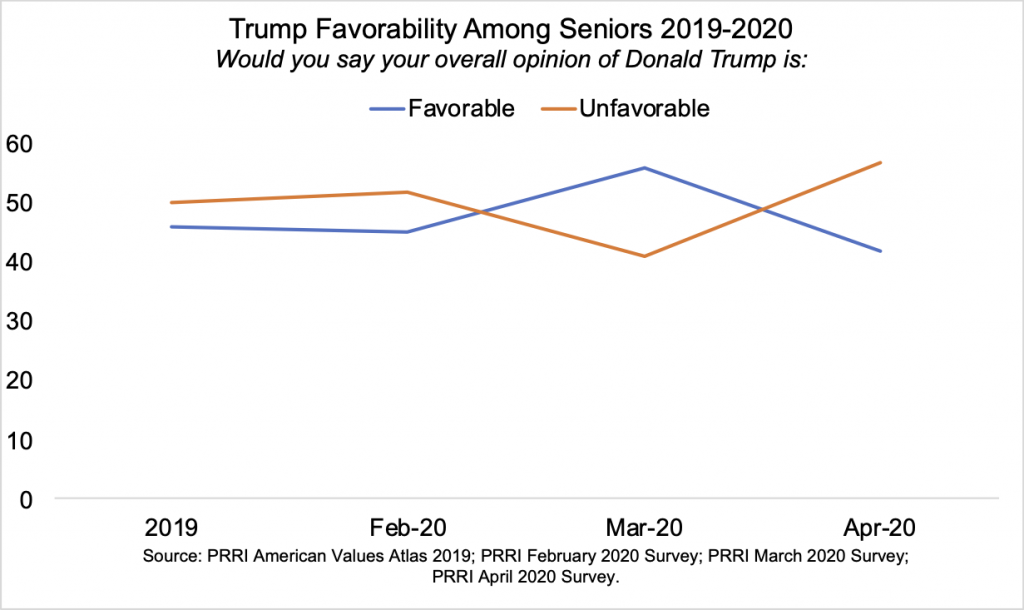 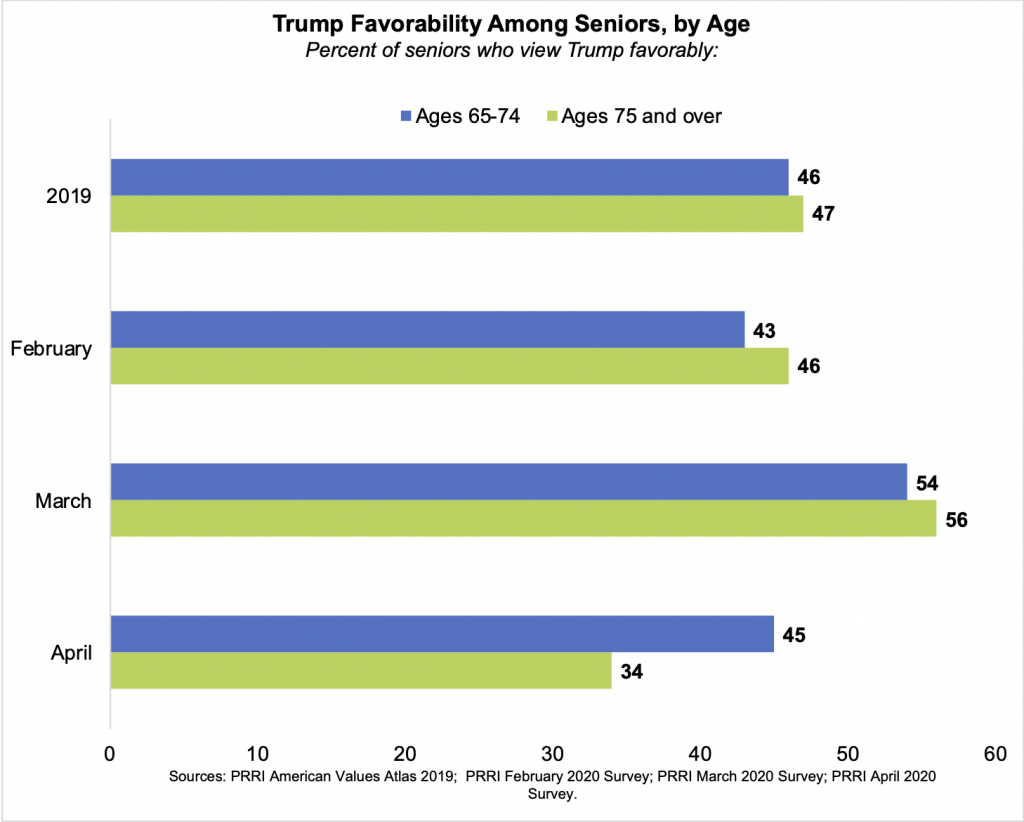 A higher level of concern regarding the coronavirus pandemic might have contributed to the drop in Trump’s favorability among the Silent Generation. Americans ages 75 and over are at higher risk from the coronavirus and account for a majority (59%) of coronavirus related deaths. About one in five (21%) COVID-19 deaths are among people ages 65-74.[6] Trump’s support for reopening states in late April contrary to the advice of many public health experts also might have influenced his declining favorability among people ages 75 and over.

Women make up a majority (55%) of seniors compared to 45% who are men. There is an especially large gender gap in April, with senior women less likely than men to view Trump favorably (31% vs. 55%). Trump’s favorability among senior women dropped notably since March (53%) and is down 10 percentage points from 2019 (41%). But his level of favorability among senior men has not notably shifted since 2019 (52%). 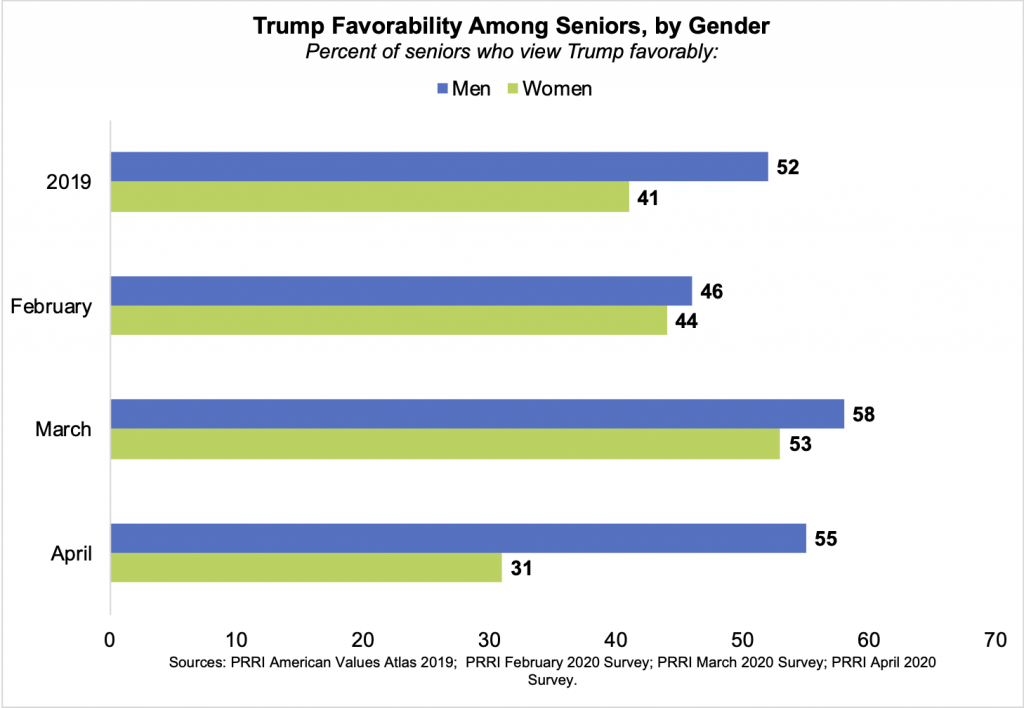 Seniors show some divides in their views about Trump depending on where they live. A plurality (44%) of seniors live in suburban areas compared to one-third (33%) urban and one in four (24%) rural residents. Three in ten (30%) seniors living in urban areas view Trump favorably, which is notably less than in March (49%) or 2019 (40%). But Trump’s favorability among suburban seniors has remained mostly consistent from 2019 (47%) to April (48%). Rural seniors have not displayed any notable shifts in their views on Trump.

[6]Provisional Death Counts for Coronavirus Disease as of May 7, 2020. https://www.cdc.gov/nchs/nvss/vsrr/covid19/index.htm.

[7] The sample size for independent seniors is less than 100 in March and April. Interpret these results with caution.

[8]The sample size for Republican seniors is less than 100 in February and April. Interpret these results with caution.