From the earliest days of his campaign, President Donald Trump has framed his concerns over illegal immigration in terms of the personal threat they pose to American communities. And in the waning days of the campaign, Trump returned to the issue of immigrant crime when speaking to predominantly white audiences.

As president, he has continued to forefront this issue in a number of ways, by meeting with victims of crimes perpetrated by immigrants residing in the country illegally, by creating the Victims of Immigration Crime Engagement office, and by stressing the need for a wall along the U.S.-Mexico border. 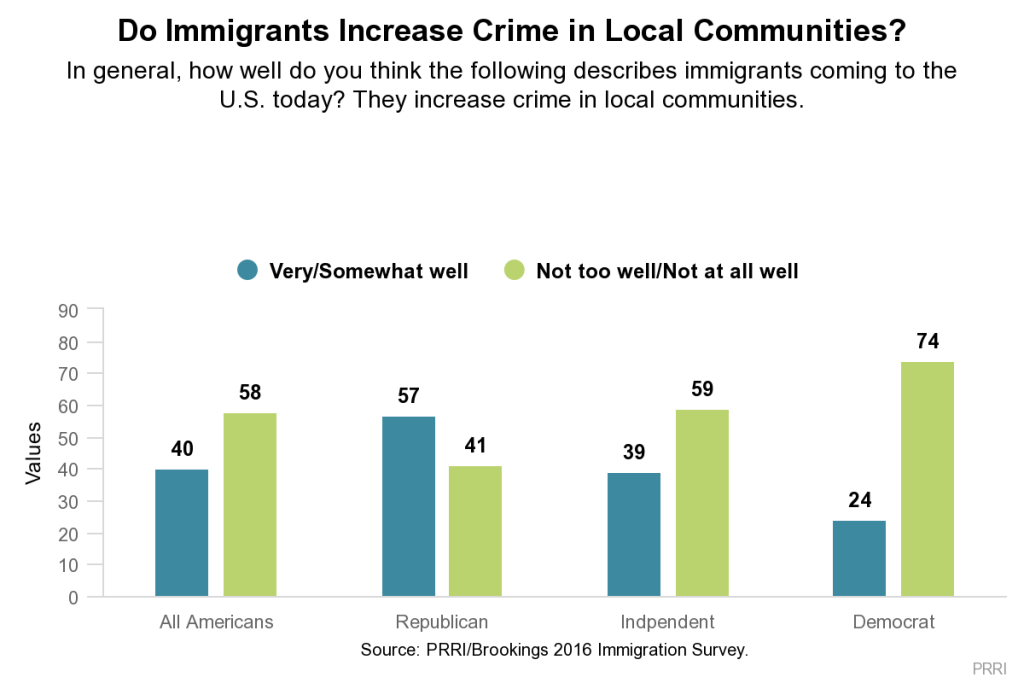 Related Research
How Immigration and Concerns about Cultural Change are Shaping the 2016 Election | PRRI/Brookings Survey
No Majority Support for Deportation: Where All 50 States Stand
Most Americans Oppose a Temporary Muslim Ban
Thanks for signing up!
Tweet
Tweet
Tweet