The Supreme Court has decided to hear arguments over President Trump’s executive order banning travelers from six Muslim-majority countries and is allowing parts of the ban to go into effect this week. Below, PRRI looks at attitudes on temporarily banning Muslims from entering the U.S. across the partisan, religious, and demographic spectrums. 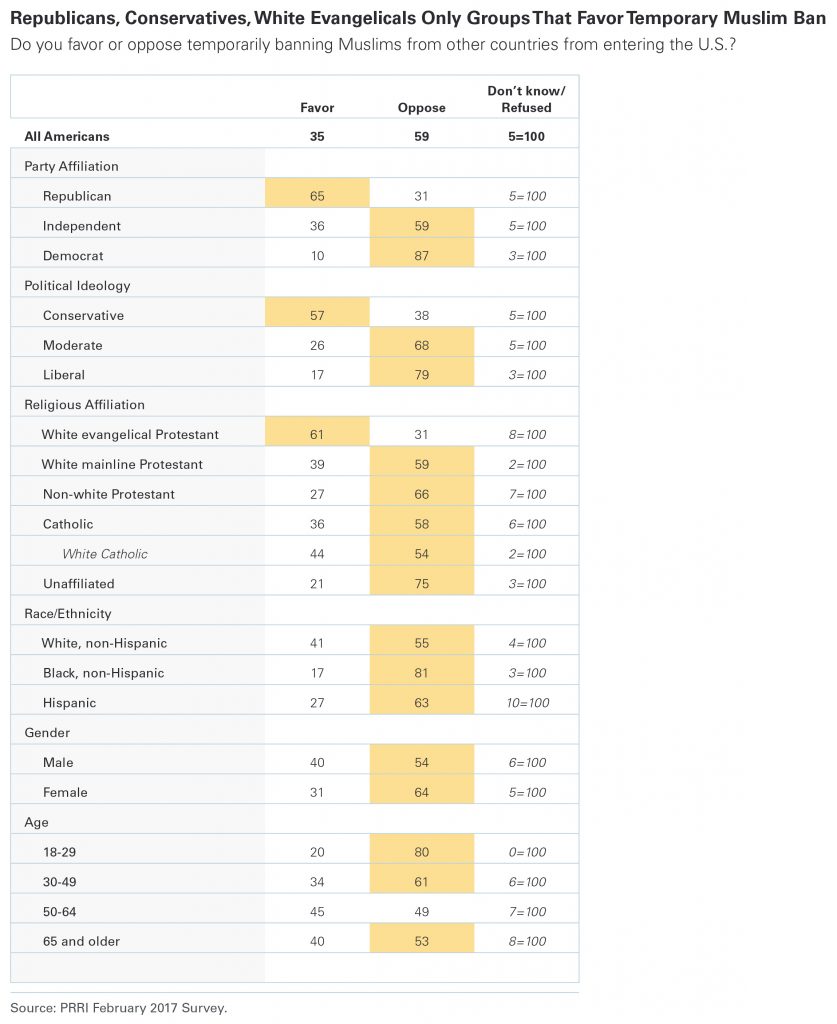 Roughly one-third (35 percent) of Americans favor temporarily banning Muslims from other countries from entering the U.S., while nearly six in ten (59 percent) oppose such a ban. Views have remained relatively stable since spring 2016 when a similar number (58 percent) of Americans expressed opposition to the ban.

The issue sees remarkable partisan divisions: Republicans are more than six times as likely as Democrats to favor a temporary ban on Muslims entering the United States (65 percent vs. 10 percent, respectively). The views of independents mirror those of the general public. 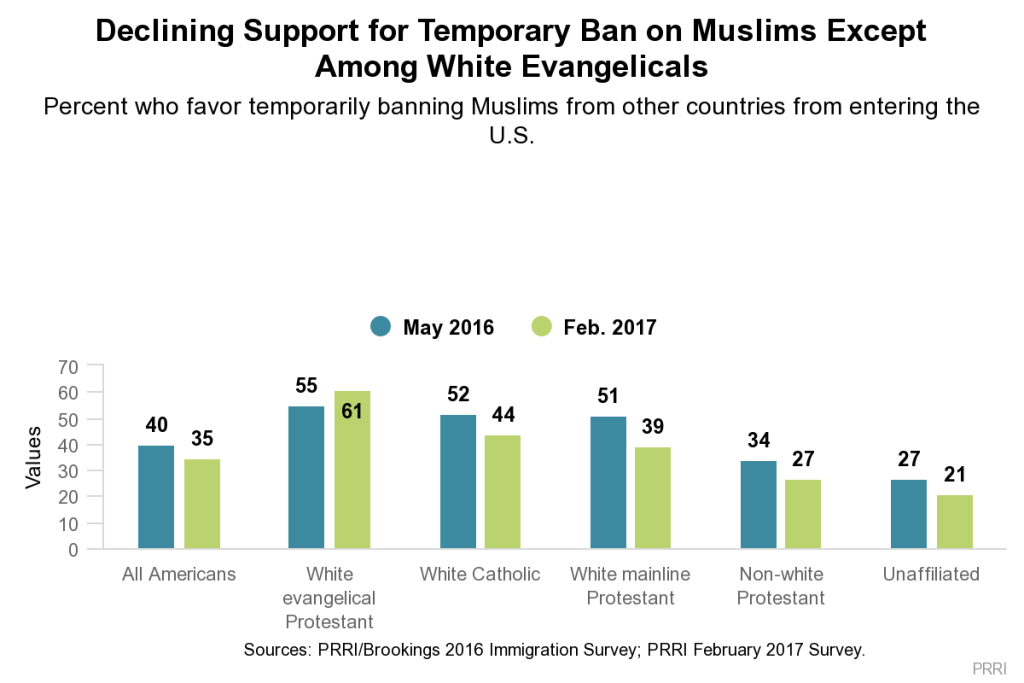 Although no racial or ethnic group shows majority support for temporarily banning Muslims from entering the U.S., white Americans are far more likely than Hispanic and black Americans to favor such a ban (41 percent vs. 27 percent vs. 17 percent, respectively). Among whites, those without a college degree are nearly twice as likely as those with a college degree to favor a temporary Muslim ban—though neither group expresses majority support (49 percent vs. 27 percent, respectively).