New, in-depth analysis of interviews with nearly 3,000 Texans finds strong majority support across a broad range of subgroups for laws that would protecting lesbian, gay, transgender, and bisexual people from discrimination in jobs, public accommodations and housing. Notably, there is bipartisan and cross-religious support among Texans for LGBT nondiscrimination laws, as well as majority support across five major Texas metropolitan areas.

The new analysis also finds that nearly six in ten (57 percent) Texans oppose allowing a small business owner to refuse to provide products or services to gay or lesbian people based on the owner’s religious beliefs. Majorities of most Texas subgroups, with the notable exceptions of white evangelical Protestants and Republicans, oppose such religion-based service refusals. 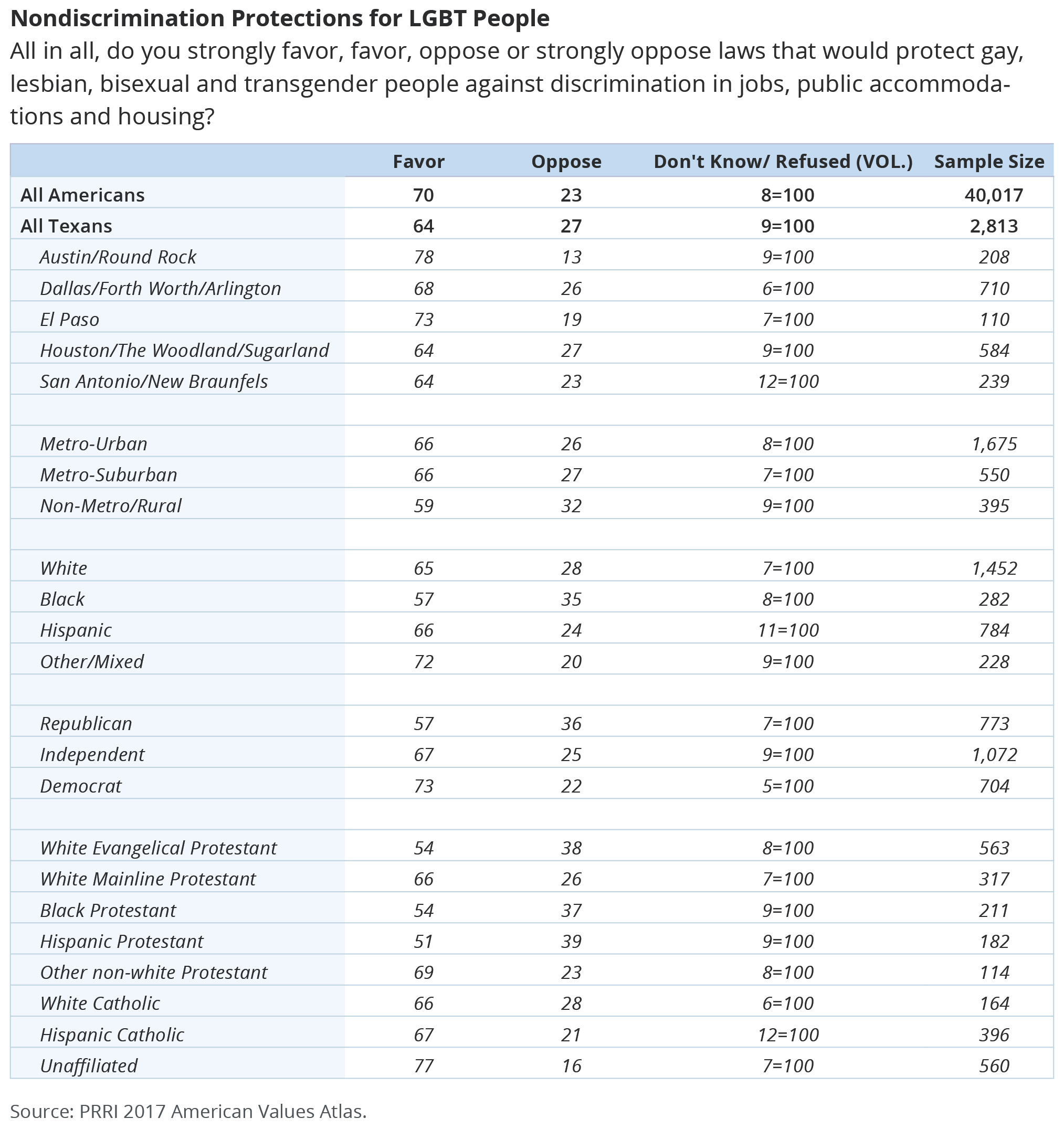 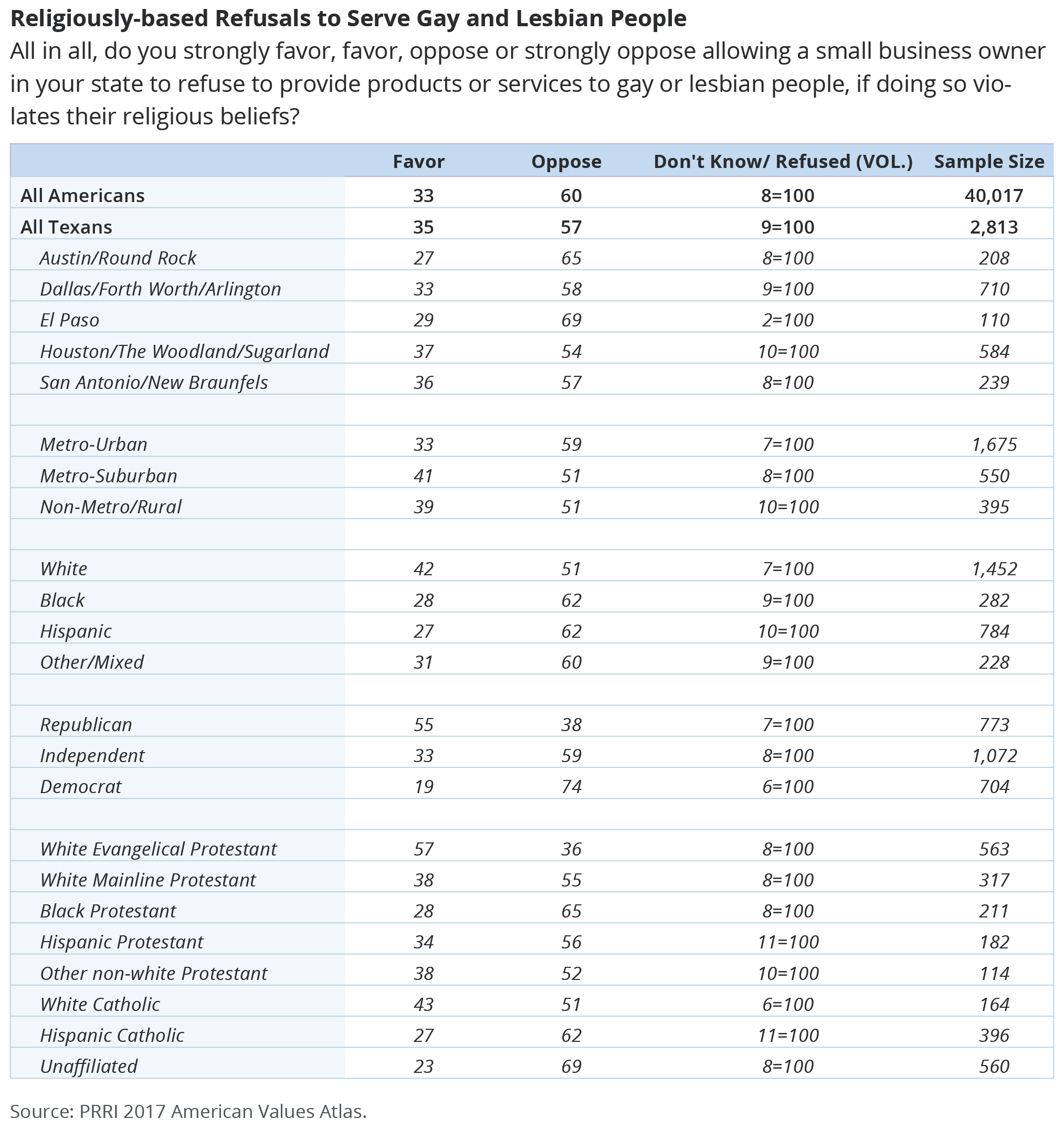 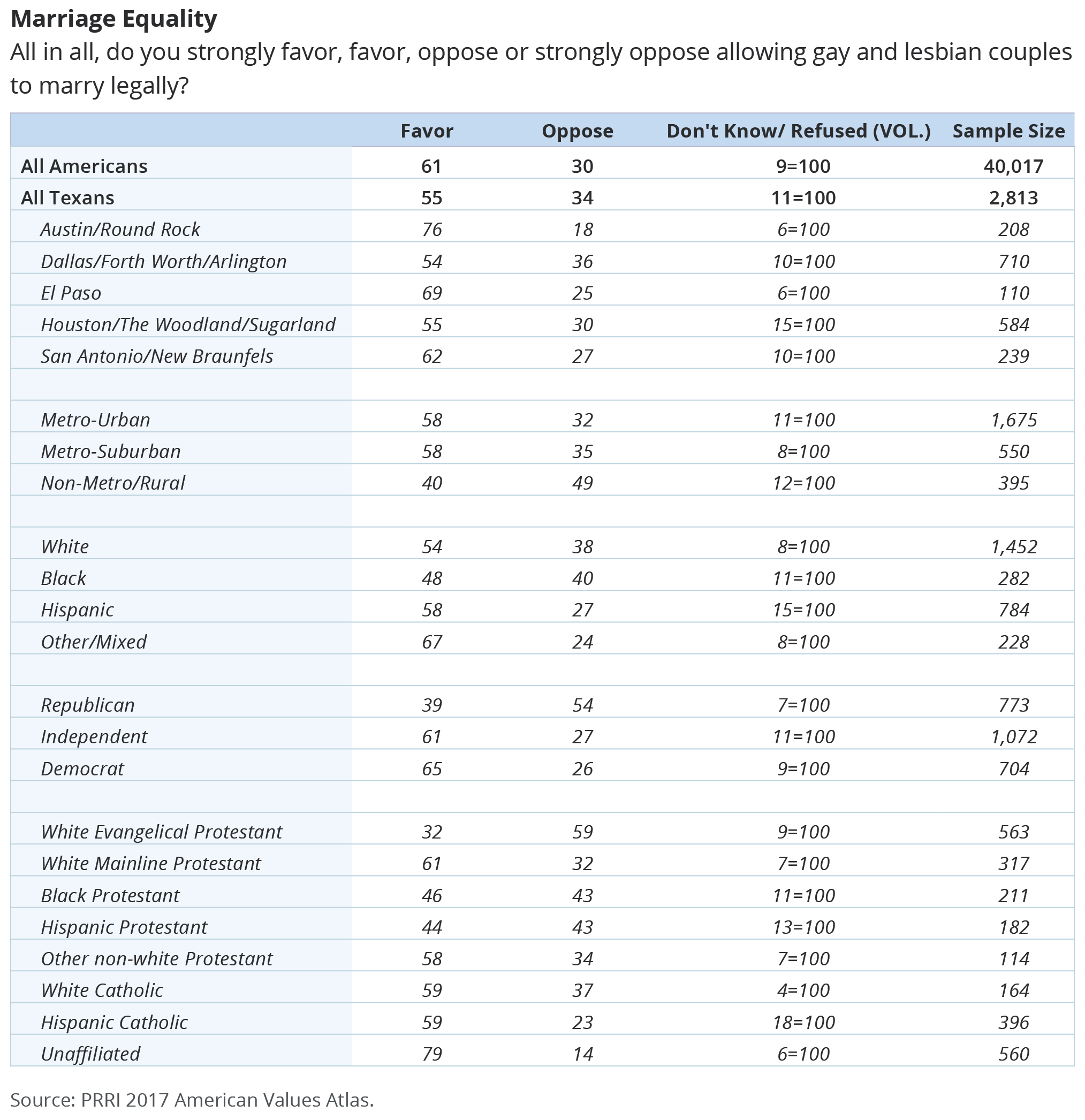 These findings are derived from PRRI’s American Values Atlas (AVA), a project that surveys over 40,000 Americans each year to provide a 50-state portrait of American attitudes on critical issues facing the country. For more information about the AVA, including methodology, or to explore the data in our interactive state map, click here.