As has been true of past presidential contests, Republican Donald Trump receives strong support among white Christian voters while his Democratic opponent, Hillary Clinton, is performing equally well, if not better, among non-Christian, religiously unaffiliated, and non-white Christian voters.1 However, at this stage of the campaign, Trump is underperforming among white mainline Protestants and white Catholics compared to Romney in 2012. 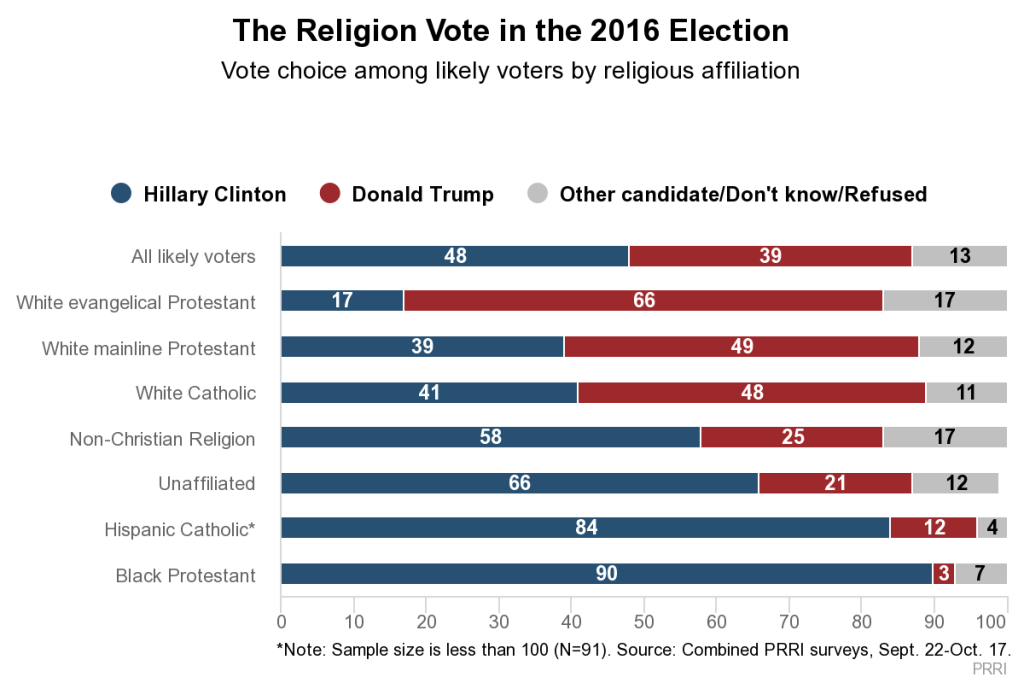 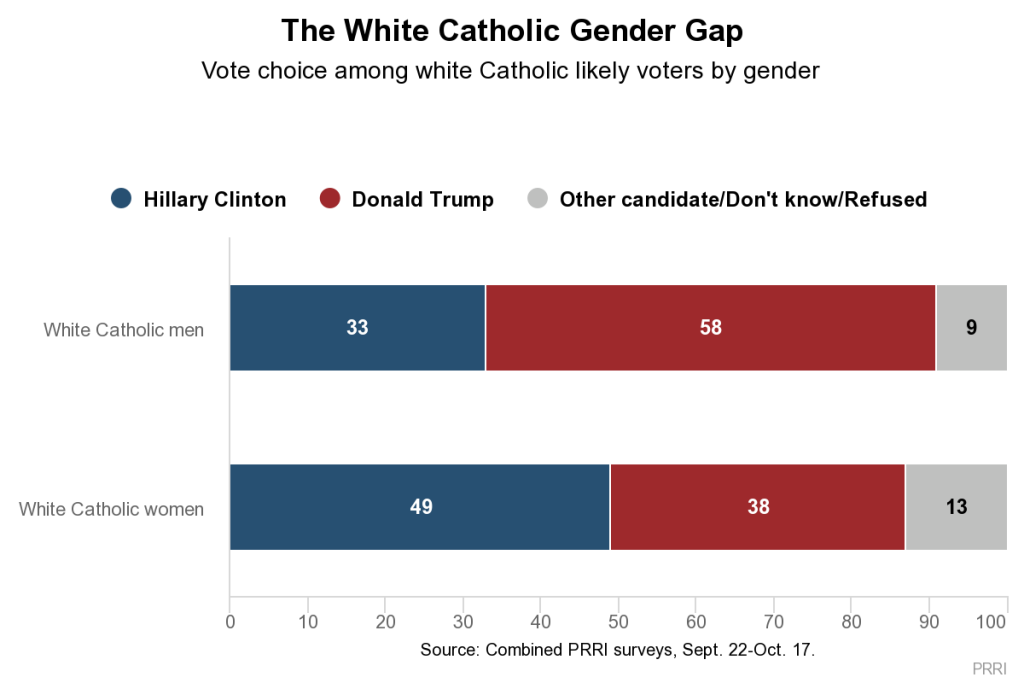 1 Results for this analysis were derived by aggregating four independent surveys conducted between Sept. 22 to Oct. 17. The combined telephone surveys all share the same methodology (RDD telephone). The combined data was then re-weighted to ensure that the demographic characteristics of the sample closely approximate the overall characteristics of the U.S. adult population. All references to “voters” are “likely voters” in this analysis.

2 The results for Hispanic Catholic voters includes fewer than 100 respondents (N=91) and should be interpreted with caution.

Religion Dispatches
BOO! Trump’s Lead with Religious Voters not as Bigly as you Might Think

Religion News Service
Gender gap among Catholics as Election Day approaches
Related Research
The Aging of White Christian America
The Divide Over America’s Future: 1950 or 2050? Findings from the 2016 American Values Survey
Thanks for signing up!
Tweet
Tweet
Tweet