National Hispanic Heritage Month takes place every year from September 15 until October 15, celebrating the contributions of Hispanic Americans to the United States. According to the American Community Survey (ACS) in 2021, there are nearly 63 million Hispanics in the U.S. population, which corresponds to 18.9% of the total population. Most Hispanics live in 13 states across the country and are young, with a majority (57%) age 35 or younger.[1] Moreover, about 32% of Hispanics are foreign born, coming mostly from Mexico, Central American, and South American countries. Hispanic Americans are a diverse group with diverse perspectives on the United States and issues the country faces.

Views of the United States and President Biden

Views on Discrimination and Racism

Hispanic Americans (27%) are more likely than any other racial demographic to experience hostility or discrimination due to speaking a language other than English in public. Less than one in ten Americans overall (8%) experience this type of discrimination. 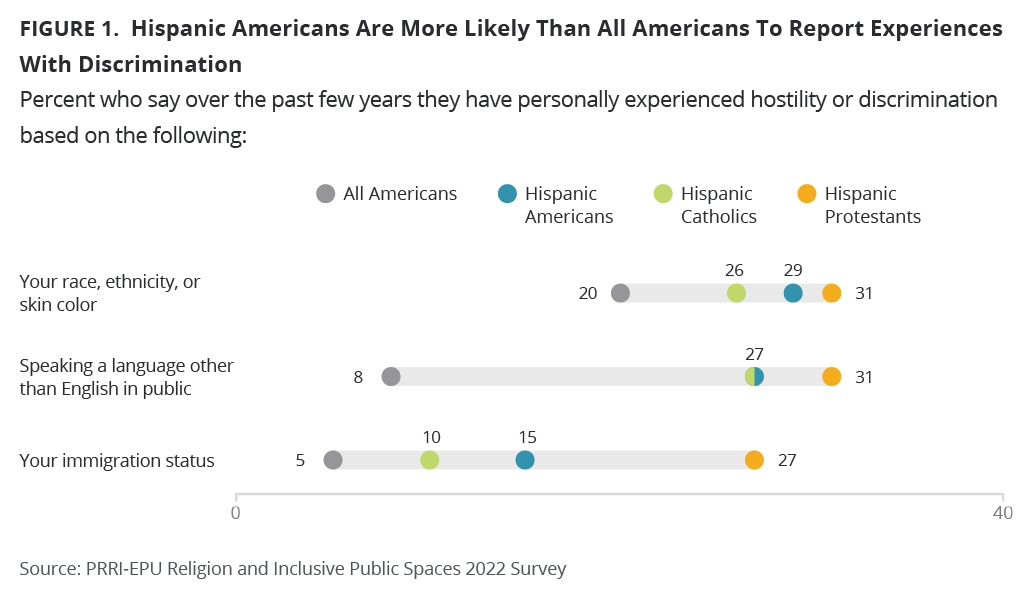 On the topic of whether books depicting slavery should be banned from being taught in public schools, even though the vast majority of Hispanic Americans oppose such bans (80%), they are less likely to oppose these bans than all Americans (89%).

The Role of Religion

When asked about the place of religion in their lives, a majority of Americans (55%) and Hispanic Americans (57%) consider religion to be either the most important thing or one of many important things in their life. Yet only 24% of Hispanic Americans say they attend religious services a few times a month or more. Hispanic Protestants (36%) are more likely than Hispanic Catholics (26%) to attend church a few times a month or more. 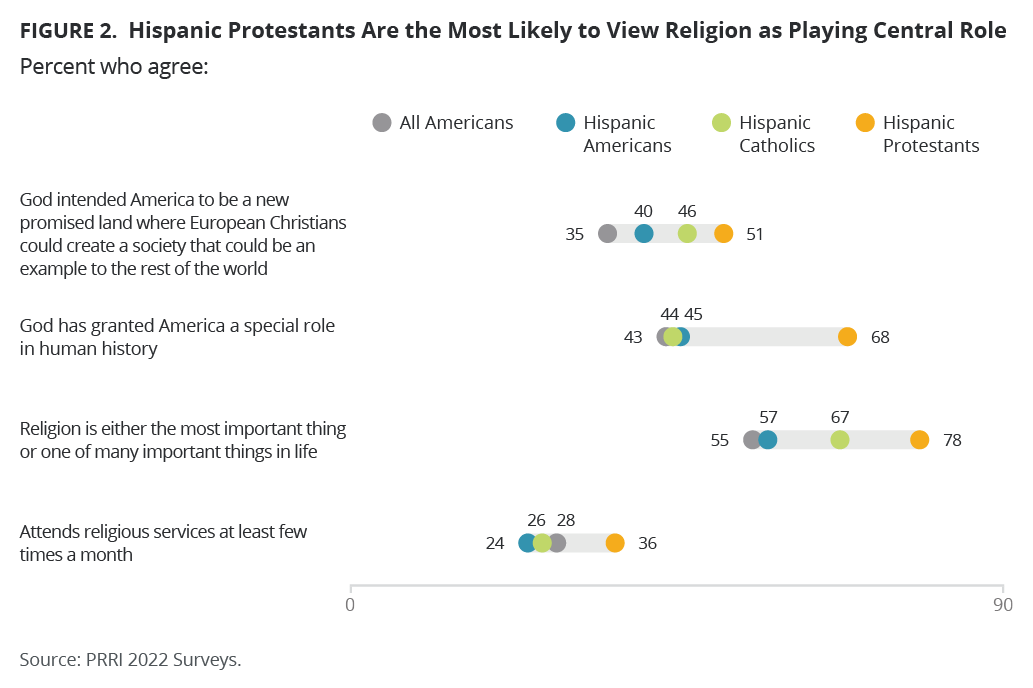 Related Research
American Bubbles: Politics, Race, and Religion in Americans’ Core Friendship Networks
Is Religious Liberty a Shield or a Sword?
Competing Visions of America: An Evolving Identity or a Culture Under Attack? Findings from the 2021 American Values Survey
Thanks for signing up!
Tweet
Tweet
Tweet