From the beginning, religious divides have been central to the same-sex marriage debate. And as opinions have shifted in the general population, so have those of faithful. In 2003, when Massachusetts became the first state to legalize same-sex marriage, nearly two-thirds (65 percent) of religiously unaffiliated Americans supported same-sex marriage, but there were no major religious groups in which a majority favored allowing gay and lesbian couples to marry.

A decade ago, the most supportive religious groups were white mainline Protestants and Catholics, with 36 percent and 35 percent support, respectively. Today, major religious groups reside on both sides of this issue and within many key groups—such as Catholics—support among rank and file members is now at odds with official church opposition.

Findings from PRRI’s American Values Atlas, which draws on 40,000 interviews among a random sample of Americans, provides the most in-depth portrait to date of attitudes on same-sex marriage by religious affiliation. 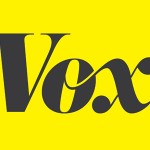