Three-quarters (75%) of Americans say that terrorism is a critical issue in the country, while roughly one in five (21%) say it is one among many important issues and only four percent say it is not that important. Concerns about terrorism have increased substantially over the last few years. In 2011, slightly more than half (53%) of the public said the issue of terrorism was critical.

Americans also report being very concerned about mass shootings. Two-thirds (67%) of Americans say the issue of mass shootings is a critical issue in the U.S. today, while more than one in four (27%) say it is one among many important issues and four percent say that it is not that important an issue.

There are notable partisan cleavages in views about the importance of these issues. Republicans are somewhat more likely than Democrats to say the issue of terrorism is of critical importance (84% vs. 70%, respectively), while Democrats are more likely than Republicans to prioritize the issue of mass shootings (74% vs. 60%, respectively). There is an even deeper partisan divide in views about the importance of illegal immigration: Republicans are more than twice as likely as Democrats to say illegal immigration is a critical issue for the country (63% vs. 30%, respectively). The views of independents roughly mirror those of the general public. II. More Americans Worried about Being a Victim of Terrorism Nearly half (47%) of Americans say they are very or somewhat worried that they or someone in their family will be a victim of terrorism, while 53% say they are not too or not at all worried about being a victim of terrorism. The current level of concern represents a 14 percentage point increase from a year prior, when only one-third (33%) of the public reported being worried about being the victim of a terrorist attack.

Notably, Democrats (44%) and Republicans (45%) are about equally as likely to express fear about being personally harmed by terrorism. However, self-identified conservatives (51%) are much more likely than their liberal counterparts (38%) to be worried that they or someone in their family will be a victim of a terrorist attack. A majority (53%) of the public agree that American Muslims have not done enough to oppose extremism in their own communities. Roughly one-third (35%) disagree with this statement, while about one in ten (13%) Americans offer no opinion. In recent years, Americans have become more critical of Muslims living in the U.S. for not doing enough to address extremism. In 2011, fewer than half (46%) said American Muslims have not been active enough opposing extremism in their own communities.

Nearly half (47%) of the public believe the values of Islam are at odds with American values and way of life. More than four in ten (43%) disagree, while one in ten (10%) Americans offer no opinion or refused to answer.

There is considerable variation of opinion among religious groups. No group expresses a more inclusive attitude than the religiously unaffiliated: two-thirds (67%) of religiously unaffiliated Americans say that American Muslims are an important part of the U.S. religious community. A majority of non-white Protestants (56%) and Catholics (55%) also agree that Muslims are important party of America’s religious community. Only about half of white mainline Protestants (51%) and fewer than half (47%) white evangelical Protestants agree. Despite rising concerns about terrorism, and heated rhetoric about the danger posed by immigrants, American attitudes toward immigrants and support for comprehensive immigration reform remain stable. Roughly half (48%) of Americans say the growing number of newcomers from other countries strengthen American society, compared to 35% who say they threaten traditional American customs and values. Roughly one in ten (11%) Americans agree with both or neither statements, while seven percent offer no opinion.

Stark partisan differences in views about immigration endure. Republicans are roughly twice as likely as Democrats to say that newcomers from other countries represent a threat to traditional American customs and values (53% vs. 27%, respectively). A majority (56%) of Democrats say that immigrants strengthen American society. The views of independents are nearly identical to the views of Americans overall.

Support for comprehensive immigration reform also continues to be robust. More than six in ten (63%) say that the immigration system should allow immigrants who are now living in the U.S. illegally a way to become citizens provided they meet certain requirements; 15 percent of the public say immigrants should be allowed to become permanent legal residents, but should not be granted citizenship; and roughly one in five (18%) say all immigrants living in the U.S. illegally should be deported. Support for a path to citizenship for immigrants currently living in the country illegally has been incredibly stable since early 2013.

Hillary Clinton continues to lead her most serious competitor—Bernie Sanders—by a comfortable margin (52% vs. 31%, respectively) among Democratic and Democratic-leaning registered voters. Only four percent of voters say they would prefer Martin O’Malley over Clinton and Sanders. More than one in ten (13%) Democratic voters say they have no preferred candidate or refused to offer an opinion.

Jones, Robert P., and Daniel Cox. “Nearly Half of Americans Worried that They or Their Family Will Be a Victim of Terrorism.” PRRI. 2015. http://www.prri.org/research/survey-nearly-half-of-americans-worried-that-they-or-their-family-will-be-a-victim-of-terrorism/.

CNN
The secret costs of Islamophobia 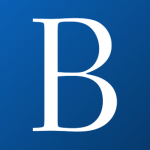 The Brookings Institution
What do Americans really think about Syrian refugees? 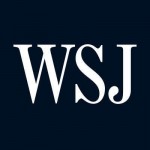 The Wall Street Journal
No National-Security Novices, Please
Related Research
Anxiety, Nostalgia, and Mistrust: Findings from the 2015 American Values Survey
Growing Concern About Terrorism, Islam Even Before Paris Attacks
Charlie Hebdo and Americans’ Opinions on Religious Violence
Thanks for signing up!