Among all Americans, President Obama holds a slight edge over both Mitt Romney and Michele Bachmann in head to head matchups for the 2012 election. Forty-four percent of Americans say if the election were held today they would vote for Obama compared to 36% who say they would support Romney. Obama’s lead over Bachmann is similar (45% to 37%). Among those who identify with the Tea Party, Bachmann garners greater support than Romney in a matchup against Obama (78% and 71% respectively). Among white evangelical Protestants, Bachmann leads Obama 60% to 17%, while Romney leads Obama 55% to 18%.

A majority (56%) of the public says it is very or somewhat important for a presidential candidate to have strong religious beliefs, regardless of whether those beliefs are the same as their own.

Majorities of every religious group say it is important that a presidential candidate have strong religious beliefs, including white evangelicals (73%), minority Christians (74%), white mainline Protestants (57%), and Catholics (57%).

More than 7-in-10 Republicans (71%) and those identifying with the Tea Party (72%) say it is somewhat or very important that a presidential candidate have strong religious beliefs, compared to 51% of Democrats.

Among those who say it is somewhat or very important for a candidate to have strong religious beliefs, both Romney and Bachmann hold an advantage over Obama (Romney vs. Obama: 43% to 36%; Bachmann vs. Obama: 44% to 38%)

Only 4-in-10 Americans correctly identify Mitt Romney as Mormon. One-in-ten say he is Protestant or Catholic. Nearly half (46%) say they do not know what Romney’s religion is.

Consistent with previous surveys, about 1-in-5 (18%) Americans continue to say wrongly that President Obama is a Muslim. Thirty-eight percent correctly say he is Christian (including 4% who say he is Catholic), and 4-in-10 say they do not know what his religious beliefs are.

Overall, Americans score Bush highest in perception of religious similarity compared to Romney, Bachmann and Obama. Bush scores 0.00 indicating that about half of those who could rate him view him similarly and equal number view him differently. Among everyone else, on balance more people say their religious beliefs are different than say they are similar to their own (Romney -0.43, Obama -0.40, and Bachmann -0.24). 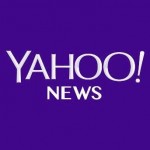