I. The 2016 Presidential Candidates

The Democratic Contest: Clinton vs. Sanders Notably, Democratic women voters overall are nearly evenly divided, with 46% supporting Clinton and 44% supporting Sanders. However, there are notable differences between the preferences of older and younger women. Female voters under the age of 50 prefer Sanders to Clinton by a nearly two to one margin (58% vs. 33%, respectively), while female voters over the age of 50 prefer Clinton to Sanders by similar margins (61% vs. 29%, respectively).

These racial disparities in voting preferences result in very different racial profiles of the Sanders and Clinton voting coalitions. Approximately two-thirds (65%) of Sanders voters are white, non-Hispanic, compared to 53% of Clinton voters. Clinton voters are more than twice as likely as Sanders voters to be black (28% vs. 13%, respectively), while Hispanics are represented equally among each candidate’s voting coalition (12% vs. 12%, respectively). The candidate preferences of Republican and Republican-leaning voters differ modestly by religious affiliation. White evangelical Protestant voters are evenly divided between Trump (37%) and Cruz (37%), while fewer than one in five (19%) say they want Kasich to be the nominee. Among white evangelical Protestant voters who report attending religious services at least once a week 39% are supporting Cruz while 33% support Trump.

Trump holds a strong advantage among Republican and Republican-leaning voters who are less civically engaged. Republican voters who report that they seldom or never participate in community activities—such as a sports team, book club, PTA, or neighborhood association—are twice as likely to support Trump than Cruz (50% vs. 24%, respectively). In fact, more than half (52%) of Trump voters, compared to 29% of Cruz voters and 27% of Kasich voters, say that they seldom or never participate in these types of local community activities.

Perceptions of the Candidates

Favorability of the Democratic Candidates

Neither candidate, however, has a favorability advantage among self-identified Democrats. Roughly seven in ten Democrats report a favorable view of Clinton (72%) and Sanders (68%), although Clinton is viewed more positively than Sanders among strong Democrats (80% vs. 70%, respectively). In contrast, Clinton is viewed more negatively by Republicans: 87% of Republicans have an unfavorable view of her, including two-thirds (66%) who report a very unfavorable view. About seven in ten (71%) Republicans view Sanders negatively.

Public views of Clinton vary substantially by race and ethnicity, while this is less true for Sanders. Fewer than one-third (31%) of white Americans view Clinton favorably, compared to six in ten (61%) Hispanic Americans and roughly three-quarters (76%) of black Americans. In contrast, Sanders is viewed favorably by 43% of whites, 54% of Hispanics, and 54% of blacks.

Favorability of the Republican Candidates

Seven in ten Americans (70%) have an unfavorable opinion of Trump, including more than half (52%) who have a very unfavorable impression of him. Only about one-quarter (24%) of the public view Trump favorably. Nearly six in ten (57%) Americans view Cruz unfavorably, compared to nearly three in ten (29%) who report a positive view of him.

Compared to Clinton and Sanders, neither Cruz nor Trump enjoy widespread admiration among their respective partisans. A majority (53%) of Republicans have a favorable view of Trump, while similar numbers of Republicans (55%) report viewing Cruz favorably. Roughly four in ten Republicans view Trump and Cruz unfavorably (43% vs. 39%, respectively). Trump is viewed somewhat more negatively by Democrats than Cruz (88% vs. 73%, respectively). Does the Country Need a Political Leader Willing to Break Some Rules?

Close to half (45%) of Americans agree that because things in the country have gone so far off track, the U.S. needs a leader willing to break some rules to set things right. A slim majority (51%) disagree with this statement.

There are modest partisan divisions in views about whether America needs a leader ready to break the rules. Approximately half (49%) of Republicans agree with this statement, compared to 41% of Democrats. Political independents do not differ appreciably from Americans overall.

While there are no significant differences in views by race or ethnicity, among whites there is considerable variation of opinion by level of educational attainment. A majority (53%) of whites with no college education agree that the country needs a leader who is willing to break some rules to set things right. Fewer than one-third (32%) of whites with a college degree affirm this belief. Is Society Becoming Too Soft and Feminine?

Approximately four in ten (42%) Americans agree that society as a whole has become too soft and feminine, while a slim majority (53%) disagree.

Perhaps unsurprisingly, there is a stark gender divide in attitudes about whether society is becoming too feminine. Six in ten (60%) women say society has not become too soft and feminine overall, compared to 46% of men. Half (50%) of men agree that society has become too feminine.

Among religious groups, white evangelical Protestants stand out as the only one in which a majority (53%) agree that society has become too soft and feminine. These views contrast sharply with those of religiously unaffiliated Americans (30% agree, 66% disagree). Notably, both men and women reject the notion that society is better off when people conform to traditional gender roles. A majority of both men (53%) and women (57%) disagree that society would benefit if men and women stick to jobs for which they are naturally suited.

Nearly two-thirds (65%) of Democrats reject the idea that society would benefit if men and women embraced traditional gender roles. Republicans, in contrast, are much more divided: a slim majority (51%) do not believe society is better off when men and women stick to the occupations and activities for which they are naturally suited, while 44% say it is. The attitudes of political independents closely align with the views of Republicans (52% disagree, 43% agree).

Perceptions of Discrimination Against Women

Notably, men and women are about equally likely to believe women still face discrimination. About seven in ten (71%) women and roughly two-thirds (65%) of men believe discrimination against women is still a problem in the U.S.

There are, however, substantial differences of opinion over whether women still face discrimination between Republicans and Democrats. Nearly eight in ten (77%) Democrats disagree that discrimination against women is no longer a problem in the U.S., compared to about six in ten (59%) Republicans. The opinions of independents closely mirror those of Americans overall.

Nearly two-thirds (64%) of Americans report that it does not bother them when they come into contact with immigrants who speak little or no English, while about one-third (34%) say that it does. Americans roundly reject the idea that the U.S. should prevent Muslims from other countries from entering the country. Two-thirds (67%) of Americans oppose banning people who are Muslim from entering the U.S., while about one-quarter (24%) favor the policy. Attitudes on the issue are virtually unchanged from December 2015 (66% favor, 27% oppose).2

More than eight in ten (82%) young adults oppose banning Muslims from entering the U.S., while fewer than six in ten (56%) seniors express the same view.

American attitudes on banning Muslims are also sharply divided along party lines. Nearly eight in ten (78%) Democrats oppose enacting a ban that would block Muslims from entering the U.S., compared to 55% of Republicans. Nearly four in ten (37%) Republicans support this proposal.

Nearly eight in ten black Americans (77%) disagree that the government has given too much attention to the problems of blacks and other minorities, while a significantly smaller number of white (61%) and Hispanic Americans (57%) disagree

A majority (55%) of Trump supporters say the government has paid too much attention to the problems of blacks and other minorities in recent decades, while only 38% of Cruz supporters and 29% of Kasich supporters agree.

A majority of Americans report a dim view of their current economic health, with a majority reporting that their current financial situation is either only fair (37%) or poor (17%). More than four in ten Americans say they are in good (36%) or excellent (8%) financial shape.

Americans’ view of their personal financial situation has declined over the past six years. In 2010, fewer than half reported being only in fair (33%) or poor (13%) economic shape, compared to half who said their financial situation was either excellent (9%) or good (41%).

Nearly six in ten (59%) Americans favor increasing the tax rate on Americans earning more than $250,000 a year, while roughly one-third (35%) are opposed. Support has remained relatively unchanged over the last few years. In 2012, 61% of Americans expressed support for this policy

More than three-quarters (77%) of Democrats favor a tax rate increase for the wealthiest Americans. In contrast, only about four in ten (41%) Republicans favor this proposal, while 55% oppose it.

Nearly half (45%) of Americans report being worried that they or someone in their family will be a victim of terrorism, while 55% say that they are not too worried or not at all worried. Public concern about terrorism has remained steady since December 2015. Americans who are most concerned about terrorism also report much stronger support for a leader who is willing to break the rules. About six in ten (61%) Americans who say they are very worried about being a victim of terrorism agree that the country needs a leader who is willing to break rules to put things right, compared to 39% of those who are not at all concerned. 1 Supporters refers to Americans who express a preference for a particular candidate and is not limited to registered voters. 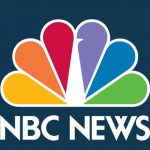 The Atlantic
Why Donald Trump Supporters Are Voting Alone
Related Research
Trump Gains Ground with White Evangelical Voters; Solidifies Lead with Republican Voters Nationwide
What Animates Trump Supporters
Does Trump Speak for the GOP on Immigration?
Thanks for signing up!