I. Critical Issues Driving the Election

Across party lines, all voters say that jobs/unemployment is a critical issue facing the country. More than 8-in-10 Republican (83%), Democratic (83%), and Independent (83%) voters view this issue as critical.

White evangelical voters are roughly twice as likely as unaffiliated voters and white mainline Protestant voters to say abortion (41%) and same-sex marriage (38%) are critical issues, although even among evangelical voters these issues rank much lower than jobs/unemployment (82%), the federal deficit (77%) and national security (58%). In national head-to-head named matchups against Obama, Romney outperforms Gingrich, but Obama has a clear advantage over both candidates at this point in the campaign. Gingrich trails Obam In matchups against both candidates, Obama generates much more excitement among his supporters than either Gingrich or Romney do among their supporters.

The patterns of religious support in a Romney-Obama vs. Romney-Gingrich matchup are similar, with the notable exception that Romney is running stronger among Catholic voters.

Romney maintains a strong advantage over Obama among white evangelical voters (60% vs. 22%). At the other end of the spectrum, Obama has large leads over Romney among religiously unaffiliated voters (58% vs. 25%). Obama leads Romney by 8 points among Catholics (48% vs. 40%). White mainline Protestant voters are again nearly evenly divided (41% for Obama vs. 43% for Romney). 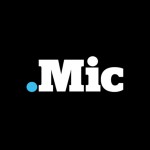