I. What Role Does the Supernatural Plays in Sports?

Half of sports fans see some aspect of the supernatural at play in sports, meaning they either pray to God to help their team, have thought their team was cursed at some point in time, or believe that God plays a role in determining the outcome of sporting events. One-in-four (25%) Americans who report being a fan of a particular team believe that their team has been cursed at some point in time.

More than one-quarter (26%) of sports fans report having prayed for God to help their team, while more than 7-in-10 (73%) say they have never done this.

White evangelical Protestants (38%), white mainline Protestant (33%) and minority Protestant (29%) sports fans are considerably more likely than Catholic (21%) or religiously unaffiliated (15%) fans to say they have prayed for their team.

Americans who report having prayed to God for their team are much more likely than those who have not to believe God plays a role in determining the outcomes of sporting events (37% vs. 12%).

Roughly 1-in-5 sports fans (19%) and similar numbers of all Americans (22%) believe that God plays a role in determining the outcomes of sporting events.

White non-Hispanic sports fans (12%) are less likely than non-white sports fans (30%) to believe that God plays a role in determining winners and losers in sports contests.

Among fans who believe that God plays a role in determining outcomes, a majority (52%) say they have prayed to God to help their team. Roughly 1-in-5 (21%) American sports fans report performing a ritual before or while watching their favorite team.

The majority (66%) of the rituals performed by fans involve wearing team jerseys or clothing with the team’s colors on them, though some fans report more creative apparel choices. One fan reports that he wears “a dirty pair of underwear… over my pants and then I put my jersey on.” Roughly one-quarter (24%) of fans who report having a ritual describe some type of activity, such as dancing in a circle, sitting in the same seat, or talking to their television. Some activities are quite specific, like one fan’s report that he takes all the money out of his wallet and puts it in the right-hand pants pocket before every game.

II. Most Americans Going to Watch the Super Bowl

A little more than two weeks before the Super Bowl, Americans appear very interested in football’s most important game. More than 7-in-10 (72%) Americans report they are likely to watch the game, including a slim majority (51%) who report they are very likely to watch. Interest in the Super Bowl this year is significantly greater than last year, when roughly two-thirds (66%) reported they were likely to watch the game, including 44% who said they were very likely to watch. There is less interest in other major sporting events being held this year, such as the 2014 Winter Olympics and World Cup soccer tournament.

Similar numbers of Americans report that they are likely to tune in to the Winter Olympics as the Super Bowl (68% vs. 72%), but fewer report being very likely to watch (35% vs. 51%).

There is substantially greater interest in the World Cup among Catholics (42%), minority Protestants (33%), and the religiously unaffiliated (25%) than among white mainline Protestants (15%) and white evangelical Protestants (13%).

More than half (56%) of Hispanic Americans say they are very or somewhat likely to watch the World Cup, a significantly higher share than the number of black (30%) and white (20%) Americans who say the same.

When it comes to watching sports, football remains the undisputed favorite among Americans. Americans are roughly four times more likely to say that football is their favorite sport to watch (39%) as they are to say the same about basketball (10%), baseball (9%), soccer (7%), or ice hockey (7%). Roughly 1-in-10 (11%) Americans report that they do not follow or watch any type of sport. There are considerable differences in America’s sports watching preferences by age and racial and ethnic identity.

Young adults ages 18 to 29 (13%) are roughly twice as likely as Americans overall (7%) and four times as likely as seniors ages 65 and older (3%) to say soccer is their favorite sport to watch.

Six-in-ten (60%) Americans consider themselves fans of a particular sports teams. There are few differences by basic demographic groups, though men are somewhat more likely than women to report following a team (65% vs. 56%).

III. Any Given Sunday: Football or Church?

Americans are about evenly divided on the question of whether God rewards athletes who have faith with good health and success (48% agree, 47% disagree). 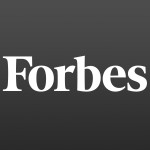 Forbes
Do You Think God Influences Your Child’s Sports Teams?

The Huffington Post
Half Of Americans Say God Plays A Role In Super Bowl Winner: Survey
Related Research
Nearly One-Third of Americans Say They Would Not Let Their Son Play Football
Ahead of Super Bowl, Heightened Concern Over Dangers of Football
God’s Role in Football: Russell Wilson vs. Aaron Rodgers
Thanks for signing up!