Associate Professor of Sociology at the University of Nebraska-Lincoln 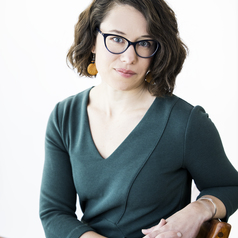 Kelsy Burke (she/her) is an associate professor of sociology at the University of Nebraska-Lincoln and an award-winning researcher of religion, sexuality, and culture.

Burke’s past research has examined a wide range of topics, including religious freedom laws and LGBTQ rights, evangelical women’s ministries, public debates over pornography, and the Christian sex advice industry. She is the author of Christians under Covers: Evangelicals and Sexual Pleasure on the Internet (University of California Press, 2016) and The Pornography Wars: The Past, Present, and Future of America’s Obscene Obsession (Bloomsbury, forthcoming 2023). Burke’s research has been supported by multiple grants and fellowships, including from the National Science Foundation, and has been published by top academic journals and popular outlets, including The Guardian, Newsweek, Slate, and The Washington Post.

As a PRRI Public Fellow, she will examine Americans’ attitudes about transgender rights as part of a larger project on the origins and evolution of trans-exclusionary politics in the United States.