White evangelical Protestant attitudes about Donald Trump have moved through three distinct phases since PRRI has been tracking them beginning in 2015: 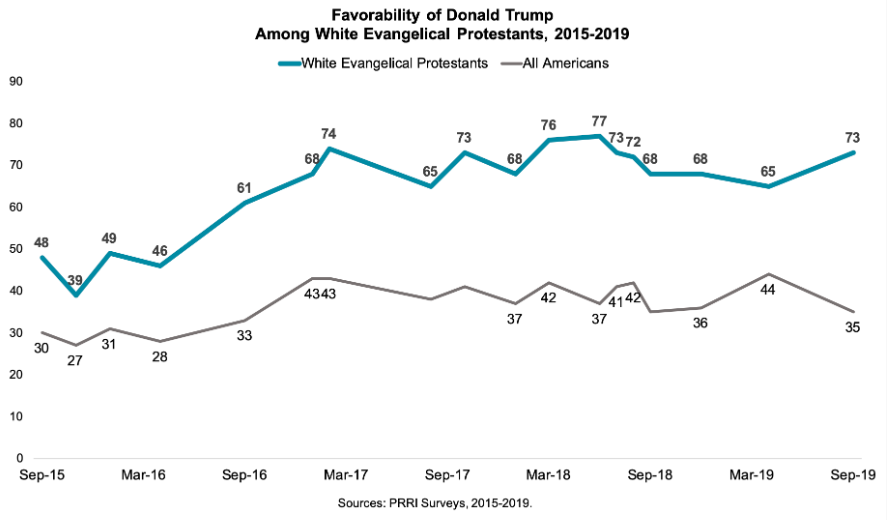 Other Attitudes about Trump

Opposition to Trump being impeached and removed from office: