President Donald Trump is set to sign a new executive action Thursday that would allow individuals and organizations who have religious or sincerely held moral objections to same-sex relationships and sex outside of marriage, or who deny the existence of transgender identity, to discriminate without fear of legal consequences. A draft of the proposed executive order was leaked in February 2017, laying out proposed protections for a set of religious beliefs related to sexuality and gender held by an increasing minority of both Christians and the general population at large.

New PRRI analysis, drawn from a February 2017 survey and a data set of more than 40,500 interviews conducted throughout 2016 as part of PRRI’s American Values Atlas, reveals that most Americans do not support the protections included in the executive action. 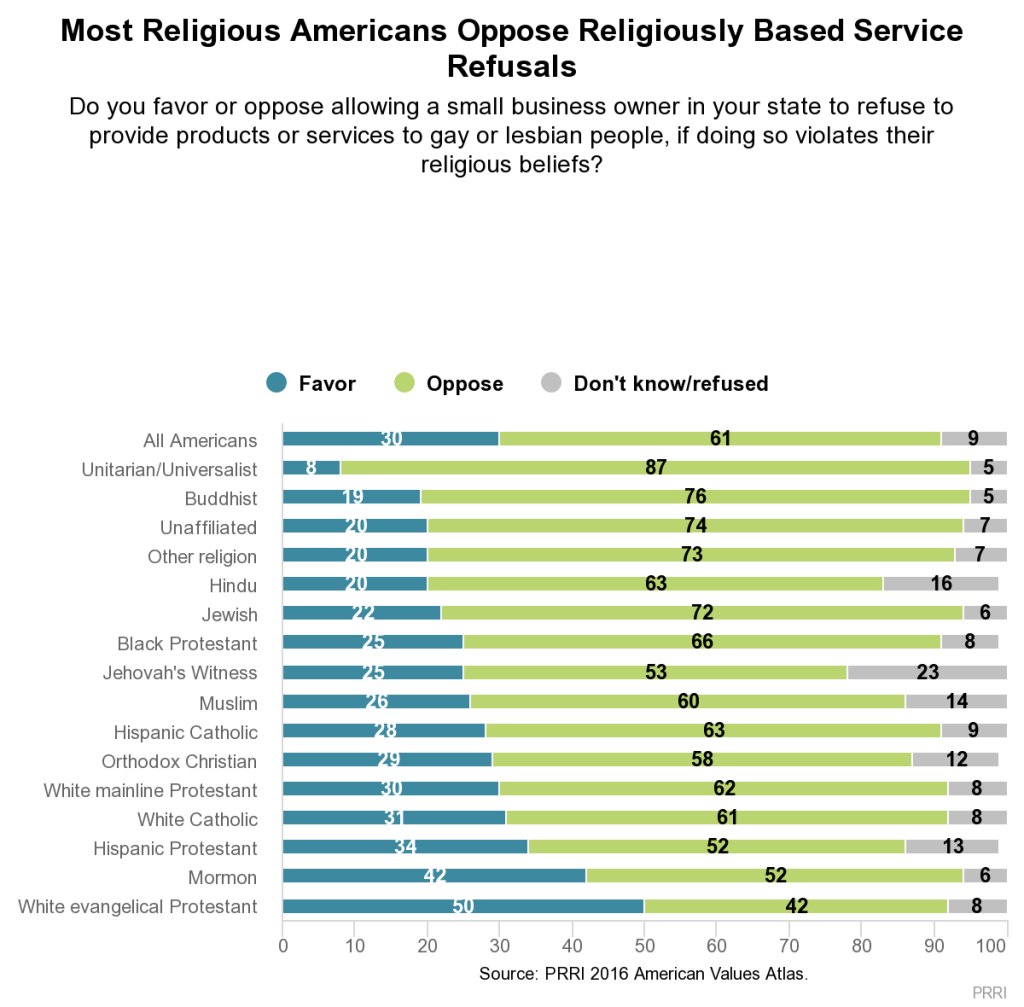 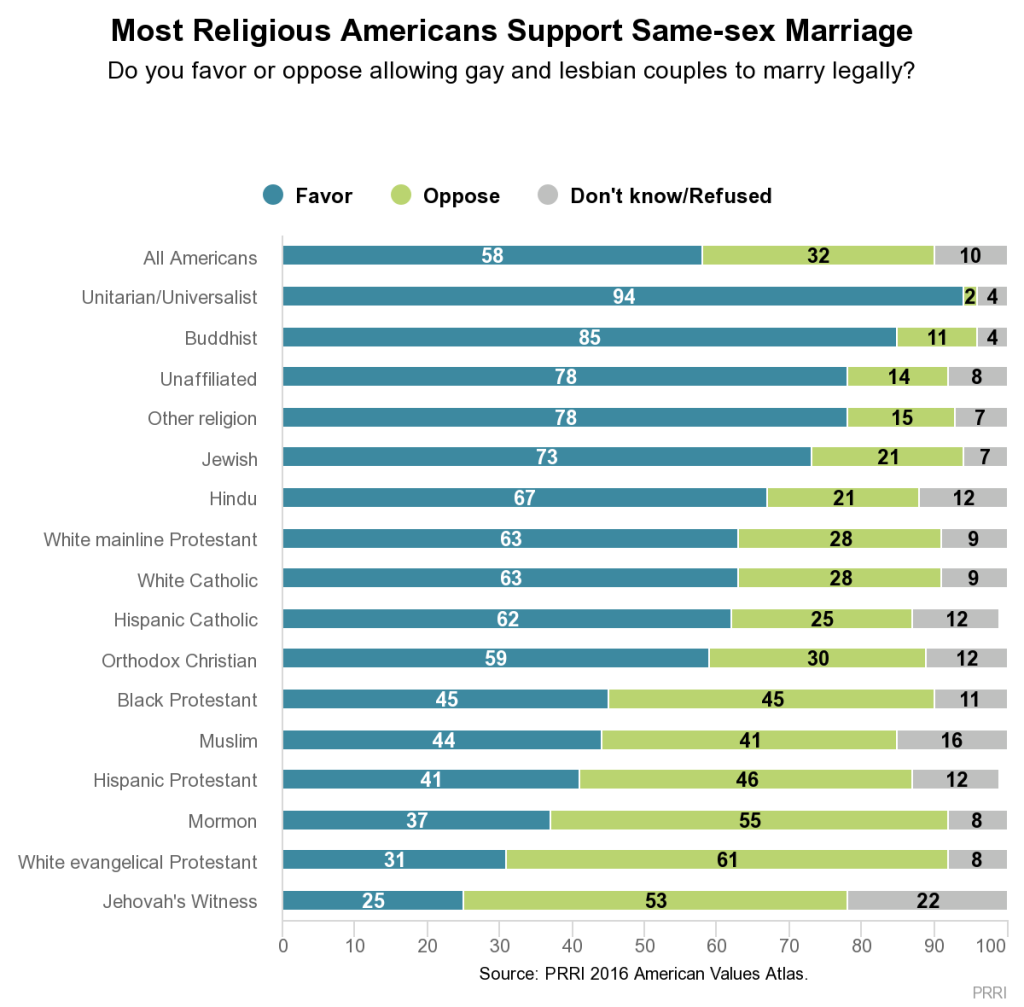 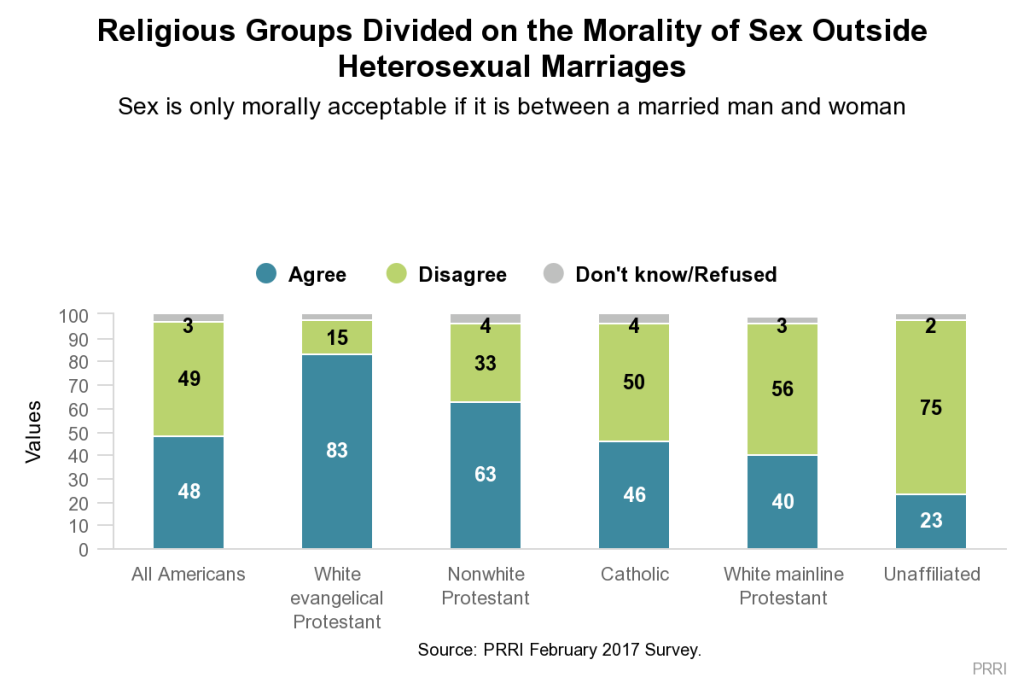 Most Americans say transgender people face discrimination. The executive order may also authorize discrimination based on the belief that gender and biological sex is objectively determined at birth. More than six in ten Americans (64 percent) say that transgender individuals already face a lot of discrimination in the U.S. today. This attitude is shared by majorities of major religious groups, including 52 percent of white evangelical Protestants. 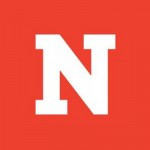