With his latest inflammatory comments on immigration, President Trump has once again stoked controversy and drawn condemnation from Democrats and a handful of Republicans in Congress. Incidents such as this are likely to exacerbate long-term problems for Republicans among younger voters — a demographic group the party has struggled to win for over a decade. 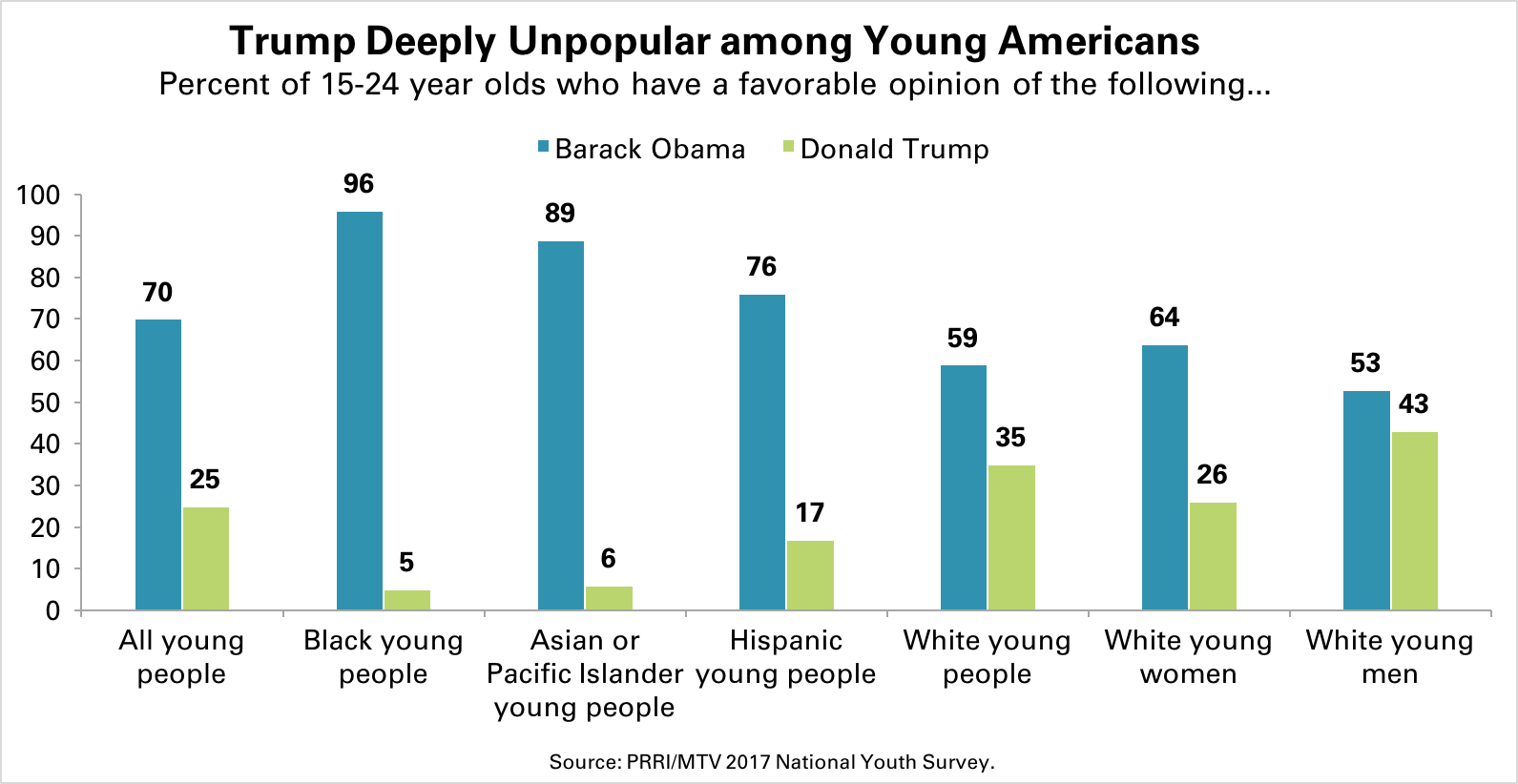 In contrast, 70 percent of young people have a favorable opinion of former President Obama, although this varies considerably by race and ethnicity. A majority of black (96 percent), API (89 percent), Hispanic (76 percent), and white (59 percent) young people view the former Democratic president favorably.

Impact going forward
Regardless of race, those born after 1980 have generally been more Democratic leaning in recent elections than their older counterparts. In addition, the racial composition of today’s younger generations is more diverse than any before them. These dual trends are already creating significant electoral headwinds for the Republican Party as these younger generations become a larger share of the voting population. President Trump’s latest actions will certainly not help his party’s standing with many of America’s youngest voters.