President Trump announced a ban on transgender people in the U.S. military on Wednesday. Here’s where Americans stand on a number of issues impacting the transgender community, including perceptions of discrimination.

More Americans know someone who is transgender and understand the meaning of transgender than did several years ago.

Additionally, today more than eight in ten (84%) Americans say they know what the term transgender means, a jump from 70% in 2011. More here. 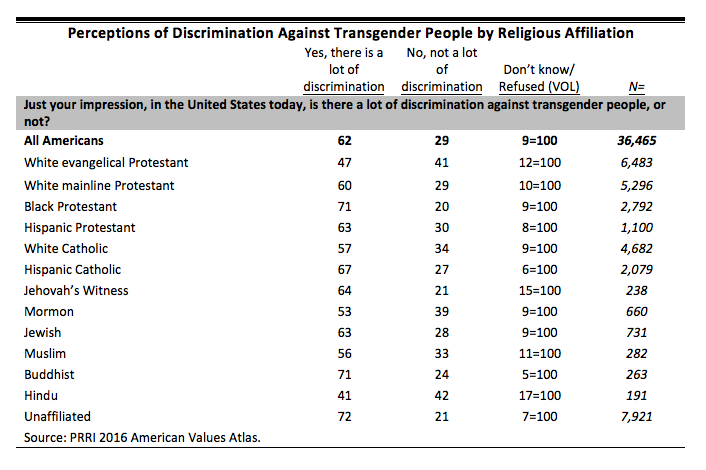