In the past decade, the Catholic church in the United States has experienced shifts from a largely white church to a church influenced by Latin American immigration. About one in five Americans (19%) identify as Catholic according to the PRRI 2019 American Values Survey, down slightly from 22% in 2010. This change is mostly driven by a slight decrease among white Catholics from 14% to 12%, while the proportion of Hispanic Catholics has remained fairly stable over time (6%). 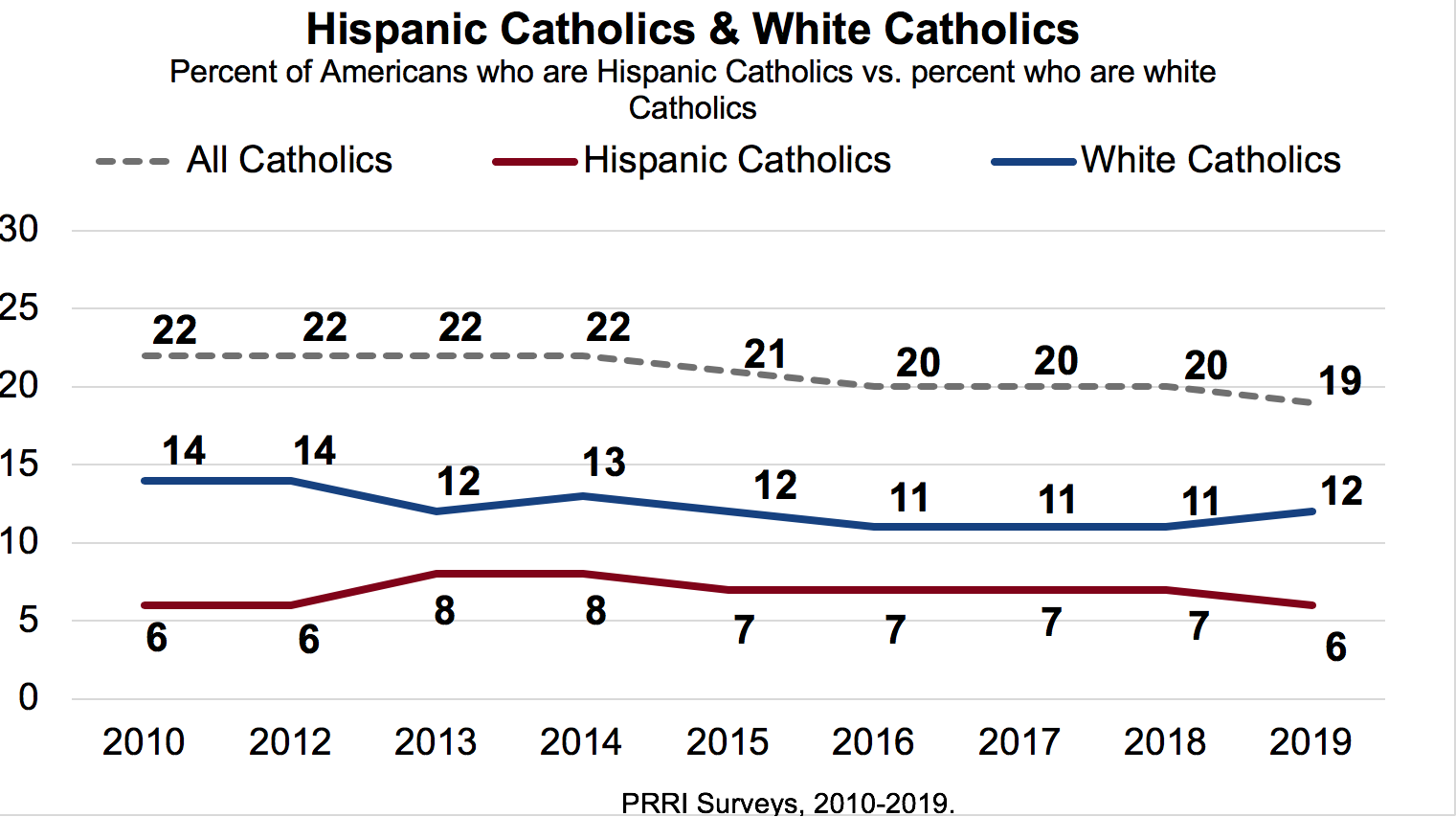 Hispanic and white Catholics do not differ in most of their opinions regarding issues they identify as critical. The top three issues Hispanic Catholics identify as critical are health care (73%), terrorism (63%), and climate change (62%), while the top three issues for white Catholics are terrorism (63%), health care (63%), and immigration (57%). However, Hispanic Catholics are notably more likely than white Catholics to say climate change (62% vs. 41%), race relations (56% vs. 38%), and the growing gap between rich and poor (46% vs. 31%) are critical issues.

There is also a noticeable educational gap. A slim majority of Hispanic Catholics report having high school or less education (51%), about one-third (32%) some college, and nearly one in five (18%) a college education. By contrast, less than four in ten white Catholics (37%) say they hold a high school or less education, about one in four (24%) some college, and nearly four in ten (39%) a college education.

Growing Gap Between Rich and Poor