In many ways 2017 was a tumultuous year, including in terms of the severity of natural disasters experienced around the world. The 2017 Atlantic hurricane season was among the top 10 all-time most active seasons on record, and the first time in known history that the Atlantic had two storms with 150+ mph winds at the same time. The New York Times reports that 2017 was the most expensive year ever for weather-related disasters, and warns these losses could be worse in years to come.

Recent PRRI polling finds Americans largely agree that the severity of recent natural disasters is evidence of climate change. According to PRRI’s 2017 American Values Survey, six in ten (60 percent) agree with the statement, while fewer than four in ten (37 percent) disagree.

Yet views are sharply polarized by party affiliation. More than eight in ten (84 percent) Democrats agree that the severity of recent natural disasters points to global climate change, as do nearly two-thirds (64 percent) of independents. In contrast, fewer than three in ten (27 percent) Republicans say the same. More than seven in ten (71 percent) Republicans believe that the severity of natural disasters is not evidence of climate change. 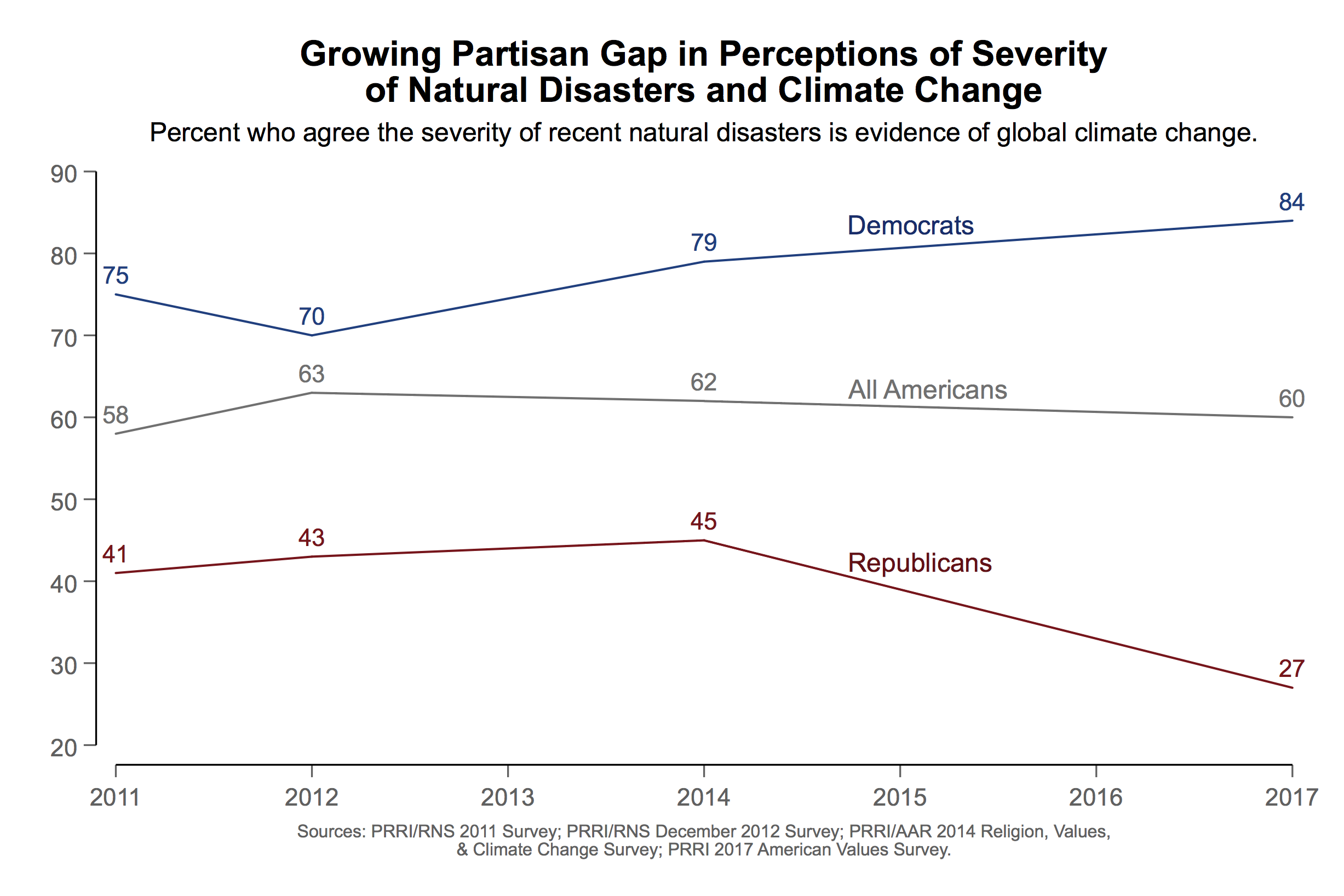