The question remains, in the time since the Obergefell decision and the CJCLDS policy announcement, how have these two tides affected Latter-day Saints’ views and behaviors? And perhaps more pressing still, how will these two forces continue to affect Latter-day Saints’ views and behaviors? Data from PRRI provides some important facts that suggest what may happen.

Fact #1: The Majority of Americans Support Nondiscrimination for LGBTQ People

Fact #2: Opposition to Same-Sex Marriage Has Decreased Dramatically Among Americans

Support for nondiscrimination may not always translate into support for rights. For some people, it may be easier to advocate that no one is treated poorly than that everyone be treated equally. Given that backdrop, it is notable that opposition to same-sex marriage has decreased dramatically since 2007, when 55% of Americans opposed same-sex marriage, to 30% in 2021. This decrease is most pronounced among younger Americans (ages 18–29), of whom only 22% oppose same-sex marriage. 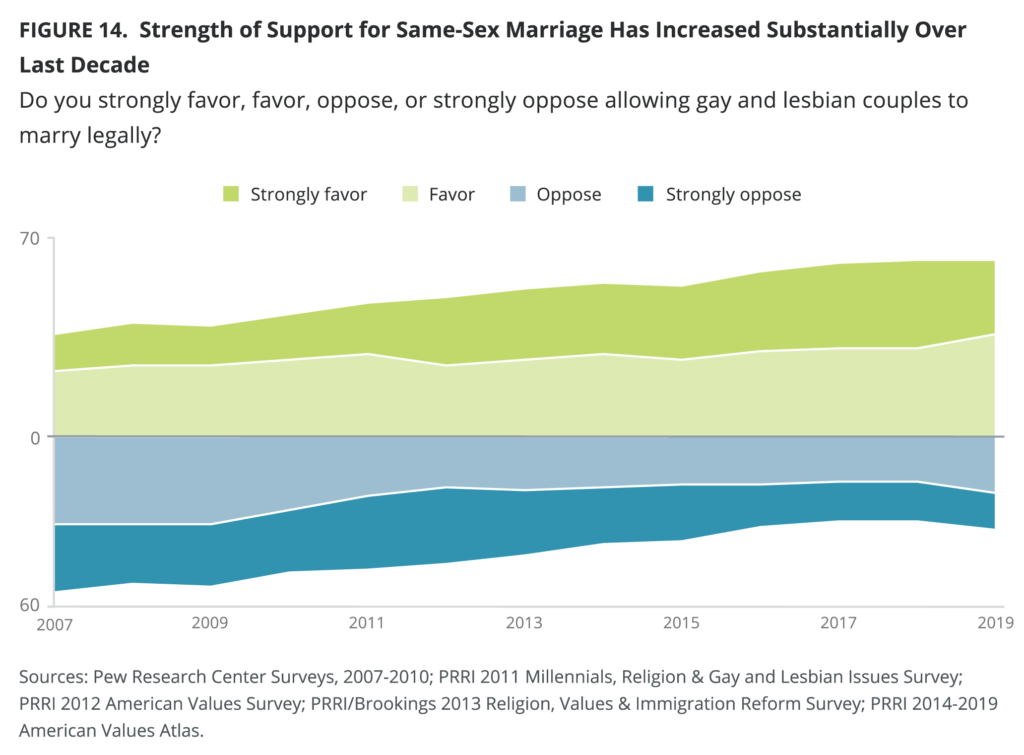