Texas lawmakers will gather later this month for a special session of the state legislature. Among the items up for discussion is House Bill 2899, which aims to eliminate school districts’ transgender-inclusive bathroom policies. Texas is not the first state to propose so-called transgender “bathroom bills,” and PRRI polling reveals where Americans overall—and Texans—stand on such laws. 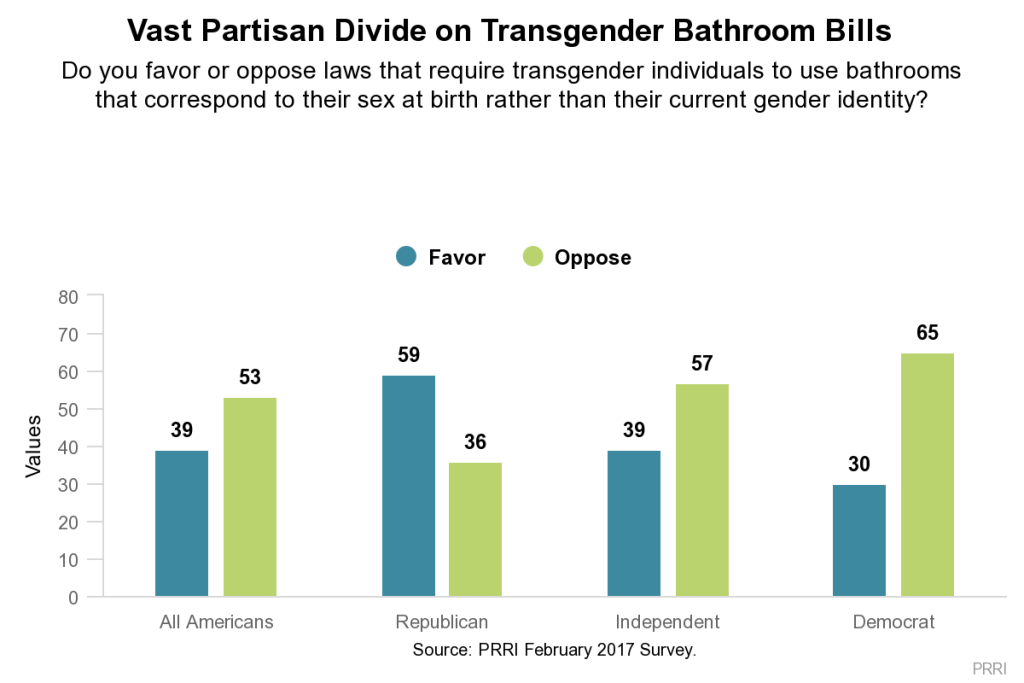 A majority (53 percent) of Americans oppose laws that would require transgender people to use bathrooms that correspond to their sex at birth rather than their current gender identity, while 39 percent favor such laws. Texan attitudes nearly mirror American attitudes on this issue, per an earlier 2016 PRRI survey on the issue. Most (53 percent) Texans oppose transgender “bathroom bills” while one-third (33 percent) favor them. Notably, 14 percent of Texas residents said they didn’t know or refused to answer.

For more on this issue, read PRRI’s February 2017 Survey.