Tax Day 2017 approaches, and while the yearly IRS deadline often prompts nothing more than a collective groan from the public, this year is marked by mass demonstrations calling on the president to release his tax returns, as well as talks of widespread tax reform. As we all prepare to file our paperwork, PRRI looks at support for raising taxes on the wealthy. 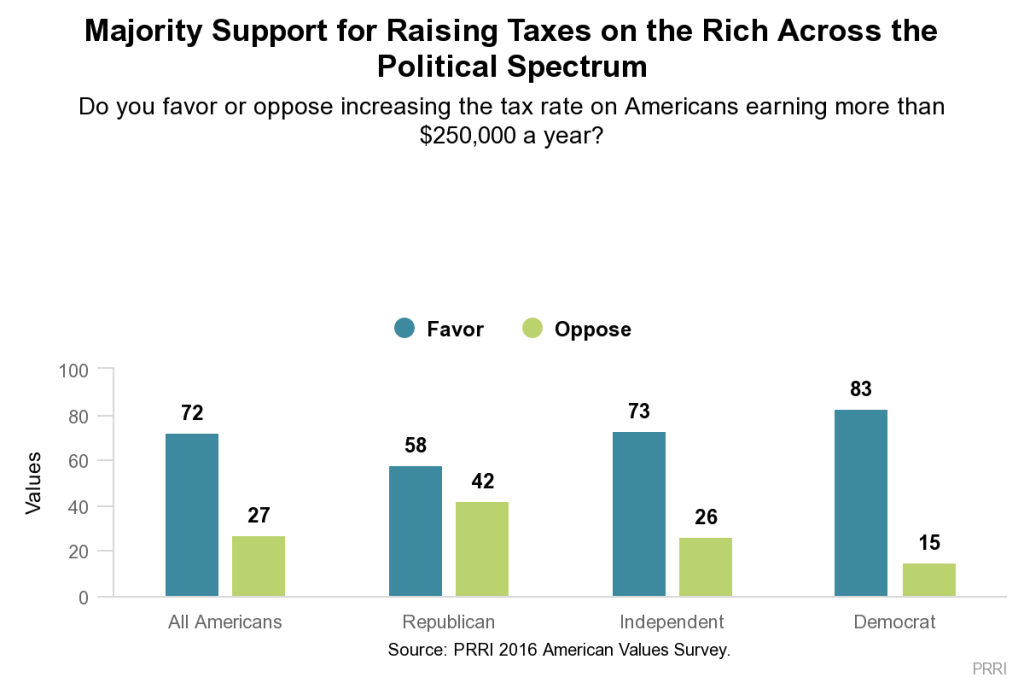 A move to raise taxes on the rich sees bipartisan support, even among Republicans. Majorities of Democrats (83 percent), independents (73 percent), and Republicans (58 percent) express support. 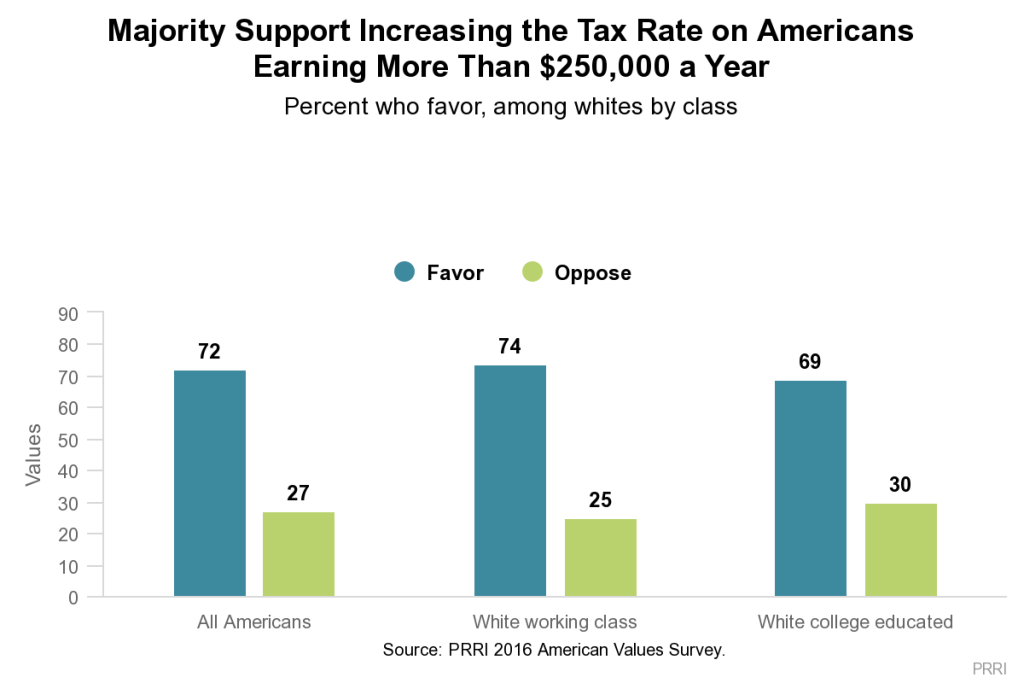 A higher tax rate on those earning more than $250,000 also sees overwhelming support among whites, regardless of class: 74 percent of white working-class Americans favor a tax hike on the rich, compared 69 percent of white college-educated Americans. Regardless of race or ethnicity, Americans are strongly in favor of higher taxes on the wealthy: Roughly seven in ten blacks (68 percent), Hispanics (74 percent), and whites overall (72 percent) support the change.

White evangelical Protestants—81 percent of whom voted for Trump last November—express some of the lowest support for raising taxes on the rich of any major religious group. Less than two-thirds (63 percent) favor increasing the tax rate on the wealthy, while 37 percent oppose it. Most white mainline Protestants (71 percent), white Catholics (70 percent), black Protestants (66 percent), and Hispanic Catholics (71 percent) favor the move. The religiously unaffiliated express the highest support of any religious group at 81 percent.