Wisconsin is the next major battleground for GOP frontrunners Donald Trump and Ted Cruz in the race for the Republican nomination. Using findings from the American Values Atlas, drawn from more than 81,000 interviews in 2015, we take a look at how the Dairy State’s Republicans compare to Republicans nationally. 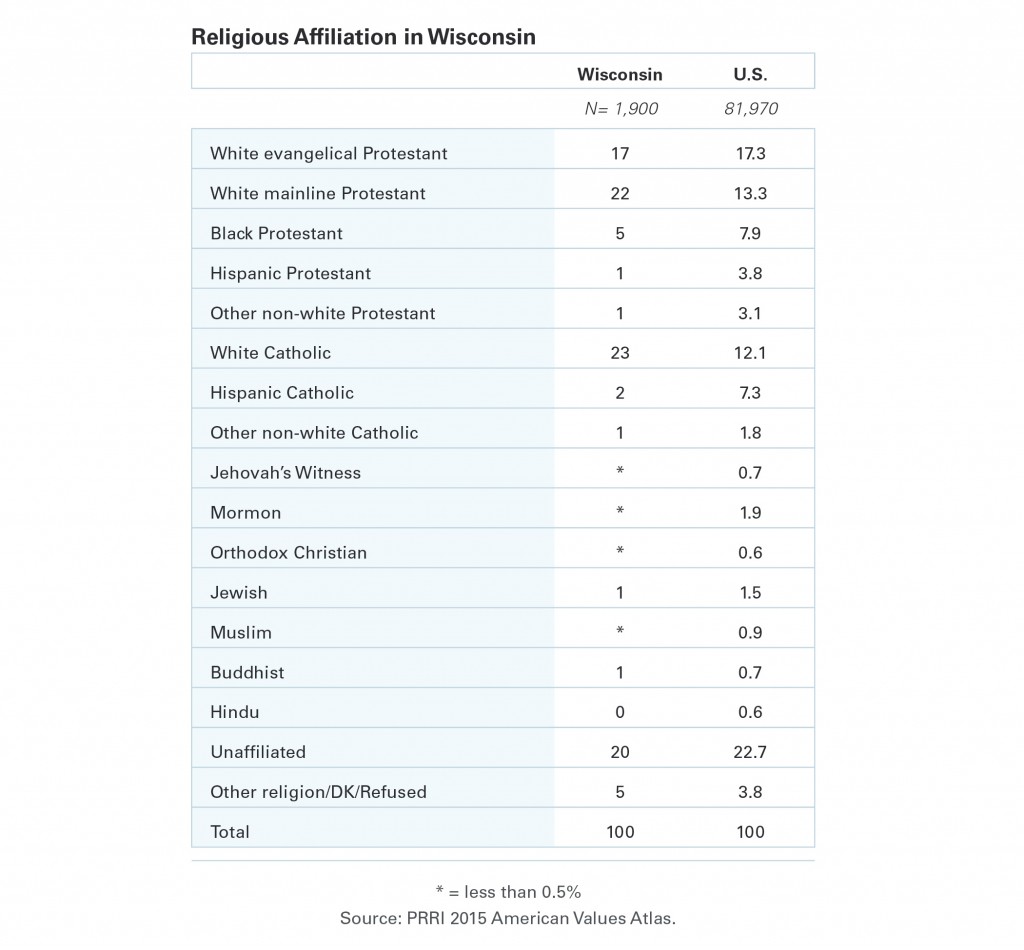 Notably, Wisconsin joins the Dakotas and Minnesota as one of the most Lutheran states in the U.S.: 20 percent of Wisconsin residents are Lutheran. 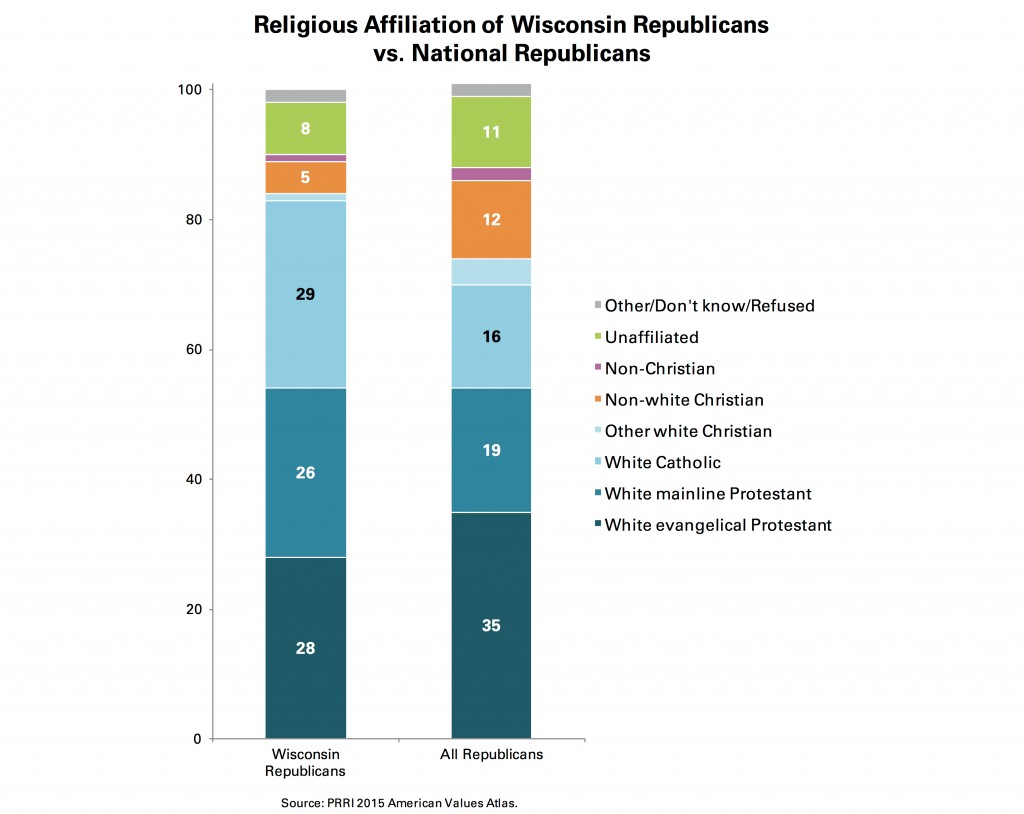 The religious profile of Republicans in Wisconsin differs sharply from the state overall. Nearly three in ten GOP residents are white evangelical Protestant (28 percent), while a similar number identify as white Catholic (29 percent). Roughly one-quarter (26 percent) of Wisconsin Republicans are white mainline Protestant, while fewer than one in ten (8 percent) identify as unaffiliated. 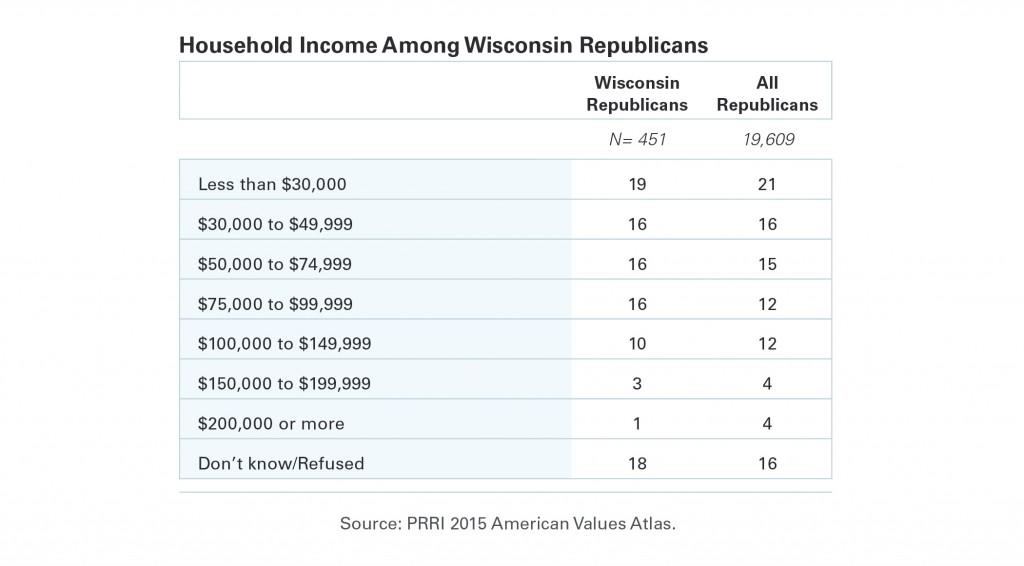 Explore the religious and political landscape of your state using the AVA here.