Since 2007, the religious composition of New York State has changed significantly. Notably, its Catholic population has fallen, and its religiously unaffiliated population has risen. Eighteen percent of New Yorkers are white Catholic today, compared to 26% of the state’s residents in 2007. One-quarter (25%) of New Yorkers eschew a religious identity today, compared to 17% eight years ago. Interestingly, the Hispanic Catholic population in New York remained stable over this period, with 10% identifying as such. 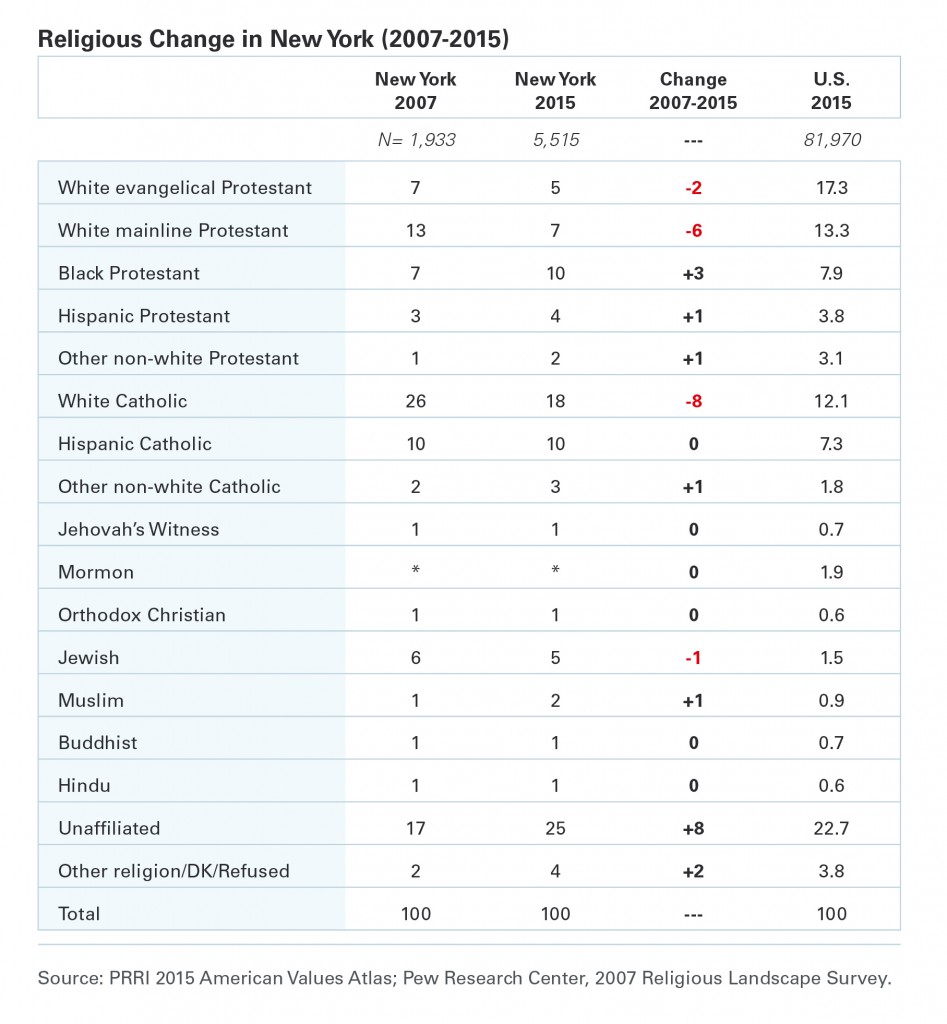 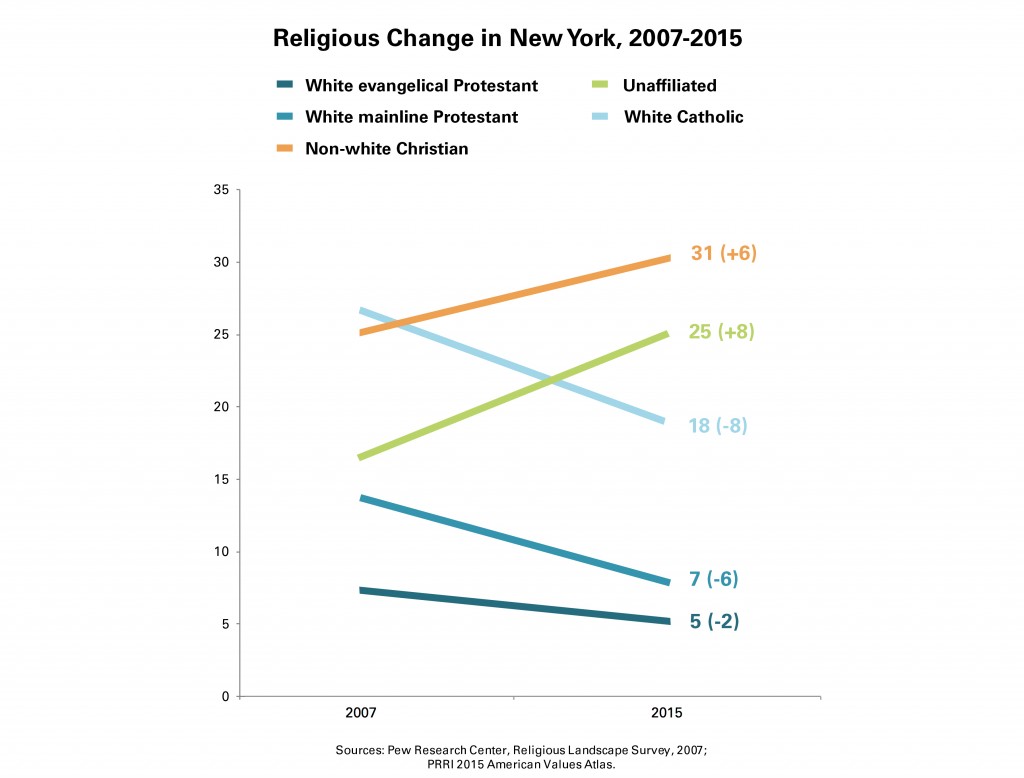 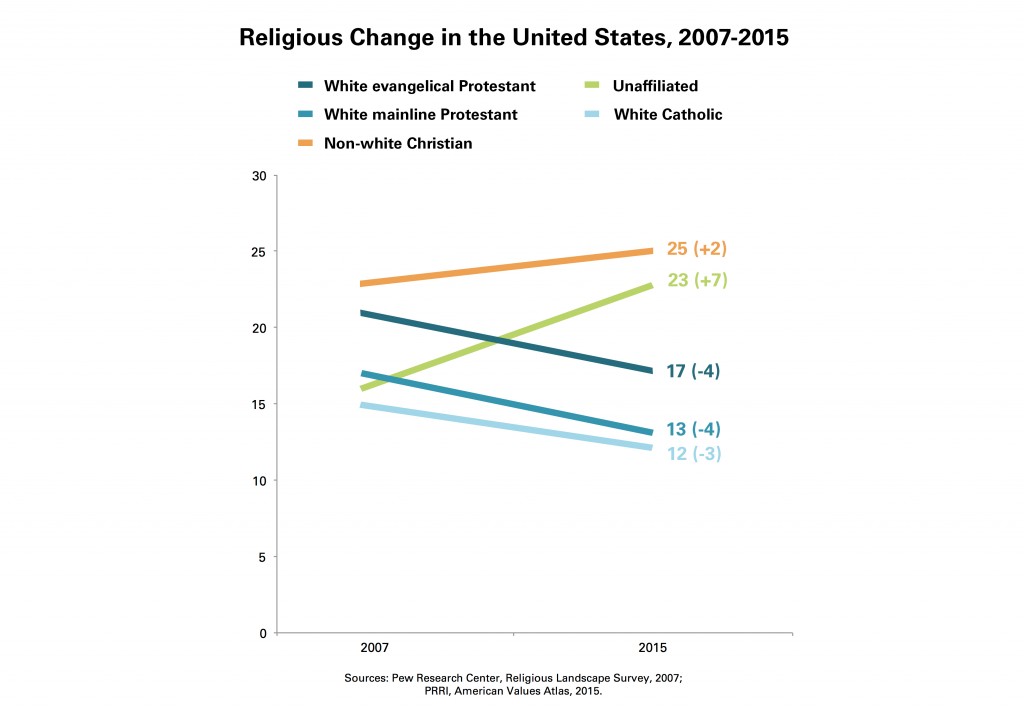 The religious profile of New York State, like the U.S. overall, is facing substantial generational changes. A majority (55%) of New York seniors (age 65 and older) identify as white Christian, while only roughly one in ten (13%) young adults (age 18-29) in the state are white Christian. This is primarily driven by the shift in Catholic identity. Seniors are more than four times more likely to be white Catholic than young adults (30% vs. 7%, respectively). Conversely, young adults are more than three times more likely than seniors to be religiously unaffiliated (39% vs. 12%, respectively). 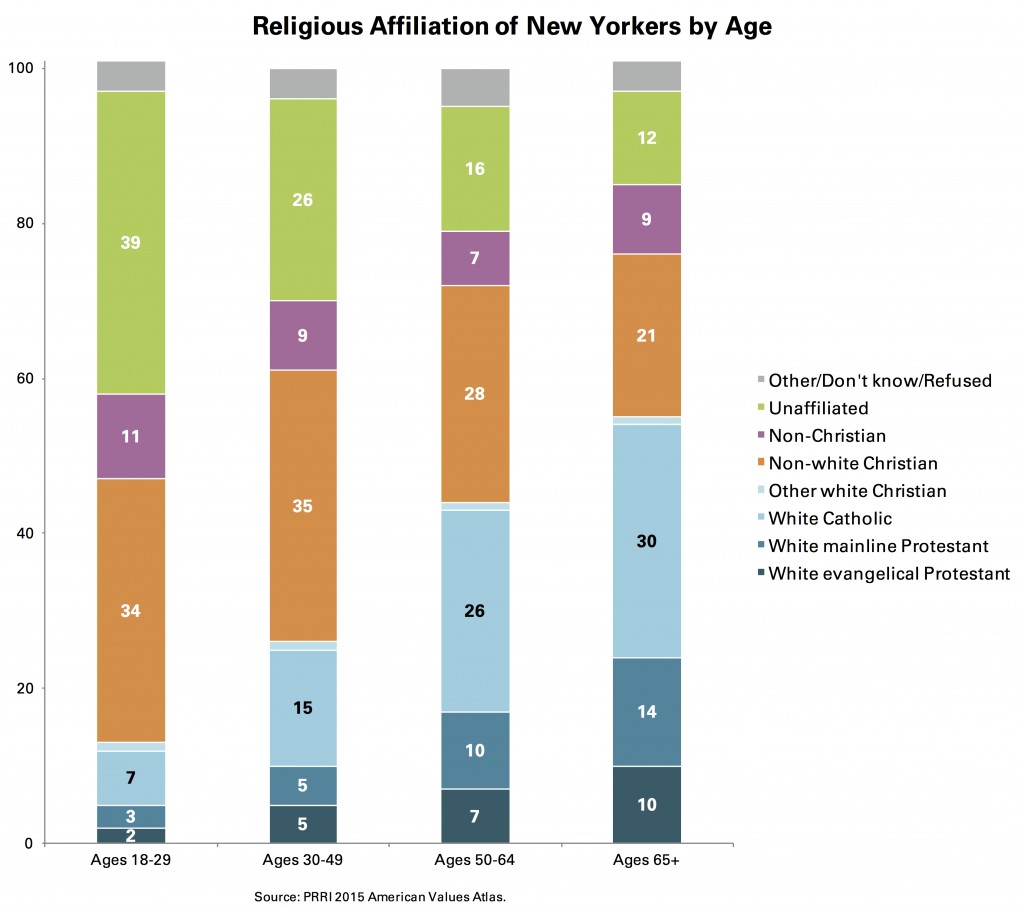 Religion and the Political Parties 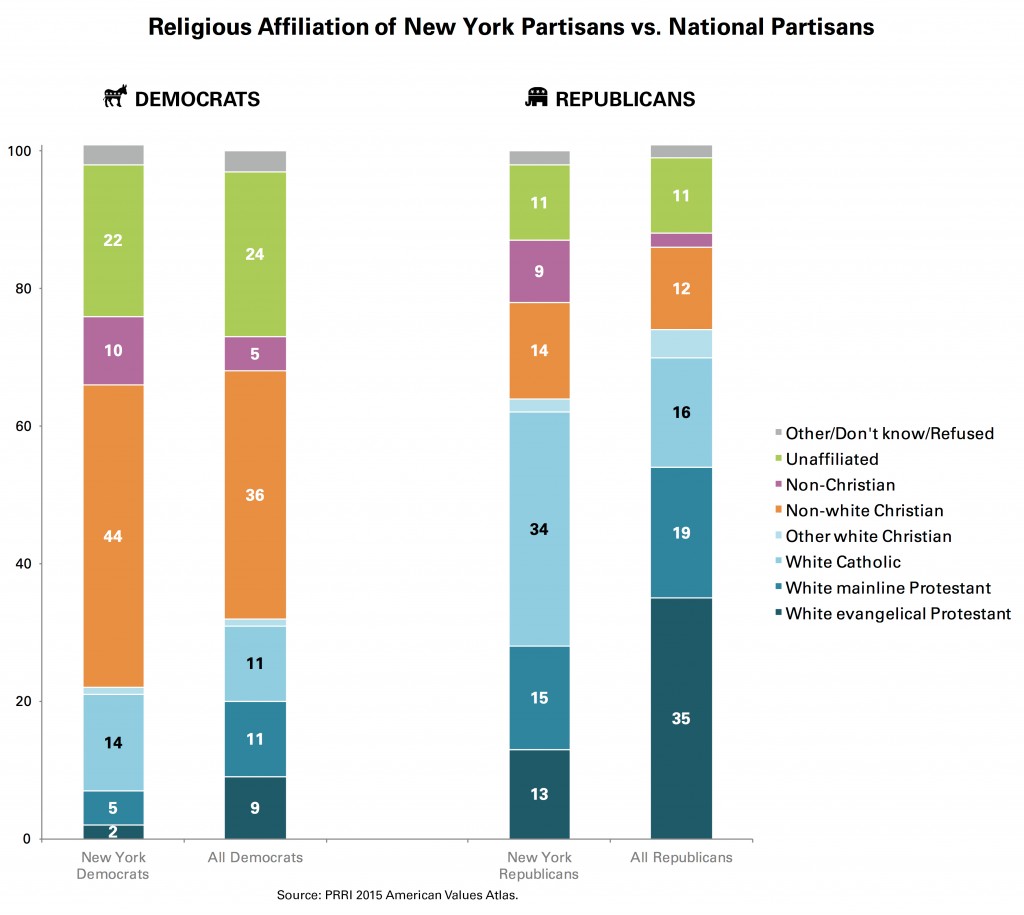 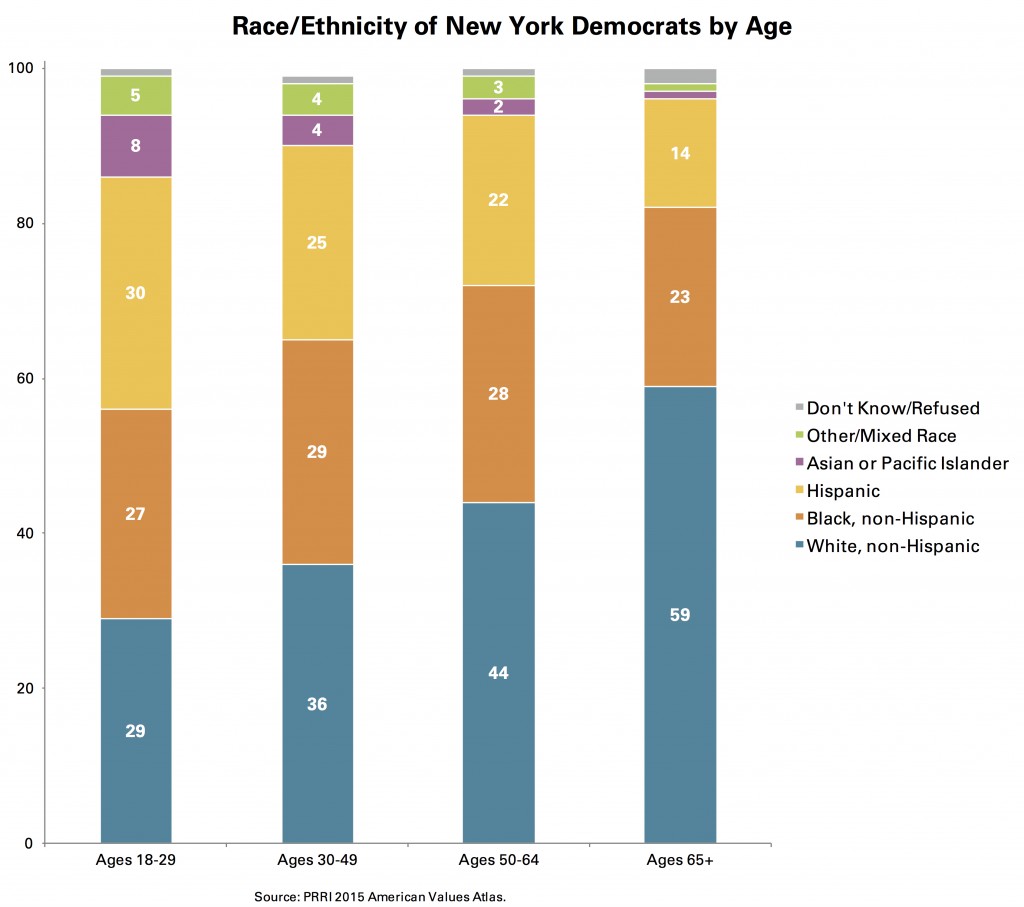 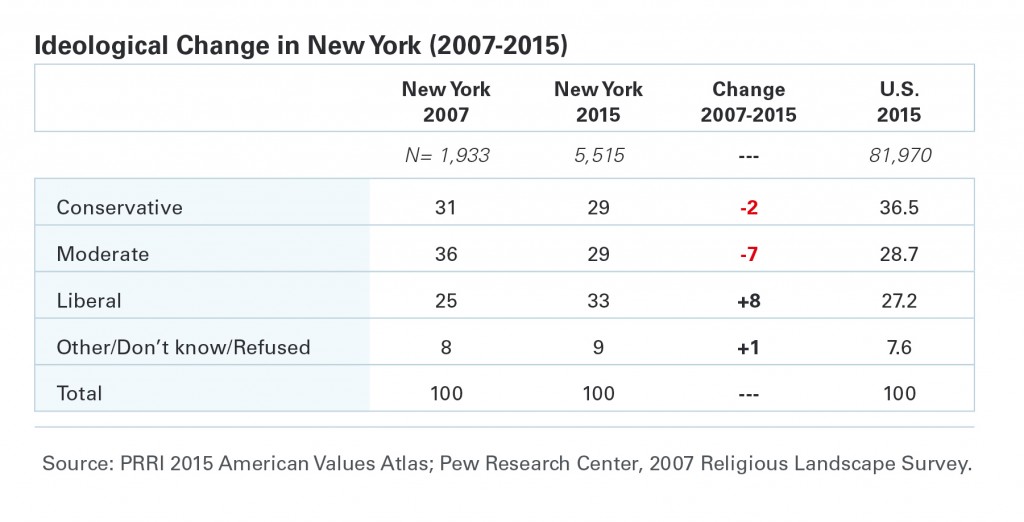 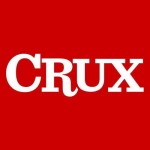