Even before the Trump administration, Texas has long felt the impact of immigration policy debates on everything from sanctuary cities to border wall funding. Using data from PRRI’s American Values Atlas, we uncover where Texans of all political stripes stand on immigration issues. 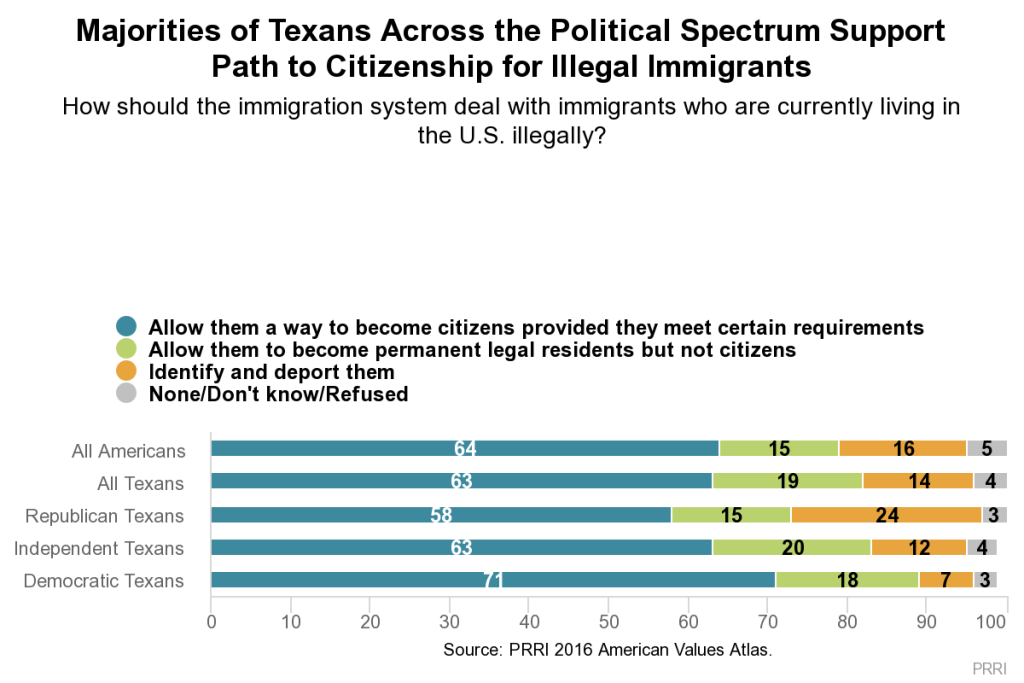 And majorities of Texans of every major political party—including 71 percent of Democratic Texans, 63 percent of independent Texans, and 58 percent of Republican Texans—support a path to citizenship. Roughly similar numbers of each group say the immigration system should allow immigrants currently living in the country illegally to become permanent legal residents but not citizens, although Republican Texans are the least likely to support this option.

Attitudes on deportation among Texans see the largest divides. At 24 percent, Republicans in Texas are more than three times as likely as their Democratic counterparts to support identification and deportation as a solution for immigrants currently living in the country illegally. Fourteen percent of Texans overall support identification and deportation, roughly equal to the public’s attitudes overall.