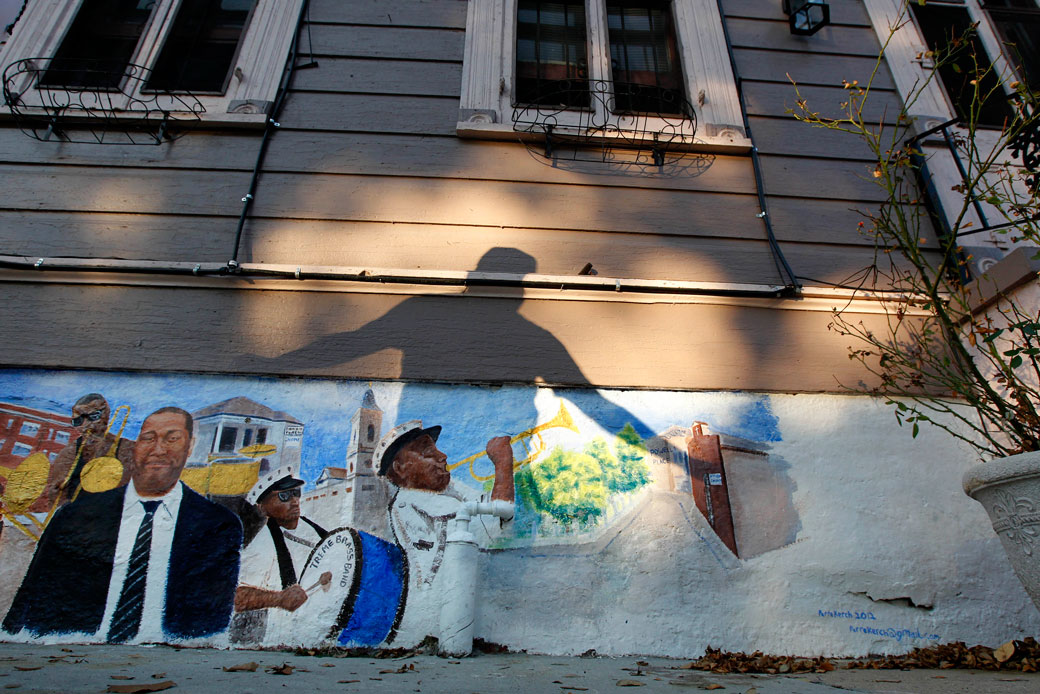 Media and certain narratives often pit racial groups against each other on the issue of immigration. One popular idea holds that Black Americans oppose immigration on the grounds that immigrants—most of whom have come from Latin America or Asia since the 1960s—pose a labor threat, creating competition in hiring, depressing wages for native-born Americans, or otherwise contributing to poor outcomes for Black Americans. This narrative also holds that these immigrants are dangerous and increase crime in communities across the United States.

However, recent research shows this is not true. Increased immigration does not, in fact, negatively impact economies, and the presence of immigrants in communities leads to greater security and less crime. Similarly, the idea that Black Americans disapprove of immigration or of immigrant integration into the American social and political fabric does not hold up in the face of polling data. In the last decade, Black Americans’ views toward immigration and immigrants have been extremely positive overall, and in some ways have become more positive and welcoming than they were in the past. This trend is particularly striking when compared with the trends in views about immigration among other racial groups, such as Asian Americans. The generally pro-immigrant views of Black Americans also exceed those of white Americans. 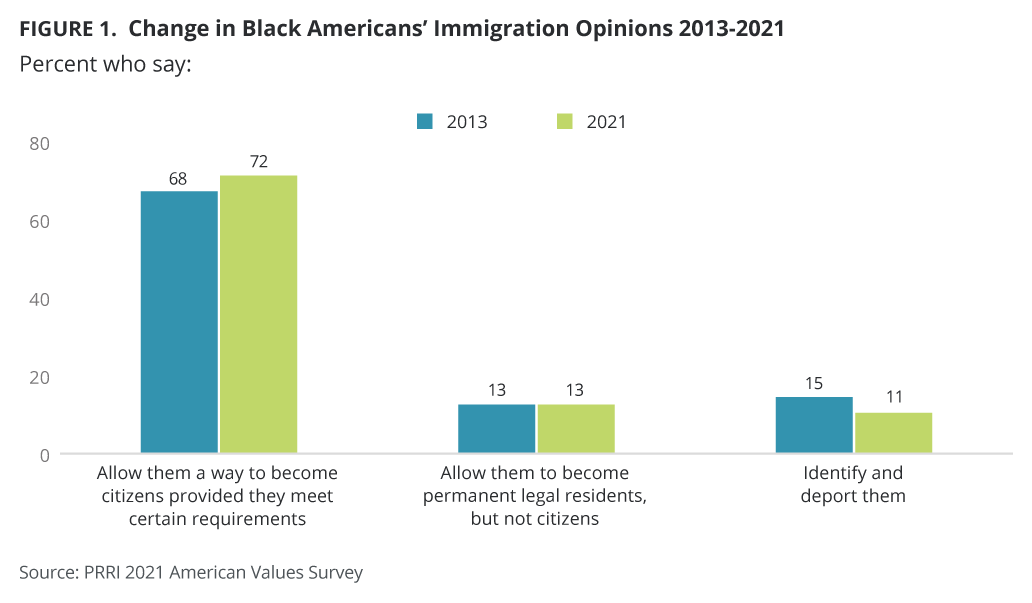 Again, there are some nuances in these data. For example, from 2017 to 2021, the percentage of Black Americans who favored building a wall at the southern border of the United States rose, from 15% to 34%. Yet this percentage is significantly lower compared to the general population (45%). Despite this potential hardening of attitudes about immigrants’ entry into the country, Black Americans continue to view immigrants positively and believe that undocumented immigrants already in the United States should have a pathway to citizenship.

The importance of religion for shaping Black attitudes toward immigration is less clear. Despite the fact that a large majority of Black Americans identify with a religious group (89% of Black Americans, according to the U.S. Religious Landscape Survey in 2014), survey numbers are often too small for robust analyses of this type. However, as Leniece Titani-Smith has shown, a majority of Black Protestants (both mainline and evangelical) as well as Black Catholics believe that immigration benefits the nation, but Catholics are five times more likely to believe this, and this view is stronger among Black Protestants who attend church less often. This suggests that broader anti-immigrant sentiment that has infiltrated American Evangelicalism continues to make inroads among different racial and ethnic groups. Other data show that white evangelicals, mainline Protestants, and Catholics are the most opposed to immigration reform, Latino evangelicals are most in favor, and Black evangelicals are in between. These findings suggest that race and political leanings are more important than religion in shaping Black attitudes toward immigration. Both religious affiliation and frequency of church attendance also seem to have some correlation to attitudes about immigration, but more research is needed to examine specific connections.