In both Hobby Lobby Stores v. Sebelius and Little Sisters of the Poor Home for the Aged v. Burwell, Gorsuch opined that the employers and organizations in the cases were entitled to exemptions from the Affordable Care Act’s contraception mandate on the grounds that the mandate violated the institutions’ religious beliefs under the Religious Freedom Restoration Act. 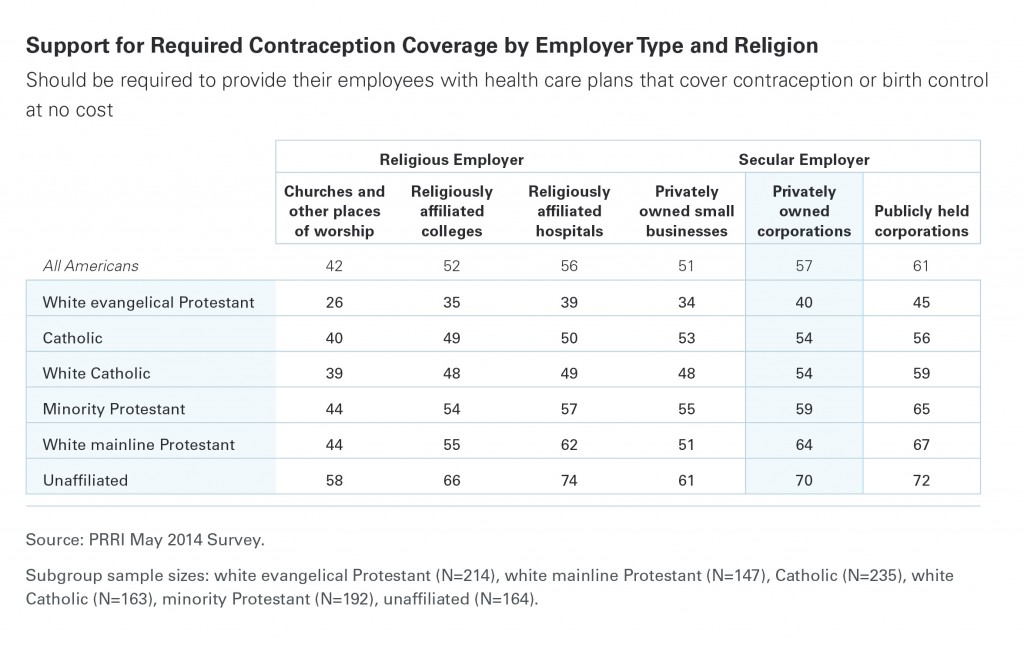 Americans overall, however, don’t give as much deference to private organizations when it comes to providing comprehensive health coverage. A majority (57 percent) say privately owned corporations should be required to provide employees with health care plans that cover contraception at no cost. However, there are significant partisan divides. While 74 percent of Democrats agree private corporations should offer insurance plans that covers contraception, only one-third (33 percent) of Republicans say the same. Almost two-thirds (65 percent) of Republicans say private corporations should not be required to provide these health plans. And among all major religious groups, white evangelical Protestants stand out in their opposition to such a requirement: Nearly six in ten (58 percent) say private companies should not have to offer insurance covering contraception to employees. Similar patterns exist when Americans are asked about whether religiously affiliated hospitals should be required to provide health plans that cover contraception.

Gorsuch also has a history of favoring religion’s place in the public sphere: In Summum v. Pleasant Grove City (2007), Gorsuch supported the government’s right to display a donated monument of the Ten Commandments in a public park while denying displays of all other donated monuments. And in 2009 and 2010, he dissented in two separate cases, arguing that the current standard of the “reasonable observer” test for determining whether public monuments containing religious symbols constitute a government endorsement of religion was incorrectly applied and led to an unnecessarily strict standard for any displays containing religious symbols.

Read PRRI’s full analysis on comprehensive health coverage and religious exemptions here, and the 2016 PRRI/Brookings immigration survey, which includes questions on perceptions of discrimination against Christians in the United States, here.

Related Research
Americans Oppose Allowing Small Businesses to Refuse Services on Religious Grounds
How Immigration and Concerns about Cultural Change are Shaping the 2016 Election | PRRI/Brookings Survey
Thanks for signing up!
Tweet
Tweet
Tweet