On June 24, 2022, in the decision in Dobbs v. Jackson Women’s Health Organization, the Supreme Court of the United States (SCOTUS) overturned the long-standing precedent set by Roe v. Wade. The decision means states are no longer restricted from banning access to abortion in the first trimester of pregnancy, going against American public opinion and prompting further study of Americans’ views of the Court. In 2021, PRRI found that a slim majority of Americans (53%) trusted the Supreme Court to do the right thing only some or none of the time.

With six of the nine justices on the Supreme Court appointed by Republican presidents, it comes as no surprise that in 2021 Democrats were the most likely to report distrust in SCOTUS (56%), compared with 51% of independents and 46% of Republicans. Among all the demographics examined in the survey, including political affiliation, race, religious tradition, and age, Democrats were also the only demographic category that distrusted the Supreme Court (56%) more than the federal government (53%).

In the United States, Black women are far more likely than white women to die in relation to a pregnancy, and Black Americans are also the most likely to distrust the Supreme Court (68%), compared with 63% of multiracial Americans and about half of white Americans (51%), Hispanic Americans (49%), and Americans who identify with another race (48%).

Another SCOTUS ruling in 2022 safeguarded prayer in schools, a move that supported religious practices — and particularly evangelical Christian practices — in public spaces. Prior to this ruling, which might shift opinions among some religious groups, nearly half of white evangelical Protestants (49%) reported distrust in the Supreme Court, compared with nearly two-thirds of religiously unaffiliated Americans (65%) and Black Protestants (62%). Hispanic Catholics were the least likely to distrust the Court, with only four in ten expressing distrust (40%). 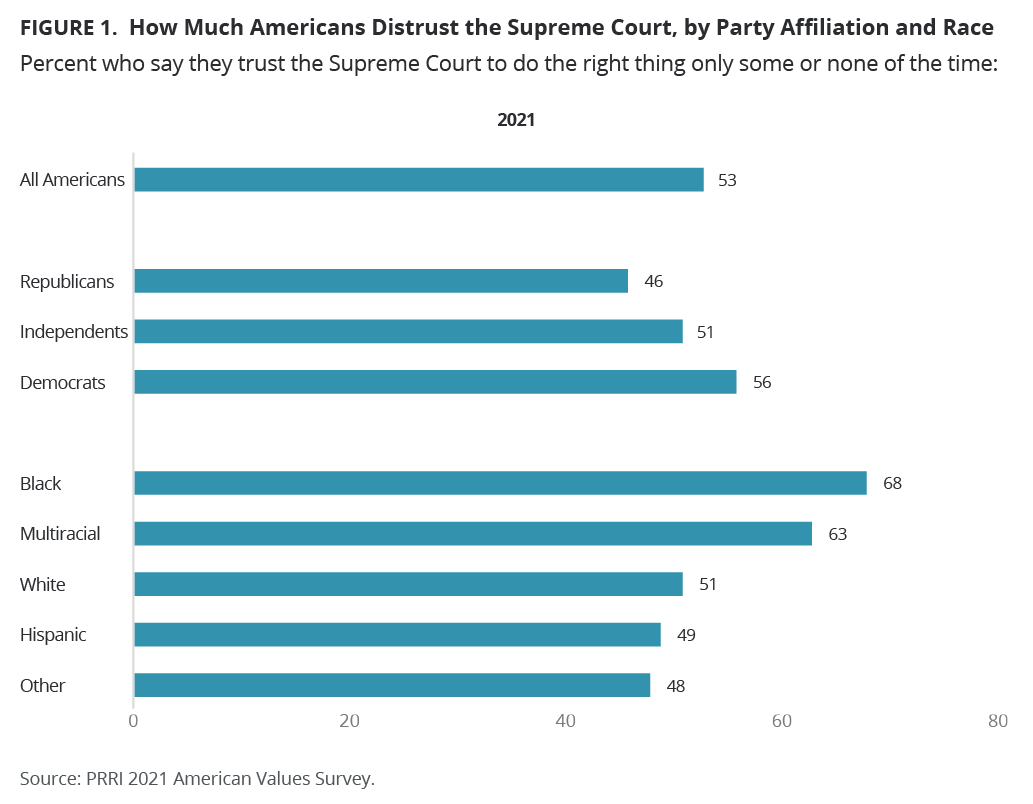 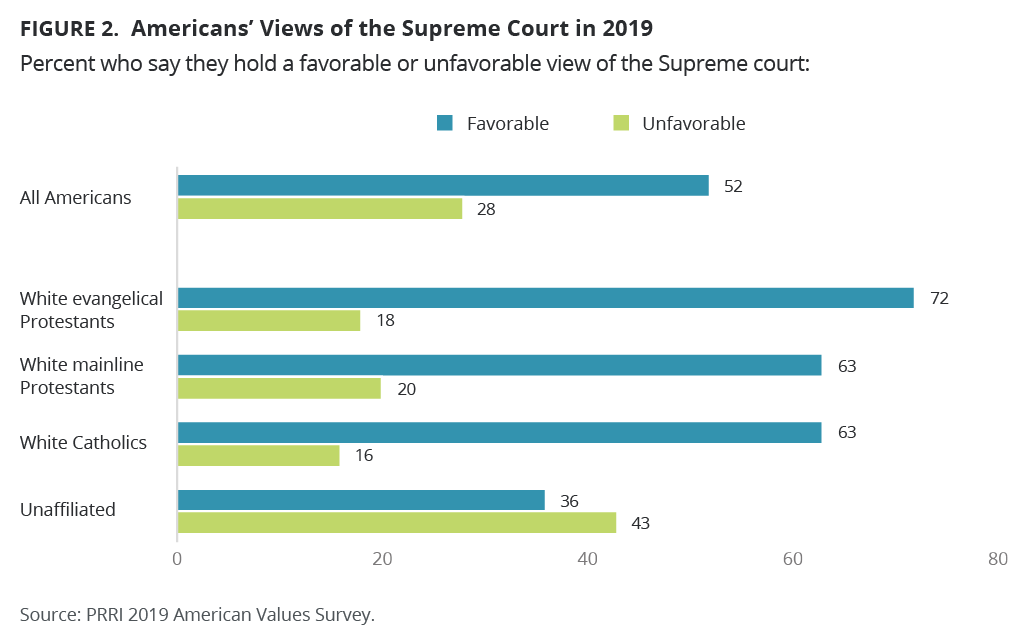 Democrats Were Already on Alert in 2020

In 2020, 43% of Americans said the appointment of Supreme Court justices was a critical issue to them, four in ten said it was one among many important issues (40%), and 15% said it was not that important. A slim majority of Democrats (53%) considered the appointment of justices a critical issue, compared with 44% of Republicans and 34% of independents. 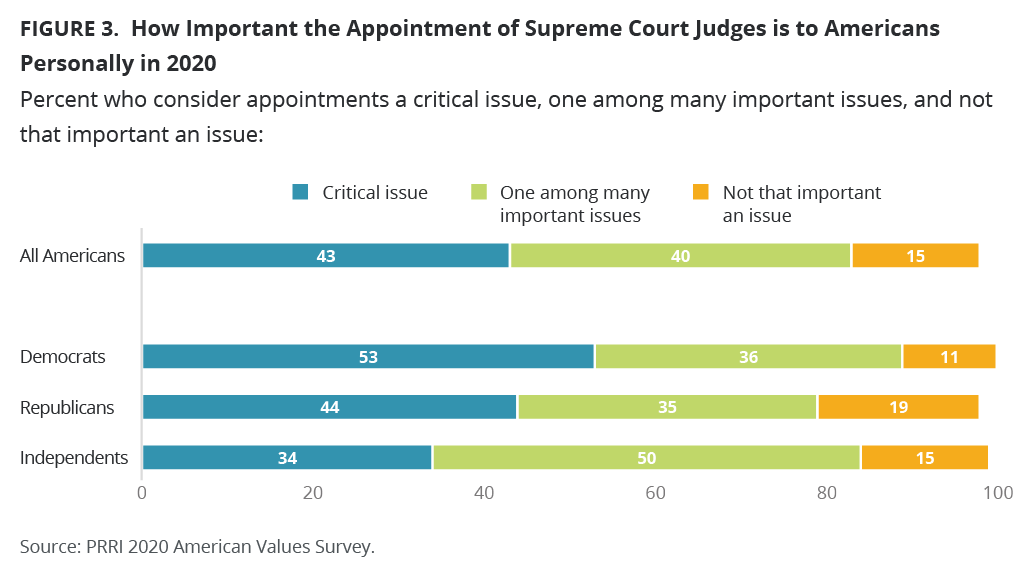 Black Americans were the most likely to support expanding the size of the Court (61%), followed by Hispanic Americans (51%), and white Americans (41%).

White evangelical Protestants were the least likely to favor expanding the Court (32%), compared with six in ten Black Protestants (60%), 53% of religiously unaffiliated Americans, four in ten white mainline Protestants (40%), and 38% of white Catholics.