As teachers from around the country gather at the National Educators Association Annual Meeting in Minneapolis, MN, there will likely be much talk about the teacher walkouts and strikes that occurred during the spring. Teachers in six states organized protests around education funding and teacher pay, arguing their wages have not kept up with the cost of living and their schools are not being properly funded. The protests were largely directed at Republican governors and legislatures; of the six states where teachers protested, four have Republican governors, and five have Republican-controlled legislatures. However, teachers in these states may face an additional hurdle in getting their state’s leadership to address education funding, according to a new PRRI analysis.

Americans broadly recognize inadequate funding for public education needs addressing, although they are less united about whether school quality is an issue. More than half (51 percent) of all Americans say lack of funding for public schools is a major problem in U.S. communities, while one-third (33 percent) say it is a minor problem and 15 percent say it is not a problem at all. More than one-third (36 percent) of Americans say lack of access to good public schools is a major problem facing U.S. communities, although similar numbers say it is a minor problem (35 percent) or not a problem (28 percent).

But agreement breaks down along party lines. While about six in ten (61 percent) Democrats say lack of funding for public schools is a major problem in U.S. communities, only about four in ten (41 percent) Republicans say the same. Similarly, 42 percent of Democrats identify a lack of access to good public schools as a major problem in U.S. communities, compared to one-quarter (25 percent) of Republicans. Given this gap, it’s notable that most of the protests occurred in red states, where teachers not only had to advocate for higher salaries and increased funding but also had an extra hurdle in convincing Republicans that these were issues that needed to be addressed in their states.

The Atlantic
Is Trump’s Victory the Jump-Start Civics Education Needed? 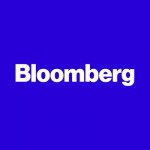 Bloomberg News
Majority of House Members Get Education on Immigration
Related Research
Anxiety, Nostalgia, and Mistrust: Findings from the 2015 American Values Survey
Census Shows Record-High Poverty Numbers, But Can Americans Agree on a Solution?
Thanks for signing up!
Tweet
Tweet
Tweet