Navigating family dynamics at Thanksgiving can be a challenge, especially during an election year. Given America’s deepening polarization, the holiday season may be especially tense this year. PRRI’s 2019 American Values Survey shows that Democrats and Republicans are far apart on what they view as top priorities for the country.

There is little unity across the two major political parties over what these top issues are. In fact, none of the top three issues for Democrats and Republicans overlap. Democrats (77%) believe that health care is the most critical issue, which Americans overall also cite as their top issue (65%). After health care, Democrats rate climate change (72%) and foreign interference in presidential elections (63%) as the next most critical issues.

On the Republican side of the table, the top three issues stray away from climate, health care, and election interference. Republicans list terrorism (63%), immigration (60%), and crime (50%) as their most critical issues. 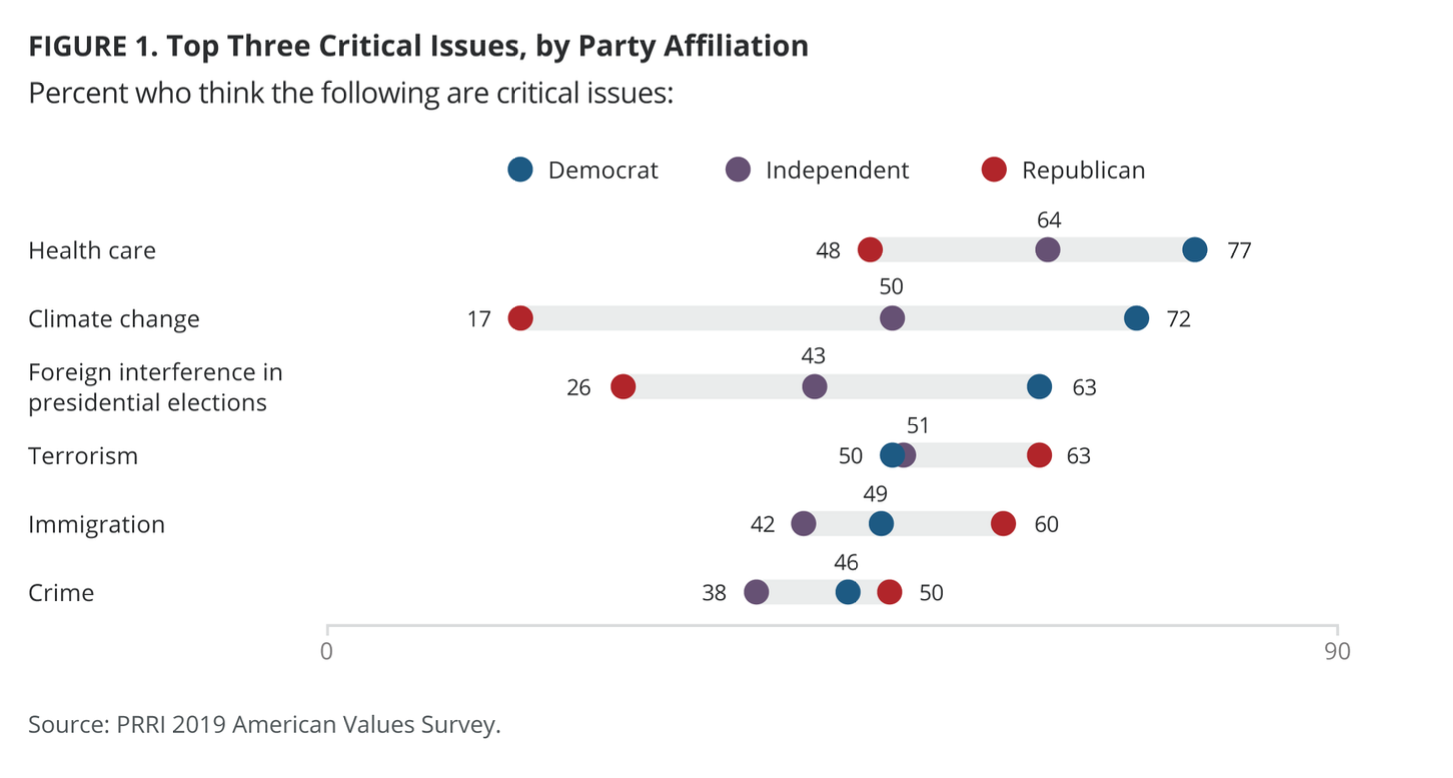 While they disagree on what issues are the most critical, Democrats and Republicans do agree on not being thrilled if their children married across party lines.

Unsurprisingly, Democrats and Republicans will not have much to agree on when talking about President Donald Trump.

Though Trump-related issues divide the parties, Republicans and Democrats agree that Trump should act more like presidents who came before him. Seventy-three percent of Americans say they would like his speech and behavior to fall in line with his predecessors. Sixty-five percent believe that he has damaged the dignity of the presidency.