As the 2020 election gears up, candidates need to appeal to specific voting blocs by focusing their support on certain issues, and religious black voters — in particular, black Protestants — are a key constituency in both the Democratic primaries and the general election. The issues black Protestants care most about are not only different from other religious and racial groups, but the breadth and intensity in which they care about issues also distinguish them. Ultimately, it would be a mistake and an inaccuracy to write off black Protestants as only caring about certain political matters.

With the 2020 presidential election soon approaching, big issues such as healthcare, immigration, and tuition-free college dominate the talking points of presidential hopefuls. In a recent PRRI survey, “Fractured Nation: Widening Partisan Polarization and Key Issues in 2020 Presidential Elections,” Americans say that healthcare (65%), terrorism (54%), and immigration and climate change (both 49%) are the top three issues they find most critical. Other issues fall further behind in support, with less than half of respondents viewing other issues as critically important. 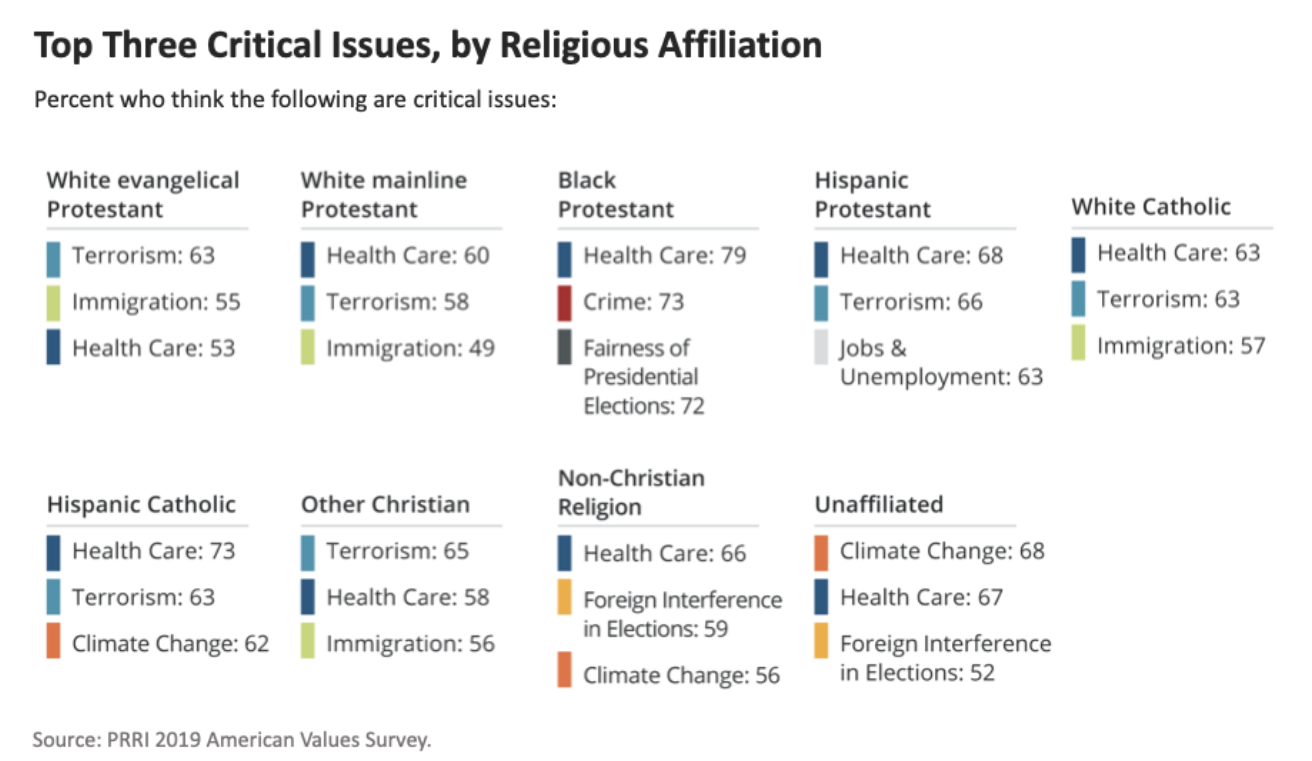 For most religious groups, the same pattern applies: the top three critical issues have majority support, and less than half of the groups say the remaining issues are critical. For example, white evangelical Protestants rank terrorism (63%), immigration (55%), and healthcare (53%) as the top three concerns. Issues such as the federal deficit and crime (47% for each) follow behind the top three and do not have majority support. However, black Protestants see more than just a handful of issues as being critically important. 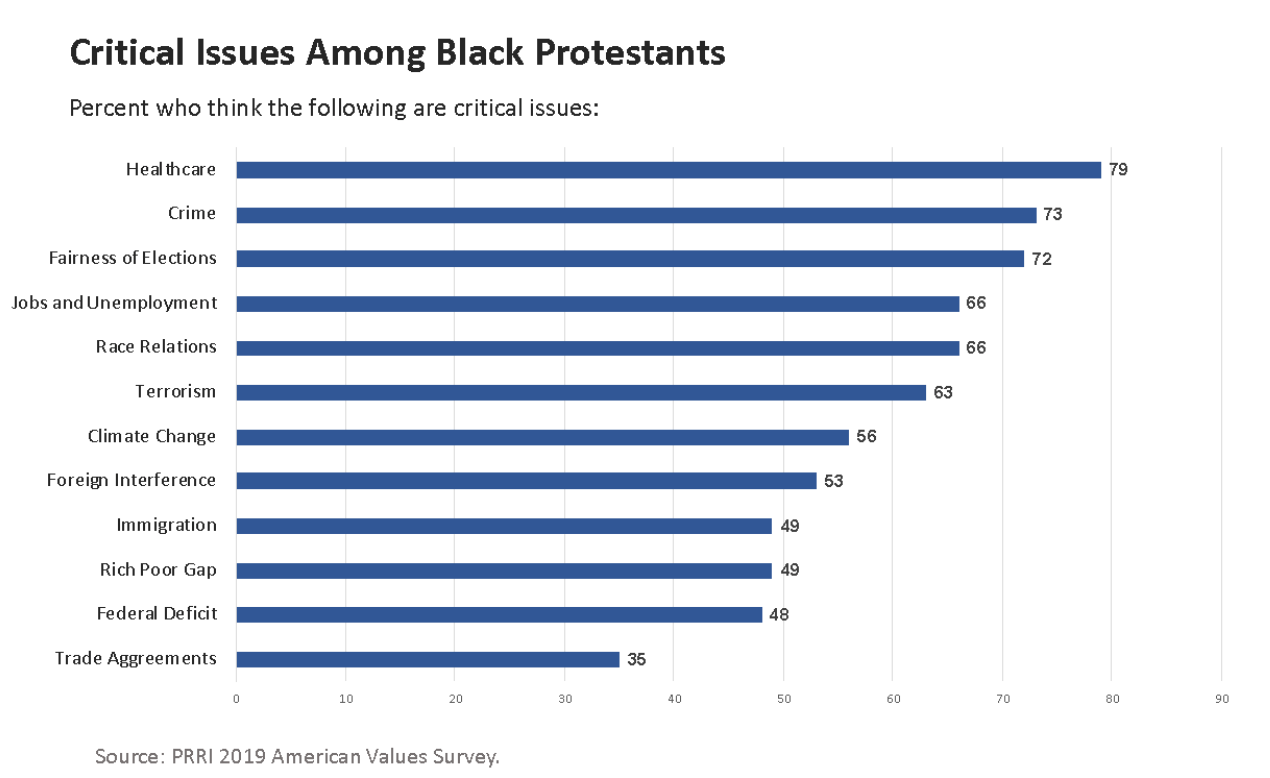 Presidential candidates who want to appeal to religious black voters will need to work to address their wide-ranging set of priorities rather than focusing on one or two key issues.