Since the beginning of the COVID-19 pandemic, anti-Asian racism has been rising rapidly across the United States. In March 2021, six Asian women were murdered in a shooting rampage in Atlanta. In 2022, an Asian American woman was pushed onto subway tracks in New York City and killed by an incoming train. Nationwide, the PRRI 2020 American Values Survey suggests that 55% of Americans agree that Asian people face lots of discrimination. Among Asian Americans, this figure jumps to 92%.[1]

Besides blatant, public racial violence, racism may also exist subtly in intimate relationships. Data collected from dating websites, such as OkCupid, show that Asian Americans, particularly Asian American men, may face more discrimination than any other racial group when it comes to romantic relationships. Moreover, recent studies have shown that white evangelical Protestants are among the most fervent supporters of Christian Nationalism, which endorses white supremacy and rejects racial and religious diversity.

Compared with whites from other religious groups, are white evangelical Protestants less likely to support interracial marriage with Asian Americans? And have these views changed over the years, particularly since the COVID-19 pandemic? From 2004 to 2021, the General Social Survey (GSS) asked respondents whether they would favor or oppose (or neither favor nor oppose) a close relative marrying an Asian American person.[2] The survey brings interesting findings to light:

By contrast, though the percentage of whites who would favor a close relative marrying an Asian American generally increased from 2004 to 2018, there was a sharp drop in 2021, most likely as a result of the COVID-19 pandemic. Furthermore, with a few exceptions, from 2006 until 2018, favorable views remained consistently lower among white evangelical Protestants than among whites from other religious groups. 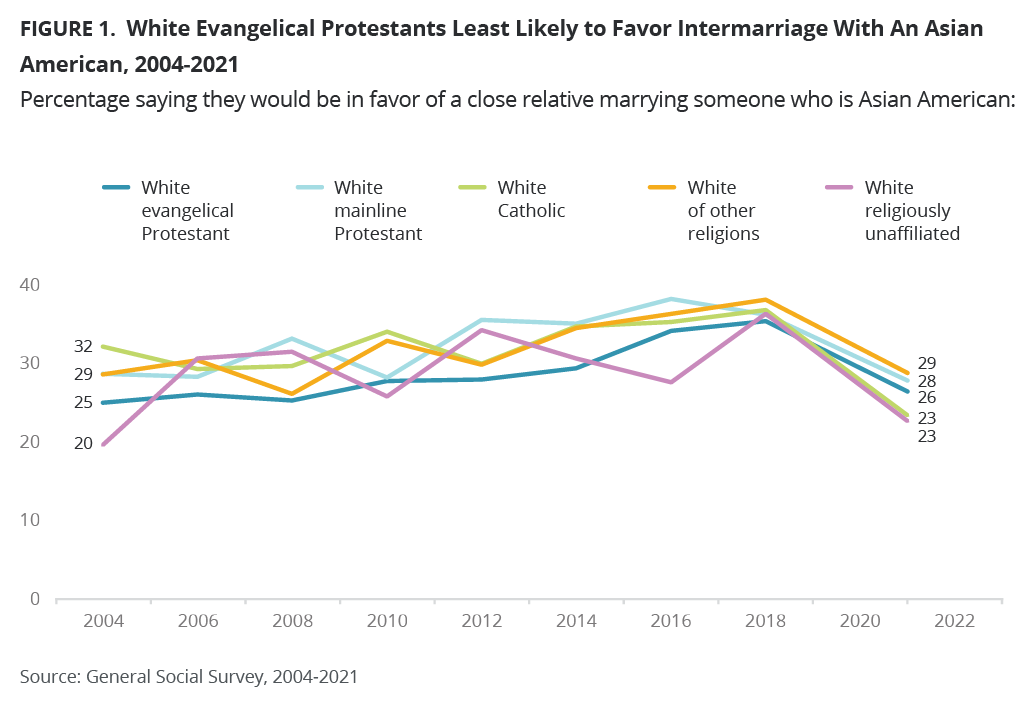 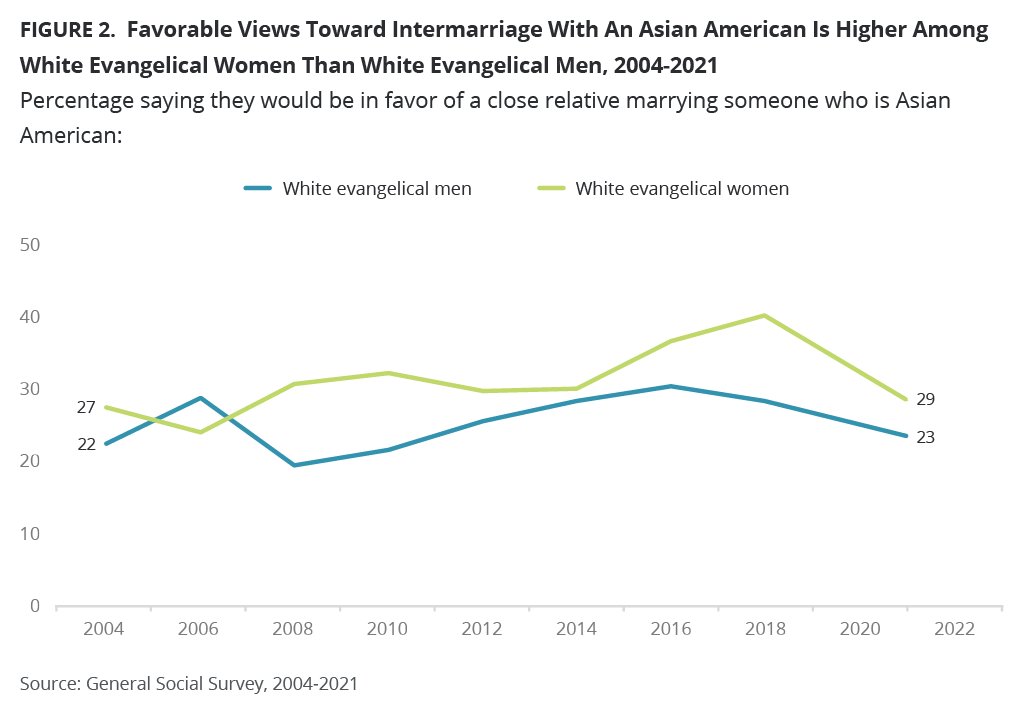 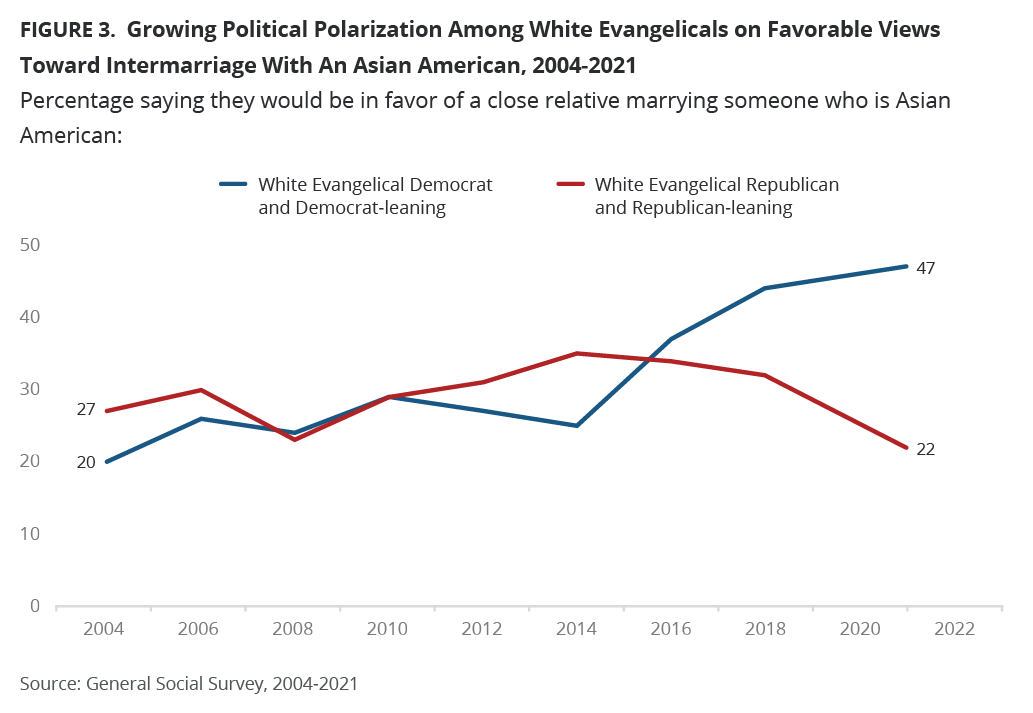 [1] The number of cases for Asian Americans was 64, which is less than the desired sample size of 100. Results should be interpreted with caution.

[2] The General Social Survey (GSS) produces nationally representative data collected by the NORC research institution. Responses to this question were recoded to count both “favor” and “strongly favor” as “favor” and both “oppose” and “strongly oppose” as “oppose.”