As the coronavirus spreads across the U.S., there is increasing evidence that minority groups are experiencing disproportionate impacts. Across the country, Hispanics are dying at 1.4 times the rate of whites, making up an increasing proportion of COVID-19 deaths. More specifically, as of August 4, 2020, it is estimated that out of the more than 155,000 COVID-19 U.S. deaths, nearly 27,500 Hispanics have died from the virus or about one out of every five deaths. With the November presidential election less than 100 days away, what does this mean for Hispanic Americans’ views of President Trump? 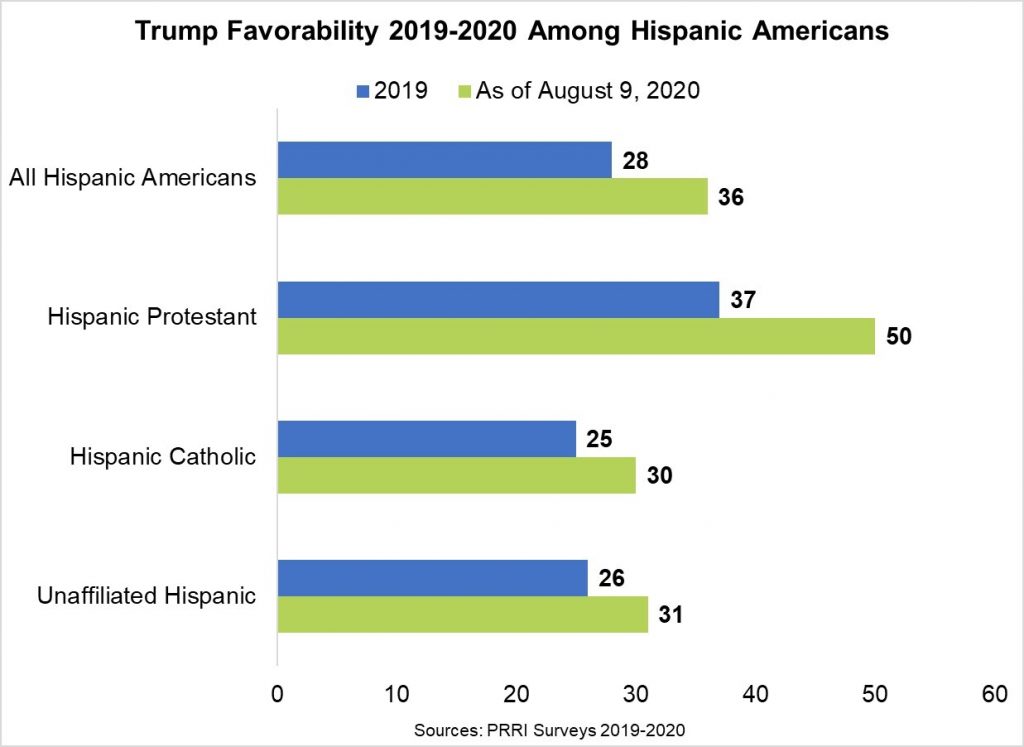 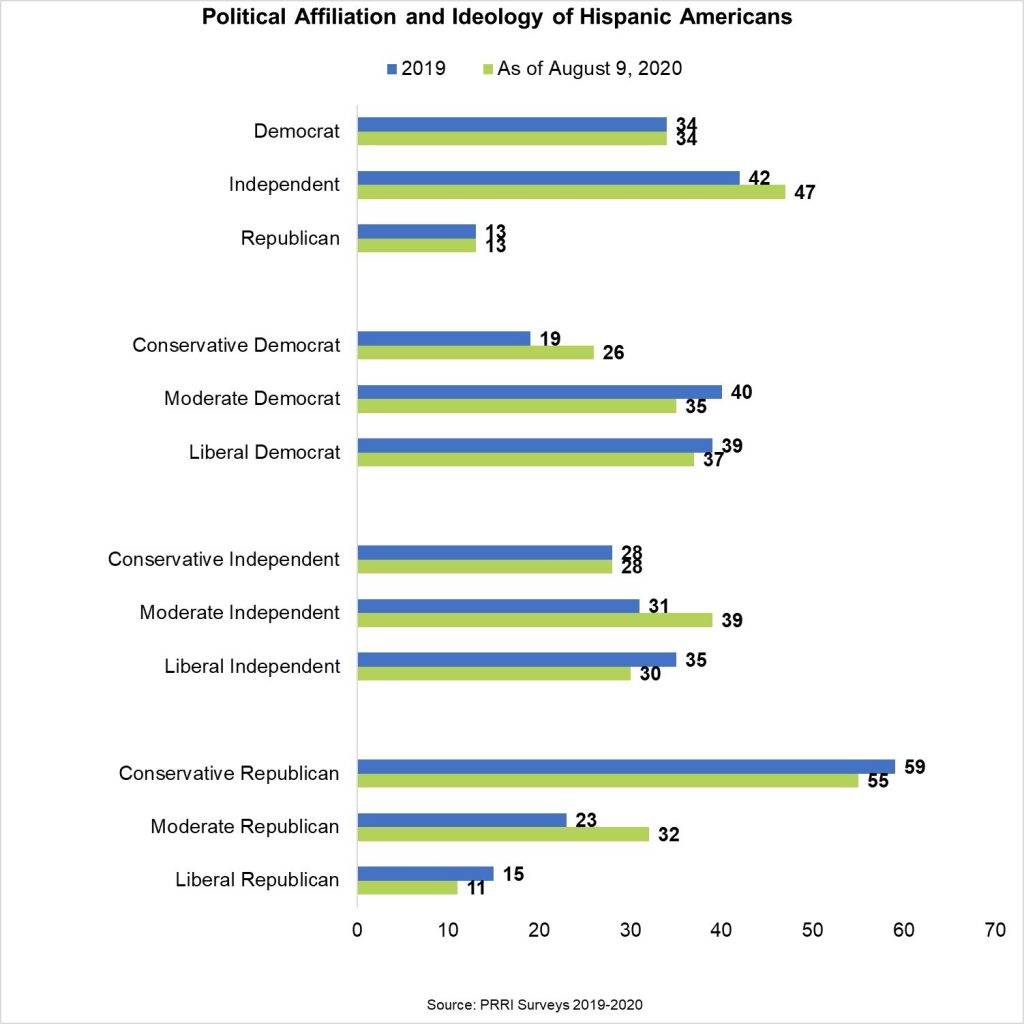 Hispanic Americans are one of the fastest-growing ethnic groups in the United States, making up about 19% of the American population in 2020 and are expected to increase to 28% in 2060. As political polarization in the United States rises during the pandemic, where Hispanic Americans live also helps understand why this group may have grown slightly more favorable toward Trump. According to AVA 2019 data, the majority of the Hispanic population is clustered in California (21%), Texas (13%), Florida (10%), and New York (8%), which explains their diversity in political views. Nearly half of Hispanic Republicans identify as conservatives in California (48%) and New York (47%), and solid majorities do in Florida (71%) and Texas (58%).[1]

[1]These results need to be interpreted with caution as the number of conservatives in New York is <100 (N=67).