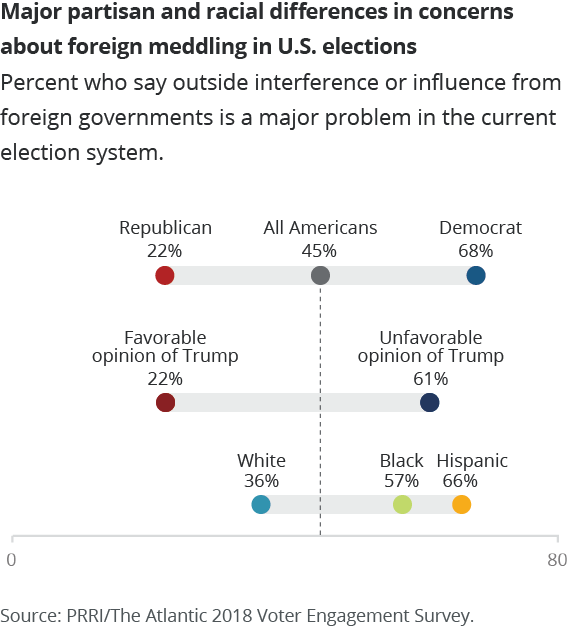 There are also wide differences of opinion between Americans of different racial and ethnic backgrounds. A majority of Hispanic (66%) and black (57%) Americans say foreign meddling is a major issue while only 36% of white Americans agree.

Related Research
American Democracy in Crisis: The Challenges of Voter Knowledge, Participation, and Polarization
Americans React to Russia and the Mueller Investigation
Thanks for signing up!
Tweet
Tweet
Tweet