As the Supreme Court continues to operate with one justice short of a full bench, Americans await a ruling in a major immigration case likely to come down this week. In United States v. Texas, the federal government challenges a Fifth Circuit decision preventing the implementation of the DAPA (Deferred Action for Parents of Americans and Lawful Permanent Residents) program, which came on the heels of the DACA (Deferred Action for Childhood Arrivals) program. 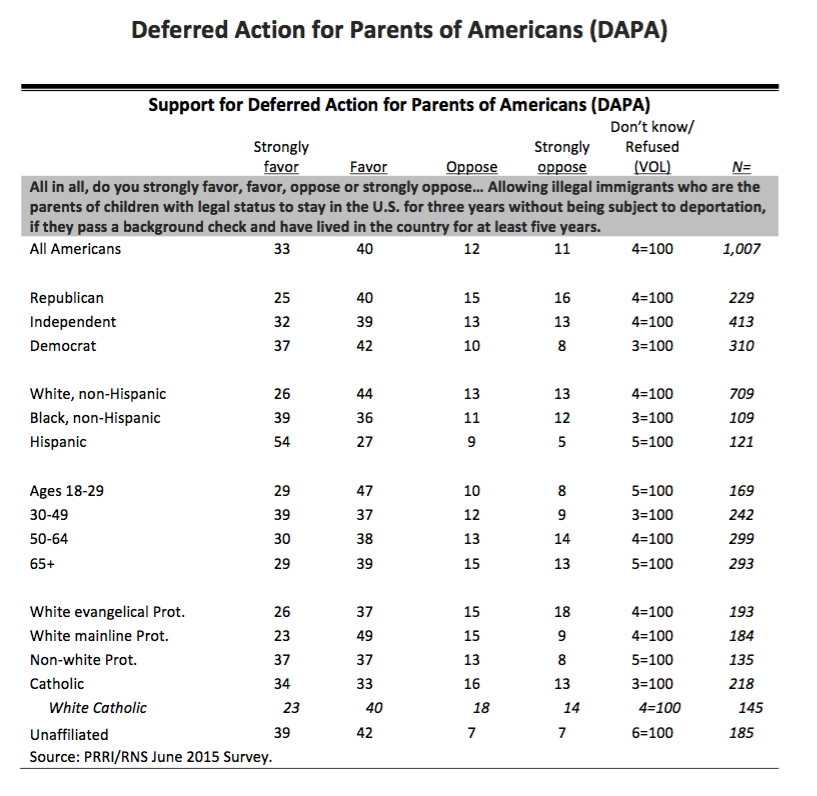 While the Supreme Court wrestles with the decision, the public has made its opinions on immigration known via a June 2015 PRRI/RNS survey. Regarding DAPA, the specific focus of United States v. Texas, most (73 percent) Americans favor allowing illegal immigrants who are the parents of children with legal status to stay in the U.S. for three years without being subject to deportation, if they pass a background check and have lived in the country for at least five years, while 23 percent oppose. Notably, there is majority support for this issue across party lines: 65 percent of Republicans and 79 percent of Democrats voice support for DAPA. 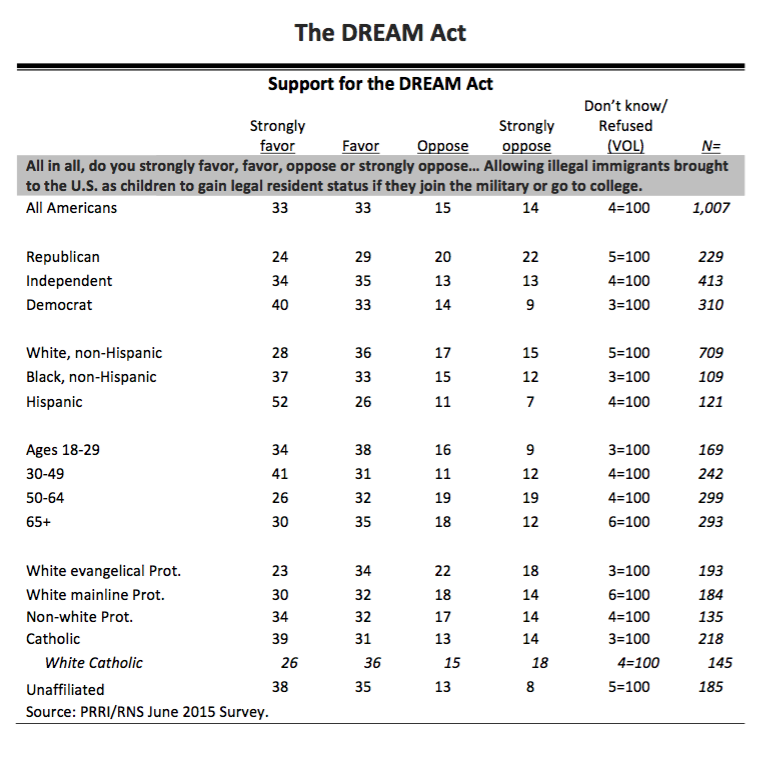 Regarding the DREAM Act, which has a similar goal to DACA, two-thirds (66 percent) favor allowing illegal immigrants brought to the U.S. as children to gain legal resident status if they attend college or join the military. Although majorities of each party support such a policy, Democrats (73 percent) show stronger support than Republicans (53 percent); 42 percent of Republicans oppose this immigration policy.

For more on immigration, register to attend the release of the upcoming PRRI/Brookings report. A livestream of the event will also be made available; you can register to receive the link on the registration page.

Related Research
How Americans View Immigrants, and What They Want from Immigration Reform: Findings from the 2015 American Values Atlas
Most Americans Believe Protests Make the Country Better; Support Decreases Dramatically Among Whites if Protesters are Identified As Black
Nearly 7-in-10 See Unaccompanied Children Coming to U.S. as Refugees, Not Illegal Immigrants
Thanks for signing up!
Tweet
Tweet
Tweet