Yearly, Americans observe Presidents Day in celebration for George Washington’s birthday and in remembrance of our nation’s leaders, both past and present. Using PRRI’s 2016 American Values Survey, we took a look at Republicans’ and Democrats’ favorite past presidents. 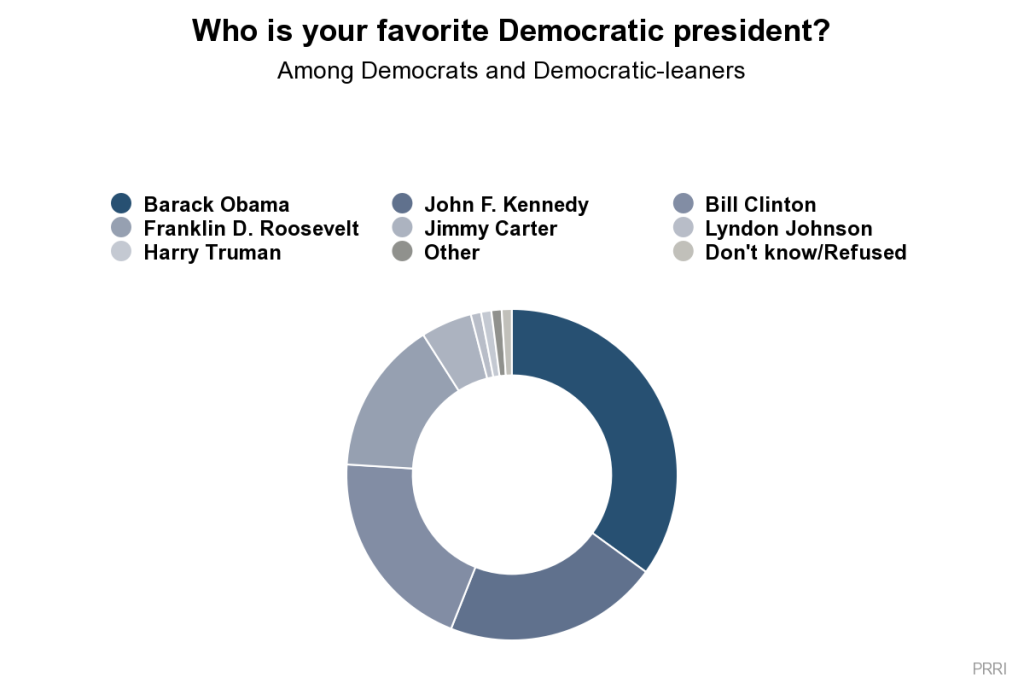 No one president stands out as the singular favorite among Democratic and Democratic-leaning Americans. More than one-third (35 percent) of Democrats cite President Barack Obama as their favorite president, while about one in five name John F. Kennedy (21 percent) or Bill Clinton (20 percent) and another 15 percent name Franklin Delano Roosevelt. Only five percent of Democrats say Jimmy Carter is their favorite president, and one percent each select Lyndon Johnson or Harry Truman. 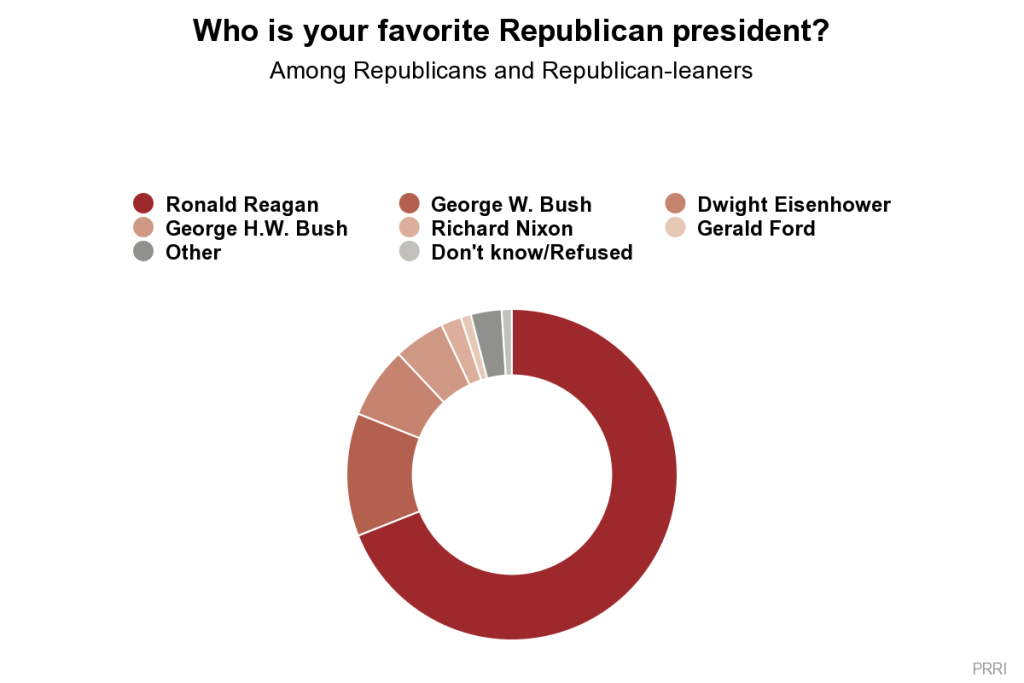