I. The Battle Lines in the “War on Christmas”: Religious, Political, and Generational

Nearly half (49%) of Americans agree stores and businesses should greet their customers with “happy holidays” or “season’s greetings” instead of “merry Christmas” out of respect for people of different faiths. However, a substantial minority (43%) disagree.  Support for saying “happy holidays” or “season’s greetings” is up slightly since December 2010, when 44% preferred that businesses use less religious greetings.

The political divisions are stark. Roughly 6-in-10 (61%) Republicans favor using “merry Christmas” over “happy holidays,” while nearly as many (58%) Democrats say the opposite.

There is also a wide gulf of opinion between the youngest and oldest Americans. Nearly two-thirds (66%) of young adults (ages 18-29) support stores and businesses using a non-religious greeting, a view shared by fewer than 4-in-10 (39%) of America’s seniors (ages 65 and older).

II. Christmas: A religious holiday for most, but not all, Americans Seniors are nearly twice as likely as young adults to say they will be celebrating Christmas as a strongly religious holiday (51% vs. 26%).

Among those celebrating Christmas, white evangelical Protestants (68%) and minority Protestants (57%) are much more likely than white mainline Protestants (27%) or Catholics (28%) to report reading the Christmas story from the Bible.

Nearly half (49%) of Americans say they believe the story of Christmas – that is, the virgin birth, the angelic proclamation to the shepherds, the star of Bethlehem, and the wise men from the East – is historically accurate. By contrast, four-in-ten (40%) say it is a theological story to affirm faith in Jesus Christ. Roughly 1-in-10 (11%) Americans say they are not sure.1

A majority of every major religious group affirms the story of Christmas to be historically accurate, although there are notable differences in intensity. Eight-in-ten (80%) white evangelical Protestants agree that the Christmas story is historically accurate, as do 6-in-10 (62%) minority Protestants, a majority (56%) of white mainline Protestants and a slim majority of Catholics (51%). Nearly 7-in-10 (68%) religiously unaffiliated Americans disagree, saying it is a theological story designed to affirm faith in Jesus Christ.

Belief in the historical accuracy of the Christmas story in the Bible has dropped 18 percentage points during the last decade. In 2004, two-thirds (67%) of Americans said that the story of Christmas was historically accurate, compared to only 24% who said it was a theological story.1

Americans who celebrate Christmas are personally planning to spend an average of $914 this Christmas and holiday season, although there are significant differences in spending levels across income and age groups.

More than one-third (34%) of Americans celebrating Christmas report that they shopped for gifts at retail stores on Black Friday. Americans most likely to shop on Black Friday include those making between $30,000 and $50,000 a year (47%), young adults (50%), and black Americans (53%).

IV. The Distinct Profile of Evangelicals at Christmas

CNN
Why atheists should quit the ‘War on Christmas’

Religion News Service
Christmas question: When it comes to Jesus, how true is “true”? 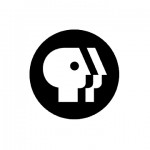