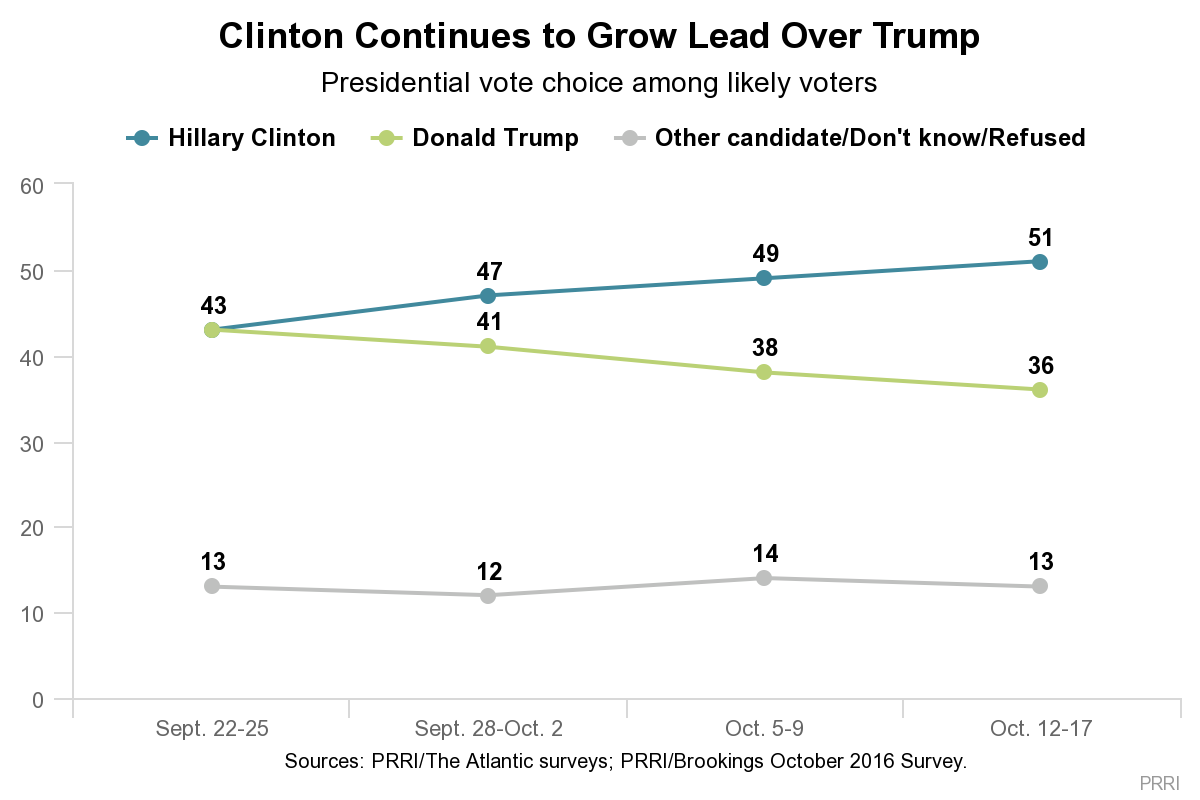 Democratic voters are more likely to support Hillary Clinton than Republican voters are to support Donald Trump. Ninety-five percent of Democratic likely voters say they are supporting Clinton while roughly nine in ten (87%) Republican likely voters report they are supporting their party’s nominee. Clinton has opened up a substantial lead with independent voters, who are supporting her by a 16-point margin (46% vs. 30%, respectively). Notably, roughly one in four independent voters say they will be casting a ballot for a third-party candidate (17%) or report no candidate preference at all (7%).

Clinton continues to benefit from her overwhelming lead among female likely voters, who favor Clinton over Trump by a margin of nearly two to one (57% vs. 31%, respectively). Male likely voters are nearly evenly divided in their candidate preferences, with roughly four in ten supporting Clinton (44%) and Trump (40%). This represents a stark reversal from last week, when Trump held a considerable advantage over Clinton among male voters (48% vs. 37%, respectively).

Democratic congressional candidates have a significant lead over their Republican opponents in the generic ballot. A slim majority (52%) of likely voters report they are currently supporting or leaning towards voting for the Democratic candidate in their congressional district, while 40% say they will be supporting the Republican candidate.

Compared to 2011, Americans today are more likely to say elected officials can still perform their public duties in an ethical manner even if they have committed immoral personal acts. More than six in ten (61%) Americans say immoral personal behavior does not preclude public officials from carrying out their public or professional duties with honesty and integrity; only 29 percent of the public disagree. In 2011, the public was much more divided over the connection between personal behavior and professional ethics. Forty-four percent of Americans said public officials could still conduct themselves honorably in their professional duties even if they had engaged in immoral behavior in their personal life; an equal number (44%) of Americans disagreed.

Across the political spectrum, Americans today are less likely to believe personal transgressions prevent public officials from performing their duties well. Seven in ten (70%) Republicans and more than six in ten Democrats (61%) and independents (63%) say public officials can behave ethically in their professional roles even if they acted immorally in their personal life. Notably, in 2011 only 36% of Republicans agreed, compared to nearly half of Democrats (49%) and independents (46%). 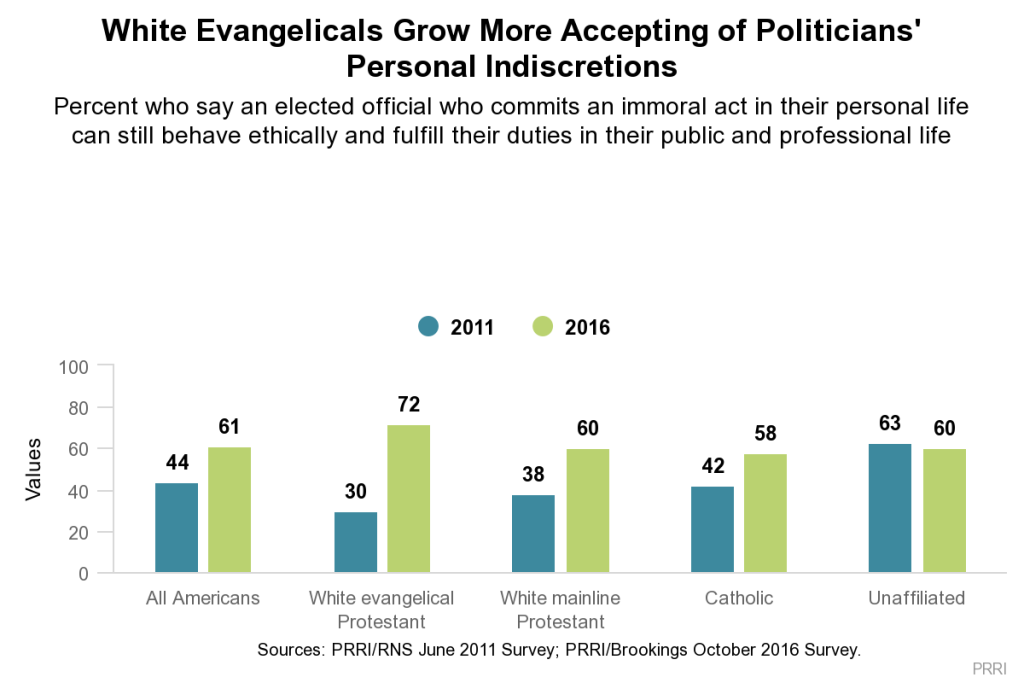 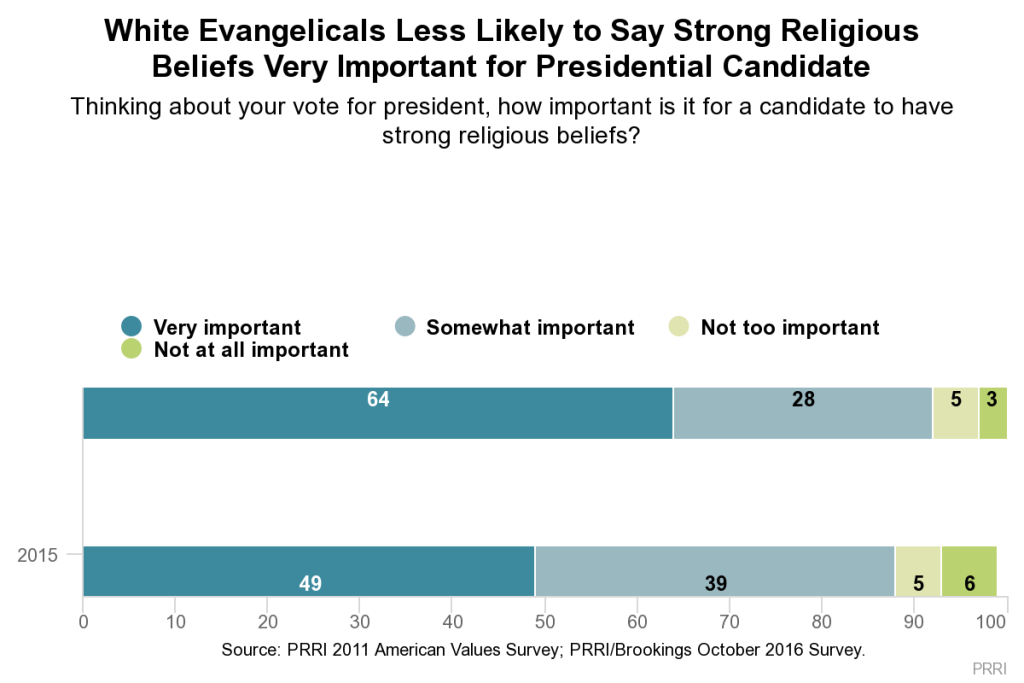 1 Likely voters include all registered voters who report that they are absolutely certain to vote in this election. All references to “voters” are “likely voters” in this analysis.

Religion News Service
Is there a ‘Trump effect’ on public morality?

The Washington Post
The Trump effect? Evangelicals have become much more accepting of politicians’ ‘immoral’ acts. 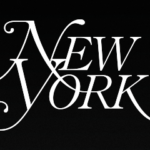