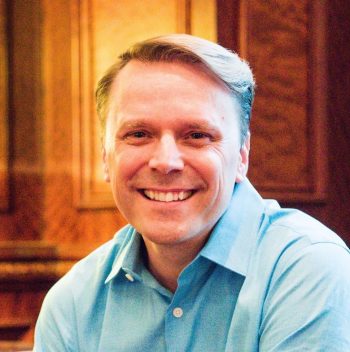 The Rev. Dr. Nathan C. Walker is executive director of 1791 Delegates, a delegation of First Amendment and human rights educators named after the year the Bill of Rights was ratified. In this capacity, he serves as the managing director of The Foundation for Religious Literacy and founder of ReligionAndPublicLife.org. Walker teaches First Amendment law and human rights at Rutgers Honors College. He previously served as the executive director of the Religious Freedom Center and as the senior minister and executive director of the First Unitarian Church of Philadelphia. Walker published five books, including, The First Amendment and State Bans on Teachers’ Religious Garb (2019) and Cultivating Empathy (2016). He coedited The Oxford Handbook on Religion and American Education (2018) and Whose God Rules? (Palgrave Macmillan 2011). Walker served as a resident fellow in law and religion at Harvard University and received his doctorate in First Amendment law from Columbia University, where he received his Master of Arts and Master of Education degrees. Reverend Nate received his Master of Divinity degree from Union Theological Seminary. He is an ordained Unitarian Universalist minister and currently serves as the affiliated community minister for religion and public life at the Church of the Larger Fellowship.